Do you understand enough about the Big Bang theory to challenge it?

Is cosmology, the Big Bang theory is king. It wasn’t always that way, but over the years the evidence has mounted and, for the most part, astronomers are convinced it’s the best we have.

So why do many people hate it? Black holes, invisible dark matter and the idea of the cosmos being born in a millisecond defy plain common sense. 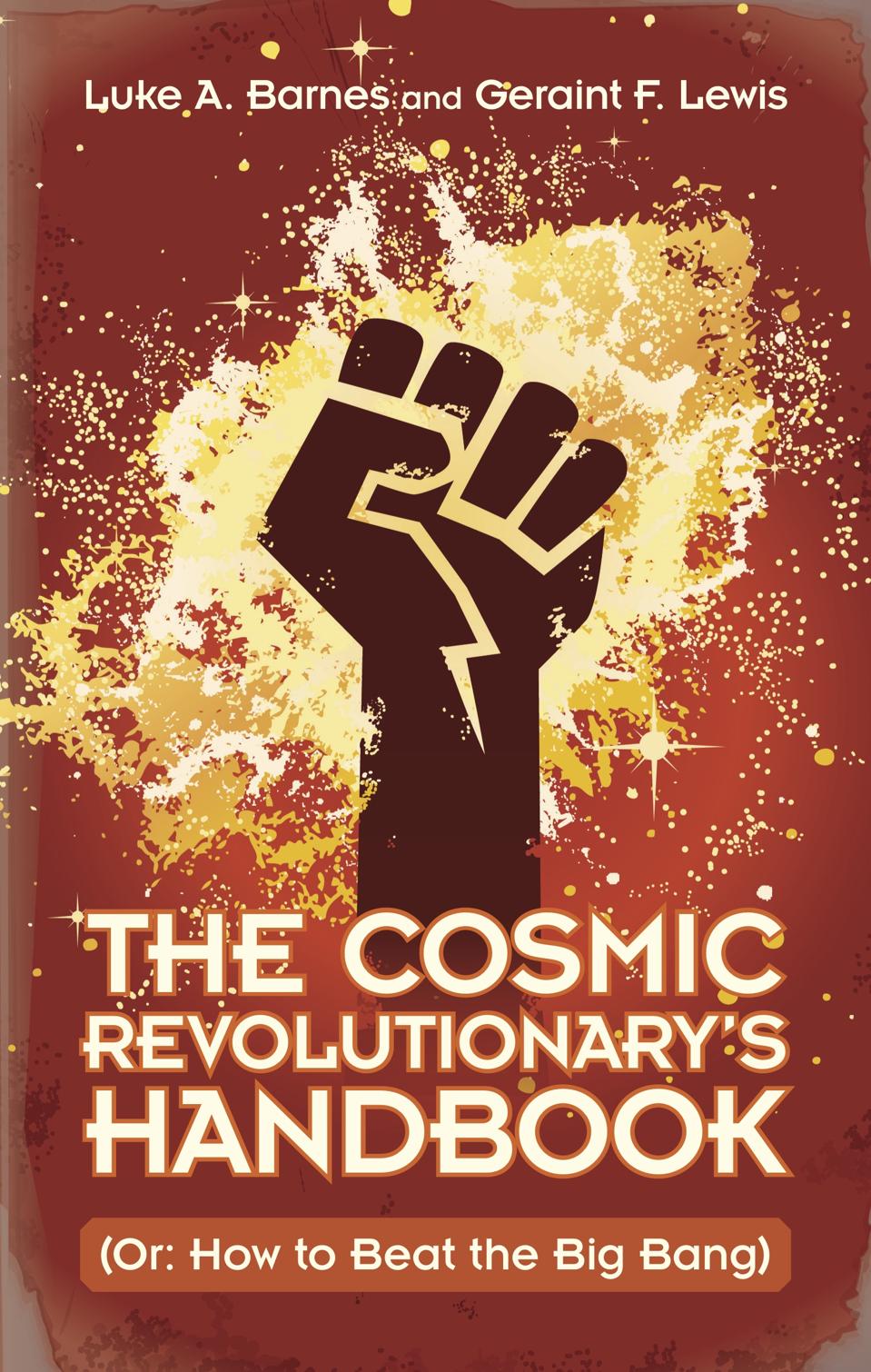 The Cosmic Revolutionary’s Handbook (Or: How to Beat the Big Bang) By Luke A. Barnes and Geraint F. … [+] Lewis

Frustrated by people telling them how to do their job, two astronomers set-out to answer the questions and criticism they are so frequently sent. The result is The Cosmic Revolutionary’s Handbook (Or: How to Beat the Big Bang), which sets out exactly what any Big Bang theory-hater needs to explain before a new theory can even begin to take hold.

“As cosmologists, our job is to explain the Universe as a whole—it’s structure, constituents and evolution,” said Dr Luke A. Barnes is a postdoctoral researcher at Western Sydney University. “People email us with their ideas about how the Universe works, and while we love their enthusiasm, we found ourselves sending the same kind of reply over and over again.”

In the book Barnes and colleague Professor Geraint F. Lewis, Professor of Astrophysics at the Sydney Institute for Astronomy, part of the University of Sydney’s School of Physics, explain that while science isn’t perfect, nor is it arbitrary.

The result is a plan for overthrowing the Big Bang theory, which details exactly what any challenger needs to explain before proposing a new kind of theory.

“The point of the book is that the Big Bang theory has a solid track record of explaining well-established facts about the Universe,” said Barnes. “If you want to challenge the Big Bang theory, you’d better be able to explain the basics before you have a shot at explaining mysteries like dark matter.”

They also stress that because astronomers measure the Universe, any new theory had better have some maths in it somewhere … as well as a distinct lack of fonts, formatting inconsistencies, and rants on social media.

What is the Big Bang theory?

At its core the book tries to explain the messy business of how astronomers came to believe in the Big Bang theory in the first place. “The real core of the Big Bang theory is this: in the past, the Universe was hotter, smoother and denser,” said Lewis. “That’s what generates precise scientific explanations of the Universe we see around us. Many people think that the theory says that our Universe began by exploding into empty space, whereas the Big Bang theory describes the expansion of all of space, and the beginning is at best a plausible implication of the theory.” 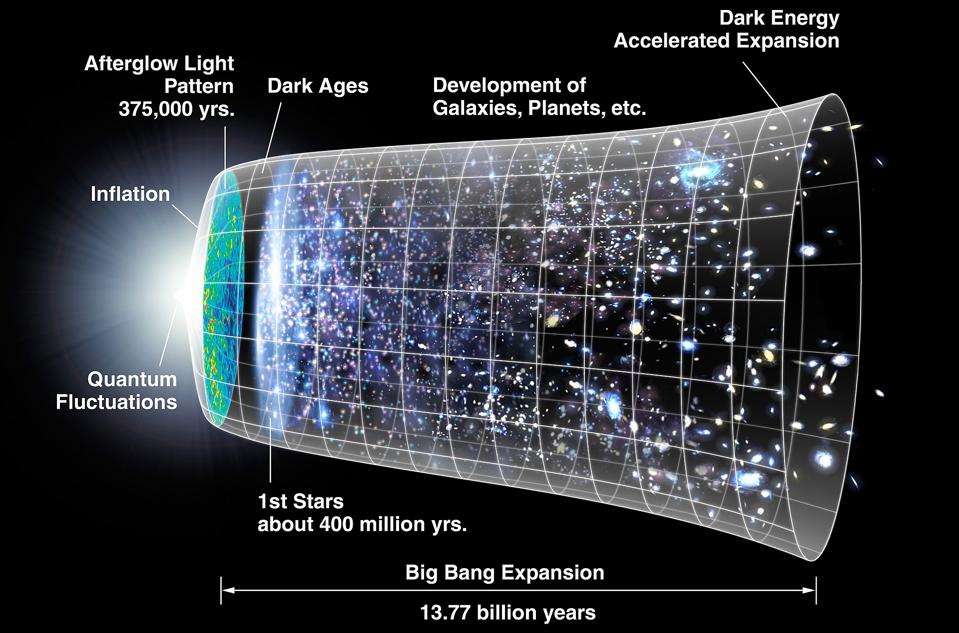 Why science isn’t about self-appointed ‘experts’

The authors do their best to stress that science isn’t perfect and that the Big Bang theory’s journey from crackpot idea to accepted science has been long and messy, and isn’t over yet—no idea scientific is ever proved to be true beyond any doubt. That’s largely because some people make a massive mistake about where science comes from. “We find that science is either idealised into a perfect knowledge-generating machine run by robots, or denigrated as a greedy power grab by self-appointed ‘experts’ whose job is to confuse us with big words and mathematics,” says Lewis.

“The mistake that would-be cosmic revolutionaries make is assuming that, because a scientific idea is popular, it must owe its popularity to psychological or sociological or political reasons.”

In short, scientific ideas don’t reign supreme by accident; they must explain something to have any appeal to scientists. “We wanted to show the real process of science, and lay out the reasons that cosmologists have for holding onto the Big Bang, while at the same time acknowledging its limitations,” said Barnes.

There are some problems with the Big Bang theory, which the authors gleefully discuss in the last chapter. “It’s not clear whether it explains why galaxies are arranged as they are, and it doesn’t quite predict the correct cosmic abundances of the elements,” said Lewis. “There is a big question mark at the start of the Universe as well—it looks like a beginning, but our theories get a bit fuzzy.” The Big Bang theory also requires the existence of mysterious material called dark matter and dark energy.

So is the Big Bang theory incomplete? Yes—and that’s the scientific method right there.

So will someone overthrow it one day and, at last, beat the Big Bang theory?

“It’s more likely that the story of the Big Bang will become part of a larger story,” said Barnes. After all, Nicolaus Copernicus’ model of a Sun-centric Universe was never overthrown per se; Johannes Kepler simply refined the orbits of the planets, Isaac Newton explained the forces, and modern astronomy has placed our Solar System in our galaxy and expanding space. “We can only use observations and theory to peer so far back in time,” said Barnes. “So, for the Big Bang, there is plenty of room for a prequel, which explains what happened in the earliest fraction of a second of the life of the Universe.”

“Similarly, we can only see so far in space, to our cosmic horizon,” said Barnes. “The Universe over the horizon could have the same properties as ours, or we could be part of a vast and variegated multiverse. But, as in the past, if you want to start a cosmic revolution, you’ve got to do it right.”

The power of new ideas

The Big Bang theory-haters all aspire to be cosmic revolutionaries—and that’s precisely what all scientists want to be, too. “Sometimes, a new idea completely overturns the way we look at the cosmos,” said Lewis, citing how Copernicus, Galileo, Kepler and Newton showed us that we were part of a unified cosmos. “Einstein, Lemaitre, Friedmann, Hubble and others showed that our Universe is not static but expanding,” said Lewis. “Throughout the 20th century, astronomers mapped out our location among the stars of our galaxy, and our galaxy’s place in the cosmos.”

“Maybe we’ve got the picture roughly correct, or maybe we’re just waiting for the next Newton or Einstein to show us an even grander picture of the physical Universe.”