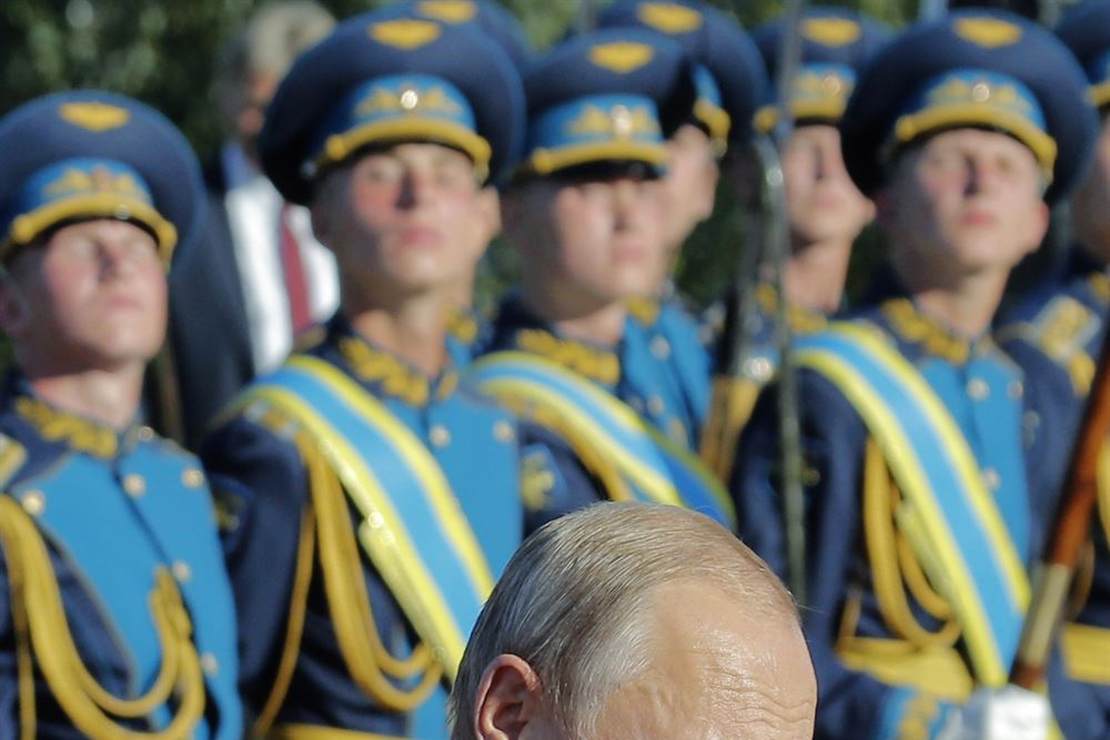 Yesterday, Ed looked at a series of explosions at Russian air bases and suggestions that the attacks were carried out by Ukraine. If so, those were some bold moves on Zelensky’s part. But some additional fuel was literally tossed on the fire today after a fire broke out at a Russian airport in the southern Kursk region near the Ukrainian border. The fire was blamed on a drone attack by the regional governor, leading to fresh suspicions that Ukraine was behind this strike as well. The fire was reportedly brought under control quickly without too much disruption of services, but if this really was a Ukrainian attack, it will almost certainly be seen as provocative in Moscow. (Associated Press)

A fire broke out early Tuesday at an airport in Russia’s southern Kursk region, which borders Ukraine, the regional governor reported, blaming a drone attack.

The fire occurred the day after Moscow blamed Kyiv for drone strikes on two air bases deep inside Russia and launched another wave of missile strikes on Ukrainian territory.

“As a result of a drone attack, an oil reservoir caught on fire in the area of Kursk airport. The fire is being contained. All emergency services are working on the spot,” Kursk Governor Roman Starovoy said in a Telegram post.

Kursk Vostochny Airport is barely 40 miles from the Ukrainian border and there’s a road running straight to it from the closest Ukrainian city. Unlike the targets that were hit yesterday, it probably wouldn’t be too difficult for a small Ukrainian unit to make it up there with a few drones, hit the oil tanker, and make it back over the border in short order. But Ukraine has yet to take credit for any of these strikes, so we still can’t say for sure who is responsible for the attacks that have taken place this week.

Ed offered two primary possibilities to address this question. One is that Ukraine has been sending paramilitary units deep into Russia to conduct these strikes. The other is that Putin is doing it himself as part of a false flag operation. Both are viable explanations, but I would like to offer a third option. What if these attacks are being conducted by Russian citizens who oppose the war and are hoping to influence Moscow to abandon the invasion?

I don’t think it’s really all that crazy of an idea. Given how common drones have become, almost anyone might have been able to rig up an incendiary device to one. And if this was the work of some local Russian talent, they could probably pull it off and blend into the background quickly and without notice. As far as strategy goes, support for the war among the Russian people has already been waning. If they start taking damage in their own cities, opposition to the war may increase further, potentially to the point where Putin starts having second thoughts and looking more seriously for an off-ramp.

If these were all Ukrainian attacks, I don’t begrudge Zelensky for taking the fight to Putin on his home turf. Russia literally launched a military invasion of Ukraine and started a war. It’s completely legitimate for Ukraine to fire back on Russian targets under the usual rules of engagement. Of course, if you push Putin too far, he may go back to looking at a tactical nuclear strike in reprisal. If that happens, all bets are off as to what comes next.

Something needs to be done to stop or at least slow down Russia’s attacks on Ukraine’s energy grid or a lot of people will be freezing to death in the dark very soon. I don’t know if these attacks on Russian targets are the way to make that happen, but nothing else has worked thus far. It’s at least worth a shot.