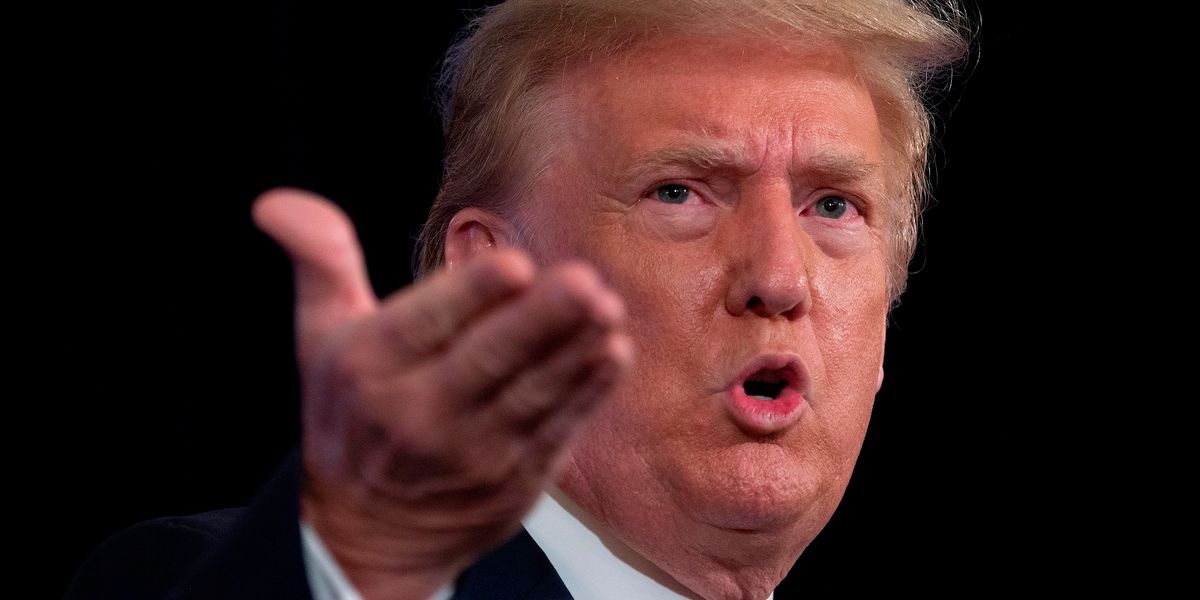 During a press conference at President Donald Trump’s New Jersey resort Friday evening, a reporter attempted to corner the president while suggesting attendees who weren’t wearing masks were breaking the law under the state’s COVID-19 restrictions.

But the president drew cheers and applause when he assured the journalist that the invited guests were well within compliance, explaining, “It’s a peaceful protest.”

President Trump announced with a few hours notice that he would hold a press conference at his private club in Bedminster, so several members filed in to witness the event.

As it was wrapping up, a reporter addressed the president, saying, “You said that the pandemic is disappearing, but we lost 6,000 Americans this week and just in this room you have dozens of people who are not following the guidelines in New Jersey.” The crowd reacted with boos.

As the audience cheered, Trump continued, “You know, to me they look like they all pretty much have masks on, but you know, you have an exclusion in the law that says ‘peaceful protests or political activity.'”

He continued, “You can call it political activity but I would call it peaceful protest because they heard you were coming up, and they know the news is fake. They understand it better than anybody.”

Social distancing and mask mandates have become a political issue in an already-contentious climate.

Democrats criticized President Trump for resisting to wear a mask in photos during the early days of the coronavirus crisis, but several Democratic politicians have faced accusations of hypocrisy for giving a pass to massive crowds at Black Lives Matter protests while implementing stringent guidelines and even prohibitions for other activities in their jurisdictions.

So, what was the press conference about?

President Trump announced plans to issue an executive order requiring health insurers to cover all preexisting conditions, saying it “has never been done before.”

The outlet reported that “insurance companies are already required to cover patients with preexisting conditions” under Obamacare.