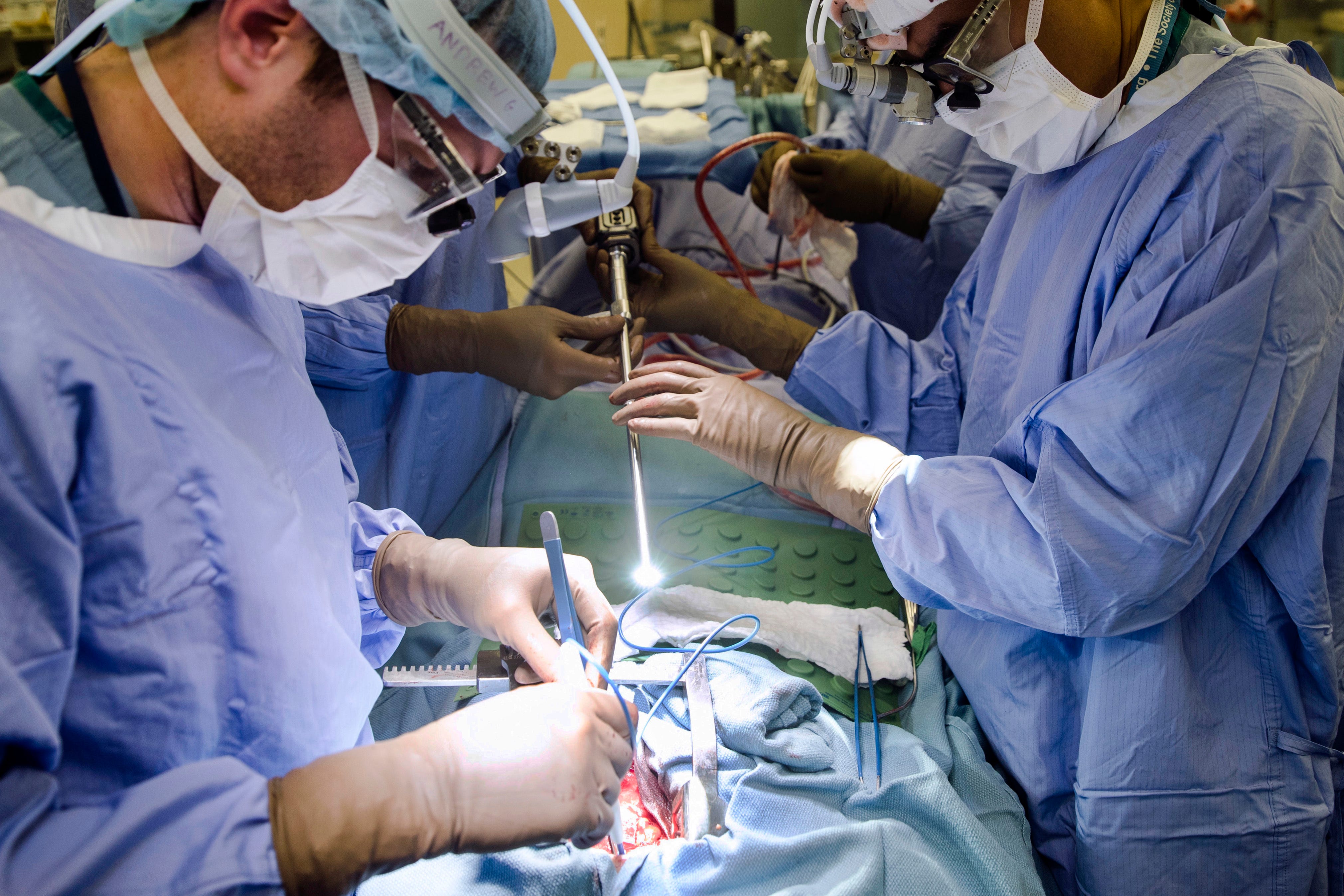 DENVER — Gary Sloane Jr. was counting down the days until his planned surgery: April 22, 2020.

But with just over a month to go before his surgeons were set to repair a massive hernia caused by his liver transplant, the coronavirus outbreak prompted them to delay the surgery they deemed elective.

“If you could see a picture of this hernia, it goes from my where my ribs are and hangs completely down. You can touch my belly and feel my intestines on the inside. It’s horrible,” said Sloane, 45, who lives near Buffalo, New York.

Margie Thompson, 64, was supposed to be having her hip replaced April 6. Bad knees and an active lifestyle left the Denver-based associate professor in chronic pain and anxiously awaiting her surgery. Like Sloane, Thompson saw her procedure delayed indefinitely.

“It’s just hard to live everyday life. It’s hard to teach, I often have to sit down,” she said. “This has really limited my physical activity.”

US coronavirus map: Tracking the outbreak

As the coronavirus outbreak began spreading last month, doctors across the country cancelled tens of thousands of non-urgent surgeries so that hospitals and medical professionals could begin clearing bed space and freeing up staff to prepare for the now-growing number of coronavirus patients.

“Deferring elective procedures does not mean they cannot or will not be done in the future once we see our COVID-19 response needs decrease,” Adams wrote in USA TODAY. “We are at a critical point in our global and national response to an unprecedented pandemic, and it will take sacrifice and an all-of-America effort.”

White House predictions say as many as 240,000 people may die from the virus, with hundreds of thousands more predicted to get sick and require lengthy hospitalizations.

While the surgery cancellations might have seemed overly aggressive at first, what we’re seeing today as coronavirus caseloads skyrocket proves it was the right move, said Dr. David Battinelli, chief medical officer of Northwell Health, the largest healthcare provider in New York.

Right now, the system has about 2,500 COVID-19 patients, with 600 in intensive care, Battinelli said, and workers there are reeling from the recent coronavirus death of one of their own senior physicians. That doctor’s death has brought home to the Northwell community just how serious this fight is.

“It was all hands on deck redeploying all of our providers,” Battinelli said. “We knew that we were going to have to build capacity within our hospitals to handle COVID patients.”

Battinelli said managers at Northwell, which has 23 hospitals and nearly 800 outpatient facilities, have begun assessing which of the delayed procedures need to be rescheduled, and how quickly.

“When you say elective, a person on the street might think, well, maybe they didn’t need it at all,” he said. “Some of these planned procedures can’t be put off that long.”

Like many health care systems, Northwell used the delay between cancelling surgeries and the increase in coronavirus patients to assess which rooms could be used for critical care, which ones could be doubled-up with patients, and which ones could be equipped with ventilators to create makeshift ICU beds.

He said doctors and administrators at Northwell hope the quarantine measures put in place by public health officials can bring the number of coronavirus cases down over the next several months, allowing non-emergency surgeries to resume perhaps late this summer.

While delaying such surgeries impacts patients who must wait for pain relief or to confirm a cancer diagnosis, the delays also financially hurt the surgical teams and hospitals that would otherwise be conducting them.

“This is going to be a big story as places are peaking and then trying to take care of the backlog,” Battinelli said. “We really do believe we’re going to be dealing with the tail end of this for many months.”

Sloane and Thompson both said they’re not sure when they will get their much-needed surgeries. But both said they understand the reason for the delay. Sloane said he doesn’t want to be near a hospital right now, given the outbreak, but still frets about how he can’t work until his stomach gets repaired.

“To have that taken away from you, it’s kind of devastating,” Sloane said. “I just want it done. But I know it’s going to be a long time before I can have this surgery. I just know it. I’ve been waiting for over a year. I mean, I’m alive, and that’s the best thing I can say about all of this. But how long am I going to have to go like this?”