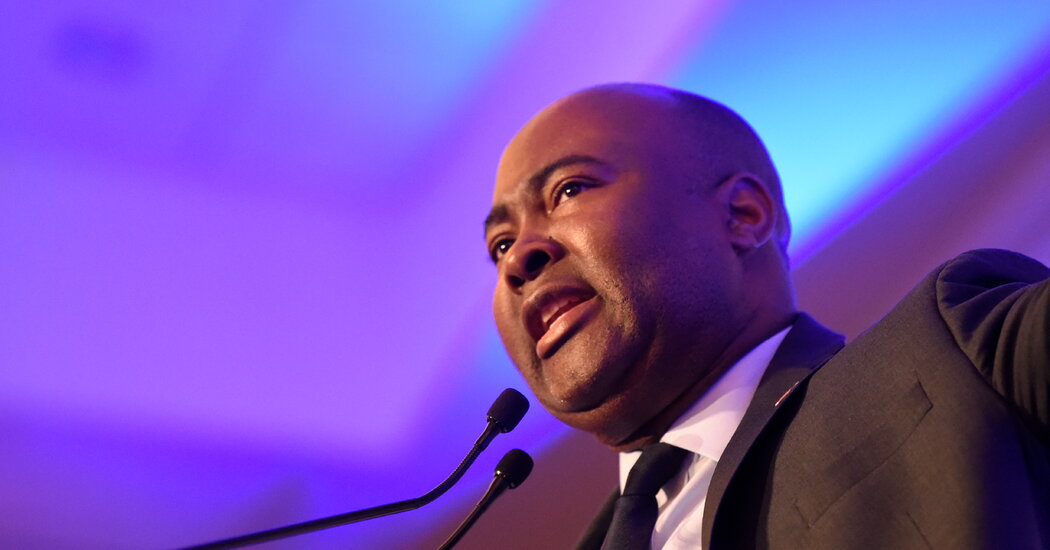 Jaime Harrison, the Democrat challenging Senator Lindsey Graham of South Carolina, raised an astonishing $57 million in the third quarter, the highest quarterly fund-raising total for any Senate candidate in United States history and part of an enormous flood of money pouring into Democratic campaigns.

From South Carolina to Maine to Alaska, Democratic challengers in races that will determine control of the Senate have been out-raising incumbents for months. But money began to arrive at extraordinary rates after Justice Ruth Bader Ginsburg died last month and Senate Republicans pledged to push through a replacement despite the narrow window before the election and their blockade of President Barack Obama’s nominee in 2016.

Now, the Republican Party is being forced to mount expensive defenses of seats it once thought were safe, stretching its resources to hold on to a Senate majority that it hopes will check Joseph R. Biden Jr.’s power if he wins in November.

Mr. Harrison did not so much break a fund-raising record as shatter it: Before this year, the biggest quarterly haul for a Senate candidate was $38 million, raised by former Representative Beto O’Rourke of Texas during his challenge to Senator Ted Cruz in 2018. Mr. Harrison blew past that by nearly $20 million, raising more than twice as much in a single quarter as Mr. Graham — who has not yet announced his third-quarter numbers — reported raising in the previous six quarters combined.

Theresa Greenfield, the Democrat challenging Senator Joni Ernst of Iowa, reported raising $28.7 million in the third quarter, a record for a Senate candidate in Iowa. In his race against Senator Cory Gardner of Colorado, John Hickenlooper raised $22.6 million, more than four times his total in the previous quarter. And in North Carolina, Senator Thom Tillis’s challenger, Cal Cunningham, reported a record $28.3 million even as he faces a late-breaking scandal over romantic texts he sent to a woman who is not his wife.

Money, of course, does not guarantee victory; Mr. O’Rourke lost his race in 2018, and Mr. Graham still has a good chance of winning this one. Recent polls have shown a dead heat: In a Quinnipiac University survey late last month, Mr. Graham and Mr. Harrison were tied at 48 percent, with 95 percent of likely voters saying their minds were made up.

But the fact that a race in South Carolina, which voted Republican in 2016 by more than 14 percentage points and has not sent a Democrat to the Senate since 1998, is competitive at all speaks to the intense Democratic energy nationwide, and to how quickly a challenging year for Republicans has turned into a potential blowout. Just a few months ago, Republicans were very confident that Mr. Graham would beat Mr. Harrison.

Mr. Harrison’s huge fund-raising total, a majority of which came from out-of-state donors, also speaks to Democratic voters’ specific anger at Mr. Graham, who has become one of President Trump’s most vocal defenders and, as chairman of the Senate Judiciary Committee, is leading the charge to confirm Judge Amy Coney Barrett to the Supreme Court, in a bald reversal of his previous opposition to filling a vacancy in an election year.