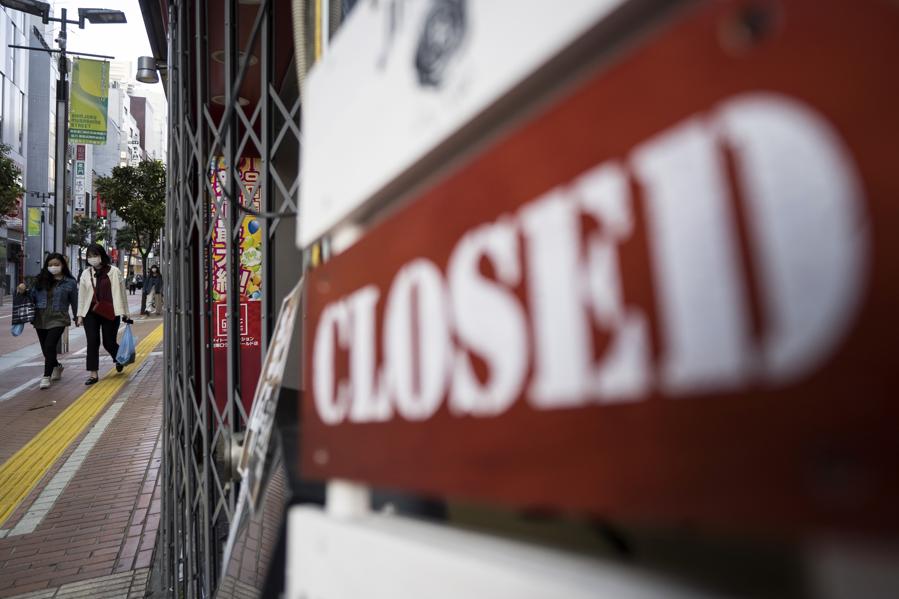 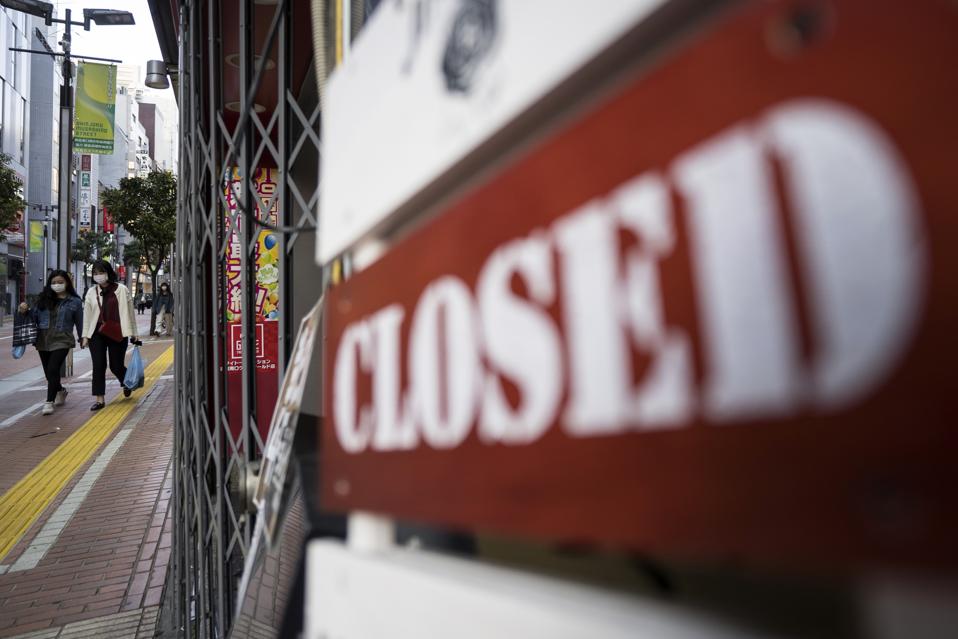 Japan’s Prime Minister Shinzo Abe declared a state of emergency this week that will cover 7 of … [+] Japan’s 47 prefectures, including Tokyo and Osaka, due to a new SARS pandemic that came out of China. (Photo by Tomohiro Ohsumi/Getty Images)

The supply chain will never be the same. Take that to the bank.

Japan’s decision to help company’s source elsewhere, a timely and expensive endeavour after multinational corporations that have made China their go-to manufacturing hub for decades, comes at a time when U.S. companies are leaving, too, even though there is no official push to do so.

Global manufacturing consulting firm Kearney released its seventh annual Reshoring Index on Tuesday, showing what it called a “dramatic reversal” of a five-year trend as domestic U.S. manufacturing in 2019 commanded a significantly greater share versus 14 Asian exporters tracked in the study. Manufacturing imports from China were the hardest hit.

“People have been talking about leaving China for many years now and that is why we started this research in the first place, to find real data, to get the math right on this,” says Patrick Van den Bossche, a partner at Kearney. “What we are seeing now is that companies are taking a hard look at it. Because of the pandemic and supply chain disruptions it caused, people will be able to put a number to this and when they can present their board with a nice mathematical equation about supply risk, they’ll do it and many will see that they must diversify away from China.”

Within the existing globalization framework, the question of dependence on supply chains from China for both European and U.S. companies needs to be addressed.

As European countries like Spain and Portugal realize their dependence on the service economy hurt them in a lockdown, they, like China, might want to make important things like medical equipment. These are things Europe and the U.S. had to import from China during a public health emergency.

China is trying to repair the reputational damage caused by yet another SARS epidemic, this time from Wuhan, the capital city of Hubei province. The first version came out in 2002-03.

At the moment, it looks like their relations with the U.S. and western Europe are frayed. Why not follow in Japan’s footsteps with state funding to get some important items out of there?

“For national security reasons alone, I think there will be some pretty massive onshoring especially for items that are needed in emergencies like the one we are in now,” says Lily Fang, a professor of finance at INSEAD, a global business school outside of Paris, with a campus also in Singapore. Fang is originally from China.

“China will be a loser in that respect,” she says. “I think it will be a good thing for the world economy. But it is bad news for China. They will need more internal demand.”

China is already relying more on internal demand so the “decoupling” of the U.S. economy from China isn’t exactly a death knell.

Millions were laid off in China over the last two months, including blue collar workers at privately owned factories. A lot of that labor is going to Vietnam. In other words, it’s not only the Japanese and the Americans who are leaving the mainland and setting up shop elsewhere. The Chinese business owners are doing it themselves.

On the Japan front, it was Bloomberg that first reported about the island nation’s interest in departing. And putting up the money to make it happen.

The subsidies and direct loans includes 220 billion yen ($2 billion) for companies shifting production back to Japan and 23.5 billion yen for those seeking to move production to other countries, according to details of the plan posted online.

Xi Jinping was supposed to be on a state visit to Japan early this month. It would have been the first official visit of a Chinese leader to Japan in roughly 10 years, but it was postponed last month due to the coronavirus. No new date has been set.

China is Japan’s biggest trading partner, but imports from China slumped by almost half in February because many factories were closed. Those closures meant Japanese manufacturers had no place to go for supply.

Even as companies leave, China is hard to replace. For many components, it is the only game in town.

“There are certain industries like electronics that are going to require a lot of time before a new source can replicate the kind of ecosystem that China has,” says Van den Bossche. “China’s a giant, but it’s taking a lot of hits and all those cuts and scrapes here and there are an opportunity for other countries. Who are the enlightened countries that will take its place?”

With the current crisis further underscoring the risk of supply chains keeping all eggs in one basket, geographical diversification of sourcing will soar to new heights when global trade resumes. In particular, the near-shoring trend of 2019 can be expected to continue and accelerate; while the future of Asian manufacturing regions outside China will hinge on their survival of the COVID-19 age.

Supply chain auditing firm QIMA issued a report on Thursday showing that sourcing from China declined 19% in late March as a result of the pandemic. That doesn’t mean that companies have found new trading partners, however. It just means that orders fell, and so factories were not requesting inspection audits.

In the first two months of 2020, the China shutdowns exacerbated the traditional first-quarter slowdown of Chinese manufacturing usually blamed on the Lunar New Year holiday. QIMA data showed that demand for inspections and audits in the three weeks of February following the Lunar New Year celebrations plummeted by 75%. And by the end of March, as lockdowns began to lift in China, local manufacturing rallied briefly until Europe and the U.S. got sick with COVID-19.