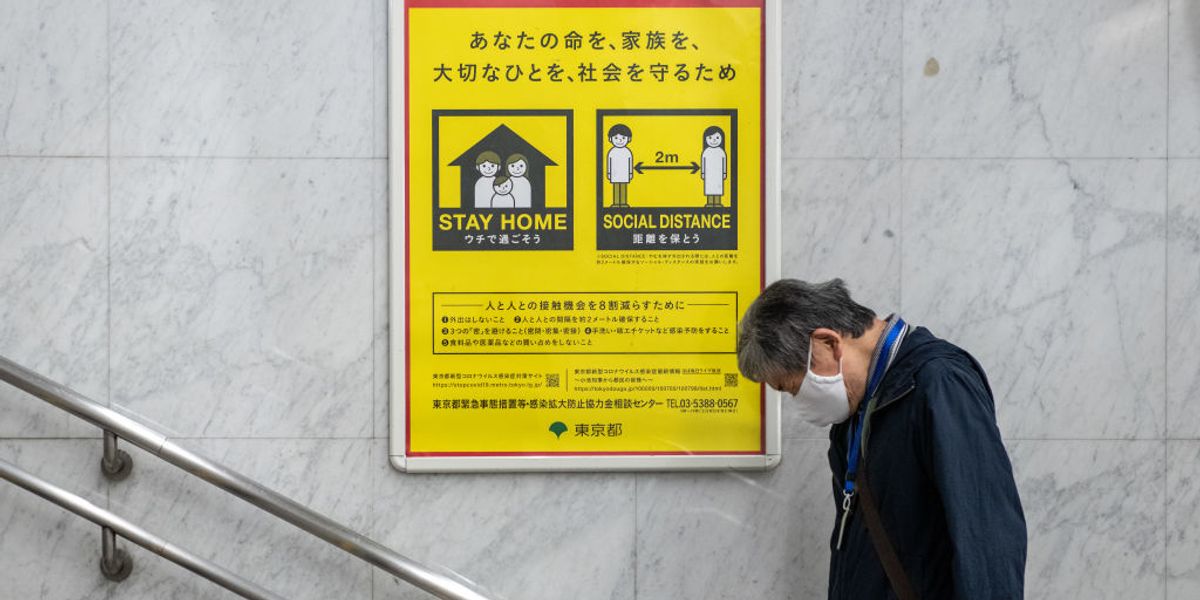 Japan recently released somber statistics regarding the number of suicides in the country, which found more suicides in one month than the total coronavirus deaths during the entire COVID-19 pandemic.

In Japan, suicides in October surged to 2,153, according to a report from the National Police Agency. This is a 39.9% increase compared to the same period in 2019. Suicides by Japanese women spiked by 82.6% in October, compared to a 21.3% increase in suicides by men, as reported by Nippon.

October marked the fourth straight month of increased suicides in the country. Thus far in 2020, there have been 17,219 suicides in Japan between January and October. In 2019, Japan had 19,959 suicides, the first time it was lower than the 20,000 since officials began tracking and recording suicide data in 1978.

The 2,153 suicides in October is more than the 2,051 total coronavirus deaths in Japan since the country started keeping track in mid-February.

Experts believe the isolation brought on by coronavirus lockdowns, other pandemic-related restrictions, and economic uncertainty has exacerbated mental health issues this year.

“We didn’t even have a lockdown, and the impact of Covid is very minimal compared to other countries … but still we see this big increase in the number of suicides,” Michiko Ueda, an associate professor at Waseda University in Tokyo and an expert on suicides told CNN. “That suggests other countries might see a similar or even bigger increase in the number of suicides in the future.”

In the United States, experts found that tens of thousands of people in nursing homes “have died from neglect and sorrow related to the pandemic,” according to a report from the Associated Press.

“Interviews with dozens of people across the country reveal swelling numbers of less clear-cut deaths that doctors believe have been fueled not by neglect but by a mental state plunged into despair by prolonged isolation listed on some death certificates as ‘failure to thrive,'” the report stated.

The Centers for Disease Control and Prevention found that more than one quarter of young adults in the U.S. considered suicide in June. CDC Director Robert Redfield said in July, “There has been another cost that we’ve seen, particularly in high schools. We’re seeing, sadly, far greater suicides now than we are deaths from COVID.”