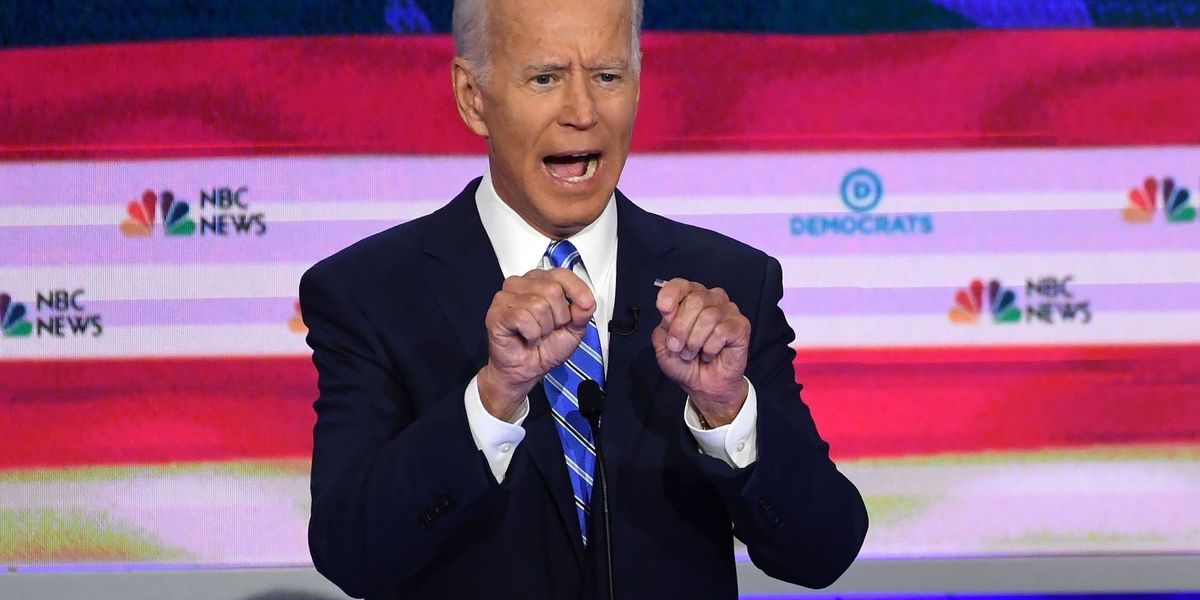 Presidential candidate Joe Biden attempted to blame gun deaths on a competitor but instead stumbled over his statistics and ended up making an embarrassing gaffe.

The former vice president made the claim against Sen. Bernie Sanders (I-Vt.) during Tuesday’s Democratic debate, but he exaggerated the numbers.

“That has caused carnage on our streets!” he yelled.

“A hundred and fifty million people have been killed since 2007, when Bernie voted to exempt the gun manufacturers from liability!” Biden claimed. “More than all the wars, including Vietnam, from that point on!”

The bizarre suggestion that about half of the population of the United States had been killed by gun violence was mocked and ridiculed on social media.

NPR attempted to unravel Biden’s claims, and they concluded that he likely meant to say 150,000 deaths, which would be more in line with reality.

Others noted that Biden had gotten the year incorrect as well — the law he was referring to passed in 2005, not in 2007.