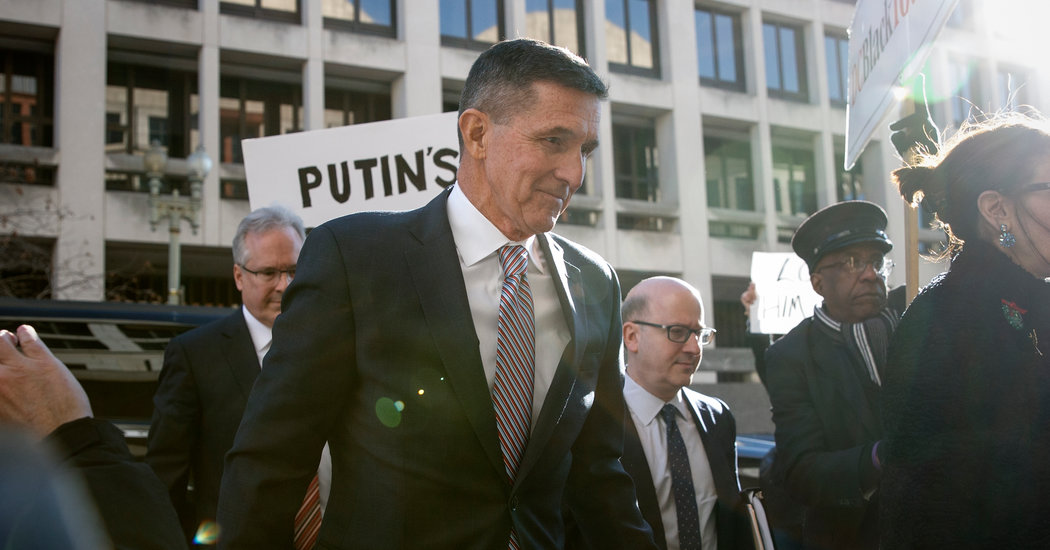 WASHINGTON — A federal judge overseeing the criminal case of President Trump’s former national security adviser Michael T. Flynn opened the door late Tuesday for legal experts and other outside parties to oppose the Justice Department’s motion to drop the case, suggesting he has at least some skepticism about the government’s argument that Mr. Flynn should never have been charged.

In a brief order, Judge Emmet G. Sullivan of the United States District Court for the District of Columbia said he would set a schedule for outside parties to present arguments about the government’s request to dismiss the case. He did not directly address the Justice Department’s motion to drop the charge, but legal experts said he appeared open to considering not only the department’s arguments but also those who have challenged its move as politically motivated.

The judge’s order is the latest twist in a high-profile criminal case that has provoked widespread criticism of Attorney General William P. Barr and renewed questions about political influence over the Justice Department. In an extraordinary move last week, federal prosecutors asked Judge Sullivan to throw out their case against Mr. Flynn for lying to F.B.I. agents, two and a half years after he pleaded guilty to a felony charge of making false statements to federal authorities.

None of the line prosecutors who supervised the case signed the motion, and one withdrew from the case. Mr. Trump has repeatedly called for Mr. Flynn’s exoneration, saying he was the victim of biased and vindictive F.B.I. agents.

The judge has limited discretion to decide whether to accept the Justice Department’s decision to abandon the case. In announcing his intention to consider briefs from outsiders, known as amicus curiae, or “friends of the court,” Judge Sullivan raised fears among Mr. Flynn’s allies that he may not be in the clear yet.

This is a breaking news story. Check back for updates.