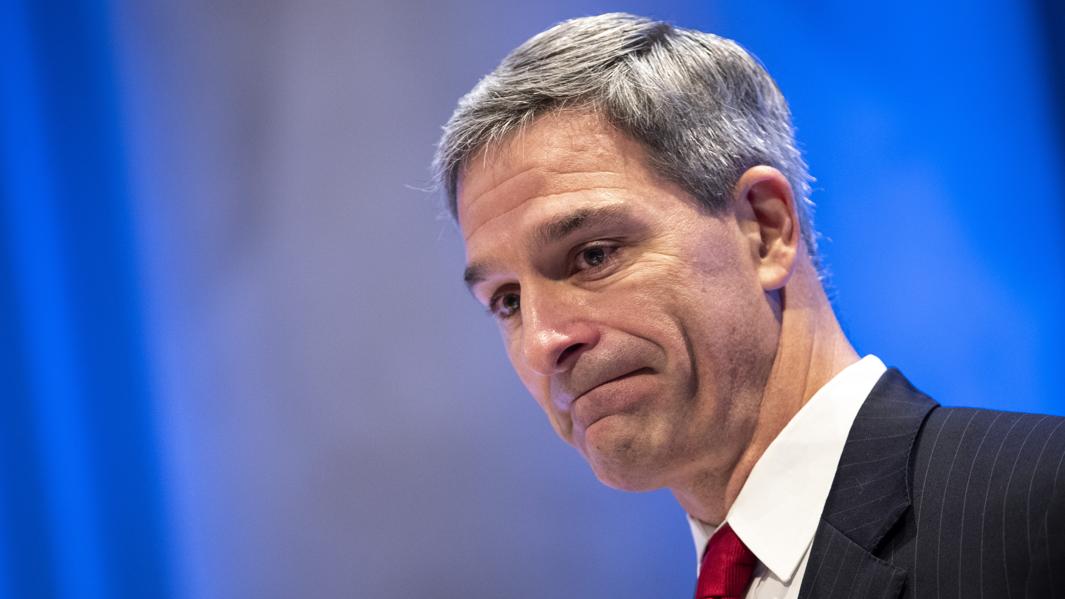 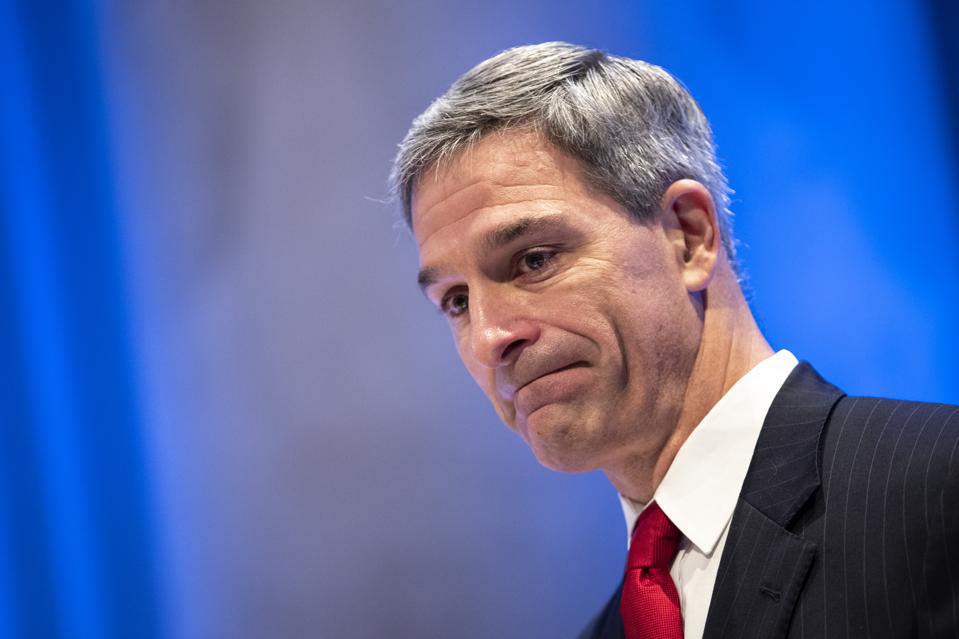 A federal judge ruled U.S. Citizenship and Immigration Services (USCIS) improperly denied an H-1B petition after the agency claimed the position did not qualify as a “specialty occupation.” This is the first known case where a federal judge has analyzed whether the USCIS interpretation of its H-1B regulation is entitled to deference under the recent Supreme Court Kisor decision – and the judge determined the USCIS interpretation was not entitled to deference.

The judge rejected the USCIS assertion that it had the right to deny an H-1B petition because the position did not require a degree in a specific subspecialty and could be filled by someone with a degree in more than one discipline, such as different types of engineering degrees.

In April 2018, the plaintiff, InspectionXpert Corporation (IXC), filed an H-1B petition for a Quality Engineer position that was selected in the H-1B lottery. “In this position, Mr. Kasilingam will use his knowledge of CAD [computer-aided design] and mechanical engineering to develop, design, and execute software test plans, scenarios and scripts for [IXC’s] CAD-focused software in order to identify software problems and their causes,” according to IXC’s letter supporting the petition for Sathish Kasilingam, who has a master’s degree in mechanical engineering.

USCIS focused, in part, on this portion of the IXC letter: “[IXC] requires that the individual holding this position possess a Bachelor’s degree or higher in Mechanical Engineering, Computer Science or a related technical or engineering field (or the equivalent).” (Emphasis added.)

USCIS issued a Request for Evidence (RFE) and IXC followed with 250 pages of supporting materials, including a detailed analysis from CEO Jeff Cope, and responded to a second Request for Evidence with another 110 pages, including a “Professional Position Evaluation Report” from Dr. Olga Wodo, a professor in the Department of Materials Design and Innovation at the University of Buffalo-SUNY. USCIS dismissed the relevance of the letters from Cope and Wodo, and rejected the H-1B petition. IXC responded with a lawsuit.

U.S. Magistrate Judge L. Patrick Auld noted the USCIS reasoning. “In Defendant’s view, ‘USCIS’s interpretation of the [provision’s] degree requirement, namely that the degree must be in a specific specialty . . . is reasonable and entitled to deference,’” writes Judge Auld. (“Defendant therefore respectfully requests that the Court apply Auer deference to USCIS’s reasonable interpretation . . .).” As discussed in this December 2018 article, “USCIS would argue that Auer deference means the court should defer to the agency’s reading of its own specialty occupation regulation.”

Judge Auld noted that the Supreme Court’s Kisor decision (June 26, 2019) changed how and whether courts should defer to a federal agency’s actions. “As the Supreme Court recently explained: [A] court should not afford Auer deference unless the regulation is genuinely ambiguous. . . . If uncertainty does not exist, there is no plausible reason for deference. The regulation then just means what it means – and the court must give it effect, as the court would any law. . . . [I]f there is only one reasonable construction of a regulation – then a court has no business deferring to any other reading, no matter how much the agency insists it would make more sense. Deference in that circumstance would ‘permit the agency, under the guise of interpreting a regulation, to create de facto a new regulation.’”

Judge Auld also explained for USCIS, or any agency, “to receive Auer deference, the regulatory interpretation must be one actually made by the agency. In other words, it must be the agency’s ‘authoritative’ or ‘official position,’ rather than any more ad hoc statement not reflecting the agency’s views.’ . . . ‘And a court may not defer to a new interpretation, whether or not introduced in litigation, that creates ‘unfair surprise’ to regulated parties.’” (Emphasis added.)

Before deciding against USCIS, the judge provided more than 13 pages of detailed history on the qualifications for an H-1B specialty occupation, including a discussion of degrees. “The court’s extensive legislative and regulatory history is a game changer,” Bradley Banias, a partner with Wasden Banias, LLC who argued the case for the plaintiff, told me in an interview.

“USCIS uses a convoluted, nearly indecipherable rationale to define the word ‘degree’ to mean ‘not just a degree,’ but a degree in a specific specialty,” said Banias. “Based on this rationale, the agency would find if the position could be filled by someone with a mechanical engineering degree or an electrical engineering degree, USCIS would say that position is not a specialty occupation because it does not require a lone type of degree in a specific specialty.

After detailing the relevant legislative and regulatory history, Judge Auld reached his conclusion. “The question then becomes whether the [USCIS] Decision’s particular interpretation of the Provision – as requiring a degree in one singular subspecialty – warrants deference. See Kisor . . . It does not,” he wrote. “To begin, Defendant has not shown that the Decision reflects ‘the [A]gency’s ‘authoritative’ or ‘official position,’ rather than a more ad hoc statement not reflecting the [A]gency’s views.’ Moreover, the Decision’s interpretation conflicts with the Agency’s longstanding construction, which recognizes that a position can qualify as a specialty occupation even if it permits a degree in more than one academic discipline.” (Emphasis added.)

Banias agrees that the Supreme Court’s Kisor decision played an essential role in Judge Auld’s opinion. “Before Kisor, courts reflexively deferred to an agency’s interpretation of its own regulations,” said Banias. “Unless the challenged interpretation was a ‘plain error,’ courts would uphold the interpretation. Kisor limited the application of such significant deference to official, well-reasoned, pronouncements of agency policy, as opposed to a justification for a denial issued by a USCIS service center.

Banias notes due to the Kisor decision judges will no longer “rubber stamp” agency interpretations. He pointed out Judge Auld even made clear that the USCIS policy manual would not receive deference.

The Administrative Procedure Act “allows a court to set aside an agency action if it is ‘arbitrary, capricious, an abuse of discretion, or otherwise not in accordance with law,’” noted Judge Auld. He found because USCIS failed to address the evidence of experts, such as the letters from CEO Cope and Professor Wodo, “the [USCIS] Decision falls short under the arbitrary and capricious standard. . . . For this reason as well, the Court should grant Plaintiff’s Motion to set aside the [USCIS] Decision.”

In the end, the judge ruled USCIS may not use an arbitrary definition of a specialty occupation when evaluating the degrees relevant to an H-1B position: “That the [USCIS] Decision deemed an engineering degree requirement too generalized further confirms the unreasonableness of the Decision’s interpretation. . . . Put simply, in contrast to a liberal arts degree, which the Service deemed ‘an [in]appropriate degree in a profession’ because of its ‘broad[ness]’ . . . an engineering degree requirement meets the specialty occupation degree requirement.”

If followed by U.S. Citizenship and Immigration Services, Judge Auld’s decision will limit the ability of USCIS adjudicators to deny H-1B petitions on the grounds a position does not qualify as a specialty occupation. “For years, USCIS has used nonsensical distinctions to deny H-1Bs,” said Bradley Banias. “This opinion will allow employers to push back hard.”