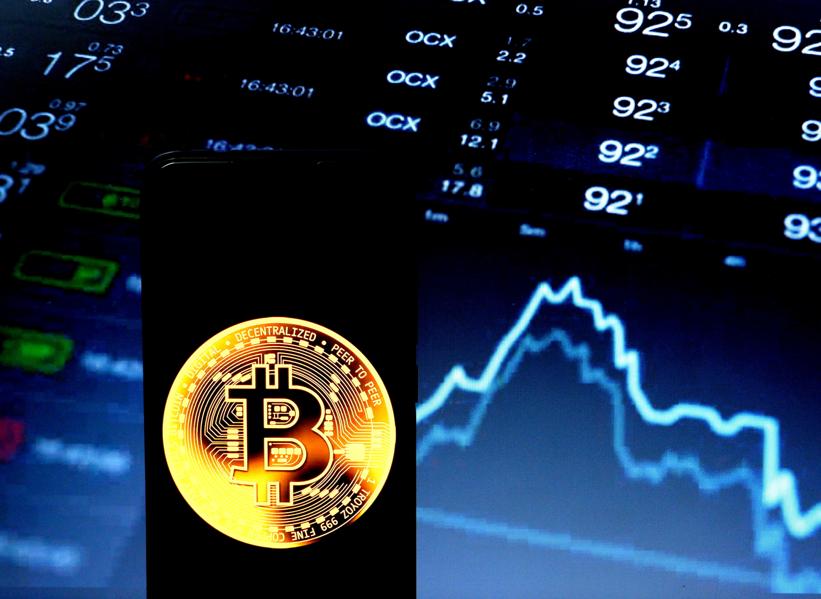 Bitcoin has rebounded this week, climbing along with gold and other safe-havens as major stock markets struggle.

The bitcoin price is up just over 2% over the last week—making strong gains yesterday as investors search for somewhere to put their cash.

However, one major cryptocurrency has outpaced bitcoin’s gains over the last week and is still rocketing higher. 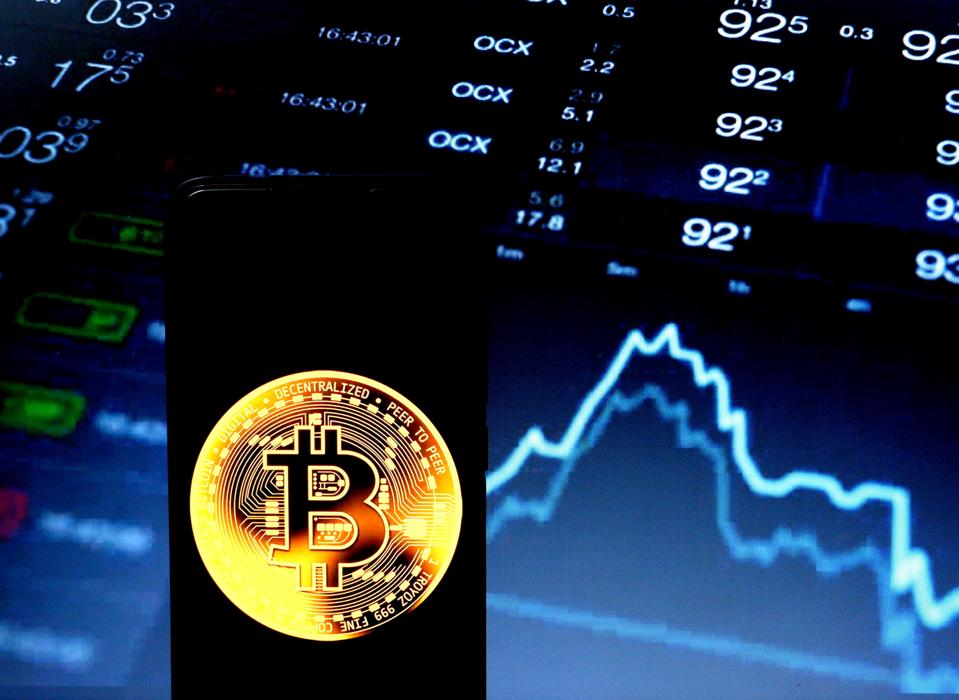 Bitcoin and cryptocurrency investors have been hard hit by the coronavirus crisis but the bitcoin … [+] price has begun to climb again this week–outpaced by just a handful of smaller cryptocurrencies.

The privacy-focused cryptocurrency monero, currently ranked as the 11th most valuable cryptocurrency on data site CoinMarketCap with a total value of just under $1 billion, has added almost 5% in the past week—beating bitcoin’s gains.

Monero, which masks the identity of users better than the likes of bitcoin, is up by over 6% over the last 24-hour trading period, soaring as the broader cryptocurrency market climbed.

The precise reason for monero’s sudden surge wasn’t immediately clear, though there have been a number of positive developments for the bitcoin rival over recent months.

Monero developers recently rolled out an update to its Carbon Chameleon software, designed to improve transaction execution and how the cryptocurrency works with the privacy networks Tor and I2P.

Monero and privacy coins have also recently gained support from some high profile figures in the tech and crypto industry.

“I think we’ll also see privacy integrated into one of the dominant chains in the 2020s,” Coinbase’s chief executive Brian Armstrong wrote in a blog post back in January.

“Just like how the internet launched with HTTP, and only later introduced HTTPS as a default on many websites, I believe we’ll eventually see a privacy coin or blockchain with built in privacy features get mainstream adoption in the 2020s. It doesn’t make sense in most cases to broadcast every payment you make on a transparent ledger.” 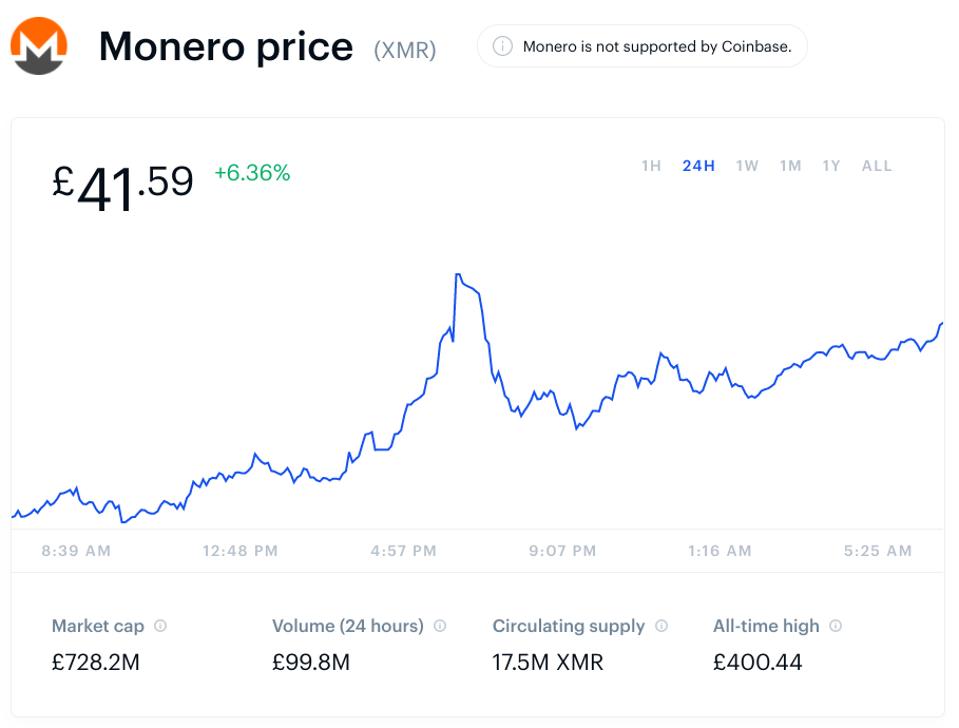 The monero price has surged over the last week, beating out bitcoin itself as the broader … [+] cryptocurrency market bounces back.

McAfee, who has reneged on his promise to “eat [his] own dick on national television” if the bitcoin price didn’t hit $500,000 per bitcoin by the end of 2020, praised monero, along with ethereum, the second most valuable cryptocurrency after bitcoin.

McAfee made similar allusions to monero’s technological superiority over bitcoin.

“Bitcoin was first. It’s an ancient technology. All know it,” McAfee said via Twitter before recommending monero to cryptocurrency users.

“Newer blockchains have privacy, smart contracts, distributed apps and more. Bitcoin is our future? Was the Model T the future of the automobile?”