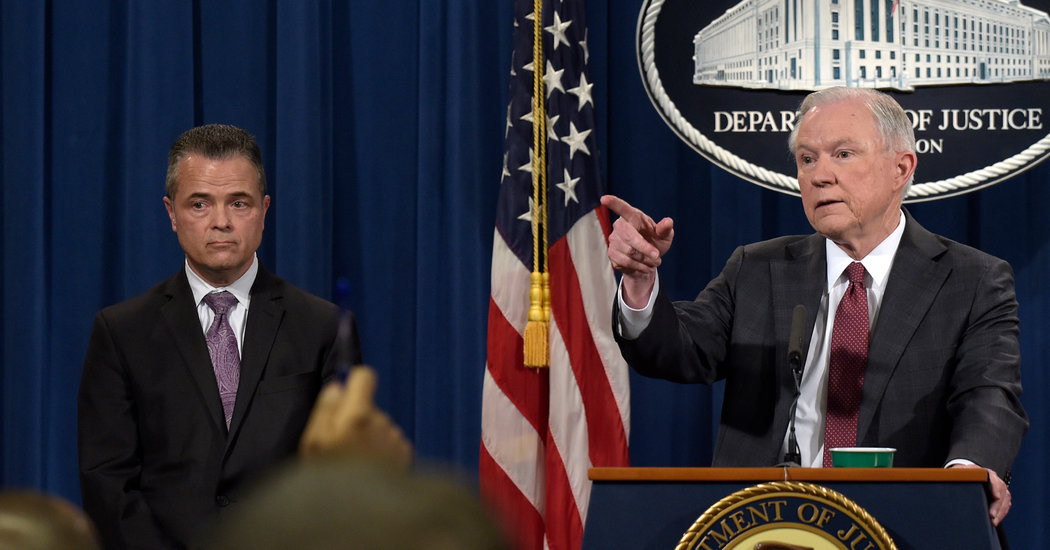 WASHINGTON — The head of the Justice Department’s Civil Division told staff members on Tuesday that he planned to resign after nearly two years in the post, according to an email obtained by The New York Times, making him the third top official at the department to step down in the past week.

The official, Joseph H. Hunt, who was previously chief of staff to former Attorney General Jeff Sessions, did not say why he was leaving, and a Justice Department spokeswoman declined to comment on his departure. It came hours after the department filed a lawsuit signed by Mr. Hunt against President Trump’s former national security adviser John R. Bolton, seeking to delay the imminent publication of his coming memoir expected to disclose damaging details about Mr. Trump.

Besides Mr. Hunt, Brian A. Benczkowski, the head of the Justice Department’s Criminal Division, said last week that he was leaving in July, and Noel J. Francisco, the solicitor general, told officials at the department that he planned to leave when the Supreme Court wrapped up its session this month.

Mr. Hunt, a 20-year Justice Department veteran, led the division that defends presidential administrations in court — and that has faced formidable pressure under Mr. Trump as it undertook deeply polarizing cases that career lawyers often refused to sign, including the administration’s decision to no longer defend the Affordable Care Act in court and adoption of harsh stances on immigration. So many lawyers in the division left or asked to be temporarily reassigned to other parts of the department that at one point it froze reassignment requests.

Mr. Hunt, 58, said in his email to staff members that his last day would be July 3. He did not say where he was going next but told his staff that he was amazed by their work ethic and integrity. “I have the utmost respect and admiration for you because I have personally witnessed the manner in which you have carried out your responsibilities,” he wrote.

Mr. Hunt joined the Justice Department in 1999, rising through the ranks and spending much of his time in the branch of the civil division that defends lawsuits filed against the president, administration officials and the administration’s approximately 100 federal agencies and departments.

He was confirmed in 2018 to lead the division by a bipartisan group of senators, a rare show of broad support for a Trump appointee.