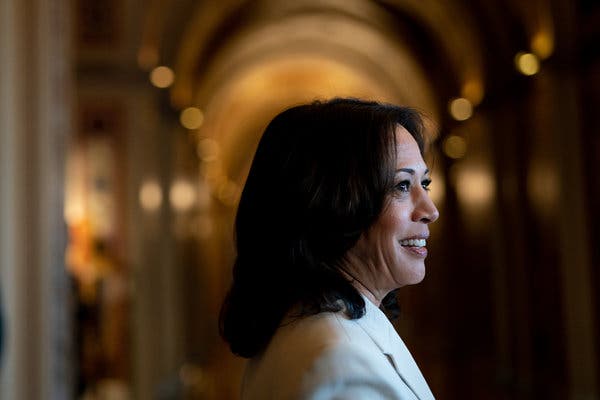 Ms. Harris, who ended her own presidential campaign in December, is the latest in a parade of prominent Democrats to throw her support behind Mr. Biden, whose blowout victory in the South Carolina primary and success on Super Tuesday established him as the clear moderate alternative to Bernie Sanders.

Ms. Harris was in Selma, Ala., on Sunday to commemorate the civil rights march

Pete Buttigieg, Amy Klobuchar, Beto O’Rourke and Harry Reid all endorsed Mr. Biden this week. And Michael R. Bloomberg, who dropped out of the race after dismal results on Super Tuesday, followed suit on Wednesday.

.@JoeBiden has served our country with dignity and we need him now more than ever. I will do everything in my power to help elect him the next President of the United States. pic.twitter.com/DbB2fGWpaa

For Ms. Harris, though, the decision is particularly striking, because one of the biggest moments of her campaign was a forceful debate-stage exchange with Mr. Biden.

“It was hurtful to hear you talk about the reputations of two United States senators who built their reputations and career on the segregation of race in this country,” she said in June during the first Democratic debate.

“And it was not only that, but you also worked with them to oppose busing. And, you know, there was a little girl in California who was part of the second class to integrate her public schools, and she was bused to school every day. And that little girl was me.”