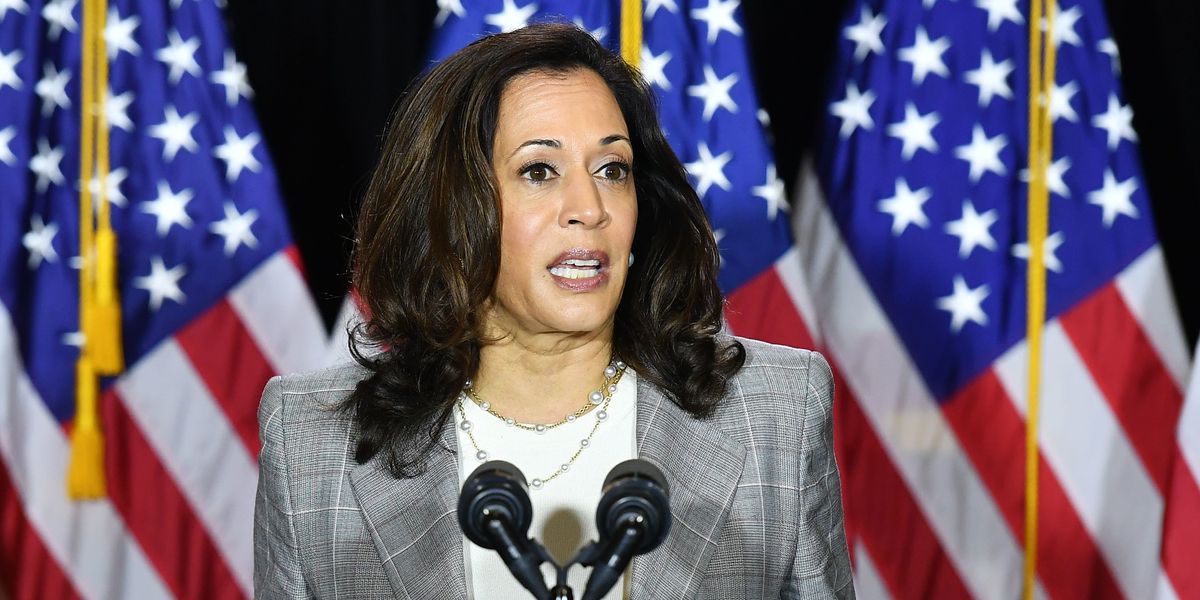 Sen. Kamala Harris, the Democratic vice presidential nominee, was accused on Saturday of promoting a conspiracy theory about President Donald Trump and any forthcoming coronavirus vaccine.

What did Harris say?

Speaking with CNN host Dana Bash, the California Democrat suggested she would not receive the COVID-19 vaccine if it were released prior to the election.

Her reasoning? Harris suggested that Trump would “sideline” science and use the vaccine to manipulate the outcome of the election.

Bash asked, “Let’s just say there is a vaccine that is approved and even distributed before the election. Would you get it?”

Harris responded, “Well, I think that’s gonna be an issue for all of us. I will say that I would not trust Donald Trump, and it would have to be a credible source of information that talks about the efficacy and the reliability of whatever he’s talking about. I will not take his word for it.”

Earlier, Harris had said of scientists, “[T]hey’ll be muzzled, they’ll be suppressed, they will be sidelined, because [Trump is] looking at an election coming up in less than 60 days, and he’s grasping for whatever he can get to pretend that he’s been a leader on this issue when he’s not.”

BASH: “Let’s just say there’s a vaccine that is approved and even distributed before the election. Would you get it… https://t.co/FvR23JQ02O

What was the response?

Harris was accused of promoting a “dangerous conspiracy theory” and “anti-vaxxer” talking points.

Is Trump ‘muzzling’ the experts?

Dr. Anthony Fauci, a top member of the White House coronavirus task force, rebuked allegations that Trump has “muzzled” scientists during the pandemic.

“Let me clarify it. I have never been muzzled — never — and I’ve been doing this since the administration of Ronald Reagan. I’m not being muzzled by this administration,” Fauci said earlier this year.