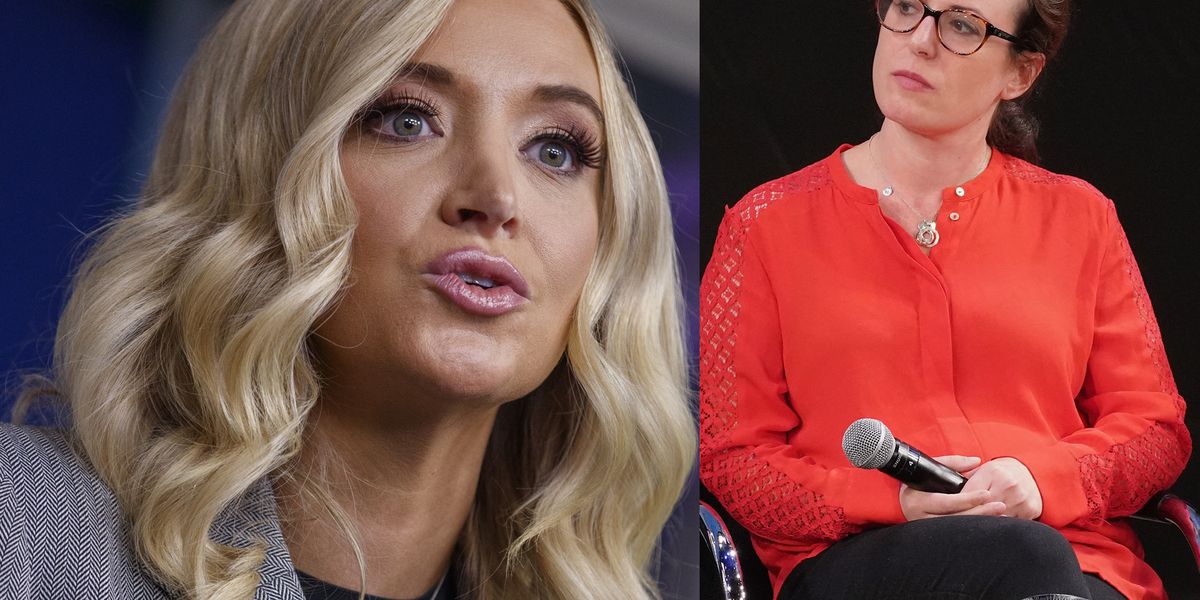 White House press secretary Kayleigh McEnany bashed a New York Times journalist over her use of a quote that McEnany claimed was misleading.

The feud began after the Times’ White House correspondent Maggie Haberman posted a quote from McEnany to her 1.3 million followers on Twitter.

McEnany soon after corrected Haberman in her own tweet to her 4.5 million followers.

“This tweet by a New York Times reporter is misleading. I was TWICE asked a hypothetical about the health of the President and Vice President,” she tweeted.

McEnany provided the context for the quote, which included the same question being asked twice. Haberman only used the second response in her tweet.

She responded to McEnany’s objection, saying that no context could explain away what the press secretary told the media.

“There is no context in which ‘celebrating’ by reporters is part of our job. I’m sorry you don’t understand that,” tweeted Haberman.

McEnany only recently joined the administration as the press secretary but she has already made a reputation for herself of punching back at journalists.

Here’s more about the Trump admin response to coronavirus: