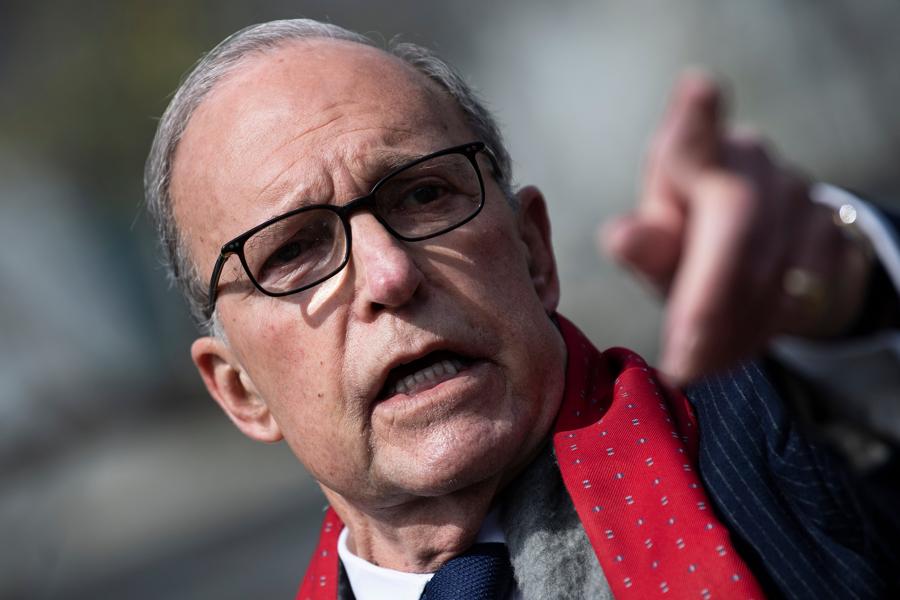 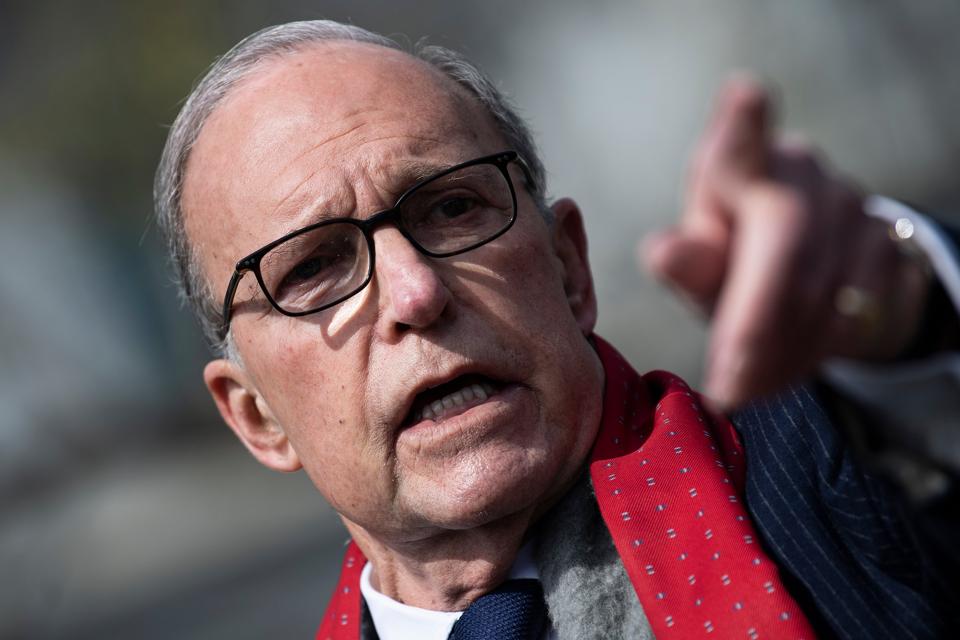 Economic adviser Larry Kudlow — wheels are in motion to help U.S. companies leave China if they … [+] want to. (Photo by Brendan Smialowski / AFP)

Call the moving company, Washington’s picking up the tab.

The same day Japan announced that it would spend upwards of $2.2 billion to get its corporations out of China and either back home or spread throughout southeast Asia, White House National Economic Council Director Larry Kudlow said the U.S. should “pay the moving costs” of every American company that wants out of China.

The Japanese government announced that it would provide direct loans 220 billion yen ($2 billion) for companies shifting production back to Japan and 23.5 billion yen for those seeking to move production to other countries, according to details of the plan posted online.

Kudlow told one of the people in attendance, who had asked about America’s over-reliance on China, what could be done to change the commercial relationship post-pandemic.

Kudlow said that one way was to provide them with moving cost payments, though he did not get into specifics.

Most U.S. companies that manufacturer in China do not have their own greenfield assembly line. For example, Apple AAPL has long used Foxconn, a Taiwanese multinational with massive assembly plants in mainland China. Other U.S. companies simple contract Chinese firms to do the work, whether they’re making kitchen cabinets for Lowes or pots and pans for KitchenAid.

In other words, it is not a matter of putting widgets and office furniture in a pod and shipping it across the Pacific Ocean.

To bring the supply chain back to the United States would, in most cases, require hefty capital expenditures — entire new factories, or additions to existing ones. It means any profit companies are counting on due to lower costs in China would be erased as they shift gears out, spending millions of dollars more to do so. It’s a headache. And it’s one reason why businesses and Wall Street hated the trade war; it required them to redo the math. Nobody likes homework on the weekends.

But if the U.S. economy remains only partially opened in the busy summer months, then some sort of “new deal” like public-private partnership may be needed to get the country out of an even steeper recession.

Getting some of them to manufacture in the U.S. is one possibility.

MORE FROM FORBESHow The ‘Woke’ Capitalists Can Save AmericaBy Kenneth Rapoza

“That’s not the only item on the list, but I think 100 percent expensing would be a very good thing,” Kudlow said about relocating.

“That’s just one pro-growth policy point. I don’t want to pick on China right now,” he told show host Charles Payne. “It’s not high on my list. We’d like more American companies to come back home. We will deal with that over a period of time.”

On Friday, the U.S. Department of Justice requested that the Federal Communications Commission terminate China Telecom’s authorization to operate in the U.S., calling it a national security risk.

China Telecom is state owned and one of the largest broadband players in the country and was granted authority by the FCC to operate in the U.S. in 2007. Last year, the FCC banned China Mobile, a private company, from operating in the U.S.

“A lot of my Chinese friends in the private sector want a better relationship with the U.S.. They want to compete, they want to do business with us,” says Christian Lundblad, the Richard Levin Distinguished Professor of Finance at the University of North Carolina at Chapel Hill business school. “There is a certain sadness to all this, really.”

A recent report by global manufacturing consulting firm Kearney released this week showed a “dramatic reversal” of a five-year trend as domestic U.S. manufacturing in 2019 commanded a significantly greater share versus 14 Asian exporters tracked in the study. Manufacturing imports from China were the hardest hit.

Last year saw companies actively rethinking their supply chain, either convincing their Chinese partners to relocate to southeast Asia to avoid tariffs, or by opting out of sourcing from China altogether.

“Three decades ago, U.S. producers began manufacturing and sourcing in China for one reason: costs. The trade war brought a second dimension more fully into the equation―risk―as tariffs and the threat of disrupted China imports prompted companies to weigh surety of supply more fully alongside costs. COVID-19 brings a third dimension more fully into the mix­, and arguably to the fore: resilience―the ability to foresee and adapt to unforeseen systemic shocks,” says Patrick Van den Bossche, Kearney partner and co-author of the 19-page report.

The pandemic highlighted the western world’s dependence on China for a number of strategic goods it needed at home at the time. One is ibuprofen. The vast majority of the world’s ibuprofen is made in China. Ventilators were shipped to New York City hospitals to prepare for the worst because the private companies now making them in partnership with the government — namely General Motors GM and Tesla TSLA — cannot make them fast enough. Surgical masks were also needed. U.S. multinational 3M MMM was making more here at home, but over two-thirds of 3M’s N95 anti-viral masks are made in Asia.

“In thinking of the longer impact of this pandemic, I have a more bullish view of the long-term for the U.S. and a bearish view on China,” says Lily Fang, a professor of finance at INSEAD, a global business school outside of Paris. “I think there will be a massive onshoring especially for national security items,” she says. “China will be a loser in that. Post-pandemic, you will see a slow severing of ties between the U.S. and China.”