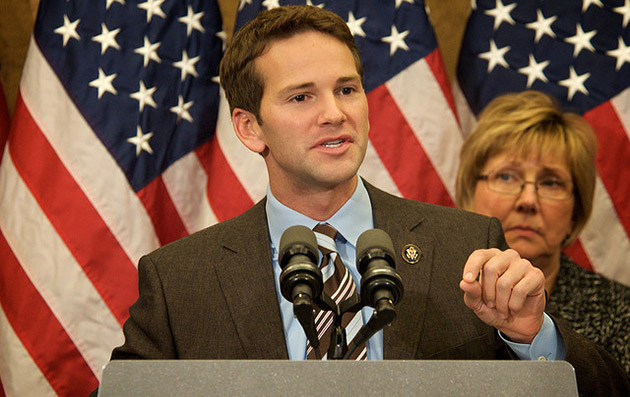 One of GOP’s rising stars have resigned from Congress, in part because his own Instagram posts have given rise to constant questions about his expenditures. Illinois representative Aaron Schock lived a lavish lifestyle while he was a government official, and he used to make sure the world knew that by posting snapshots of his escapades on his Instagram account. Little did he know that AP would extract location data from photos of his frequent travels in order to link them to instances when he illegally used taxpayer money to rent private jets. For instance, the news agency determined that Schock rented a plane for his trip to the Capitol in 2013, because he posted a photo of his Schocktoberfest fundraising event when he got back to Peoria, Illinois. The dates lined up with the $11,433 transportation amount he billed his office.

It’s not just Schock’s own Instagram account that betrayed his actions to the public, though. One of his aides once posted on his IG that the lawmaker took him and the other interns to a sold-out Katy Perry concert. The politician billed those tickets against the GOP’s Generation Y Fund — a fund his office has donated $1.5 million to since he was elected in 2009. His Instagram shenanigans have recently led to even more probing by various outlets, including Politico, which looked into his mileage expenses. The publication discovered that Schock billed his office more than twice the mileage he’d actually driven.

Speaking to Chicago Tribune, Senator Dick Durbin said these charges and allegations “have raised important questions about Shock’s expenditure of campaign funds and official funds.” The senator also admitted that the Illinois representative’s “resignation suggests that many of the allegations had substance behind them.”

Today, I am announcing my resignation as a Member of the United States House of Representatives effective March 31st. I do this with a heavy heart. Serving the people of the 18th District is the highest and greatest honor I have had in my life. I thank them for their faith in electing me and letting me represent their interests in Washington. I have given them my all over the last six years. I have traveled to all corners of the District to meet with the people I’ve been fortunate to be able to call my friends and neighbors.

But the constant questions over the last six weeks have proven a great distraction that has made it too difficult for me to serve the people of the 18th District with the high standards that they deserve and which I have set for myself.

I have always sought to do what’s best for my constituents and I thank them for the opportunity to serve.

The former lawmaker has already made his Instagram account private, so you unfortunately can’t see his photos anymore. ABC News has a list of his high-profile celebrity meetings and trips, at least, if you want to get a taste of what he used to post.