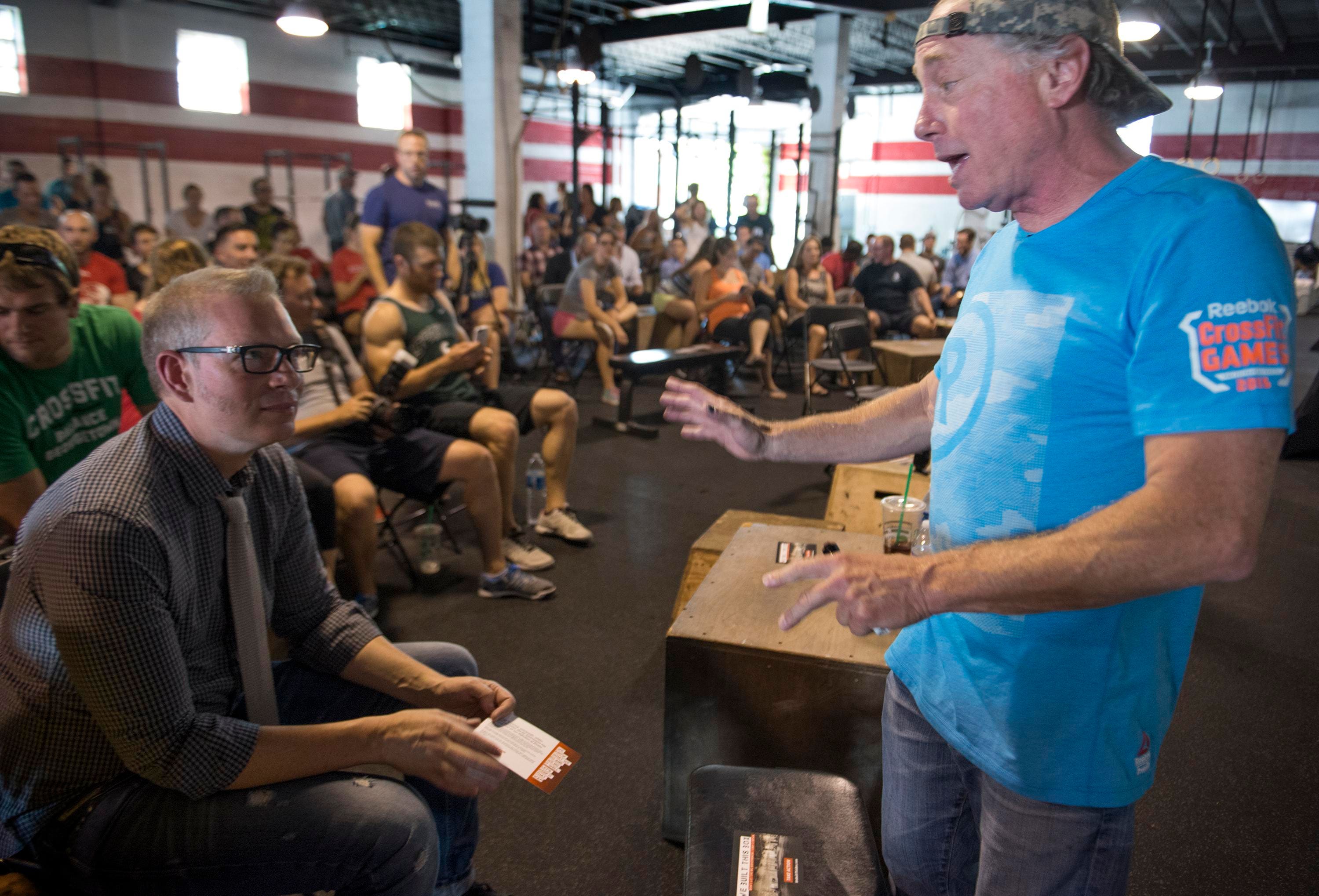 Already under fire for an insensitive tweet about George Floyd, CrossFit CEO Greg Glassman was recorded on Saturday during a Zoom meeting with CrossFit gym owners saying he isn’t mourning the black man’s death at the hands of Minneapolis police, and repeating unfounded conspiracy theories about COVID-19. (Glassman later announced he is stepping down as CEO). 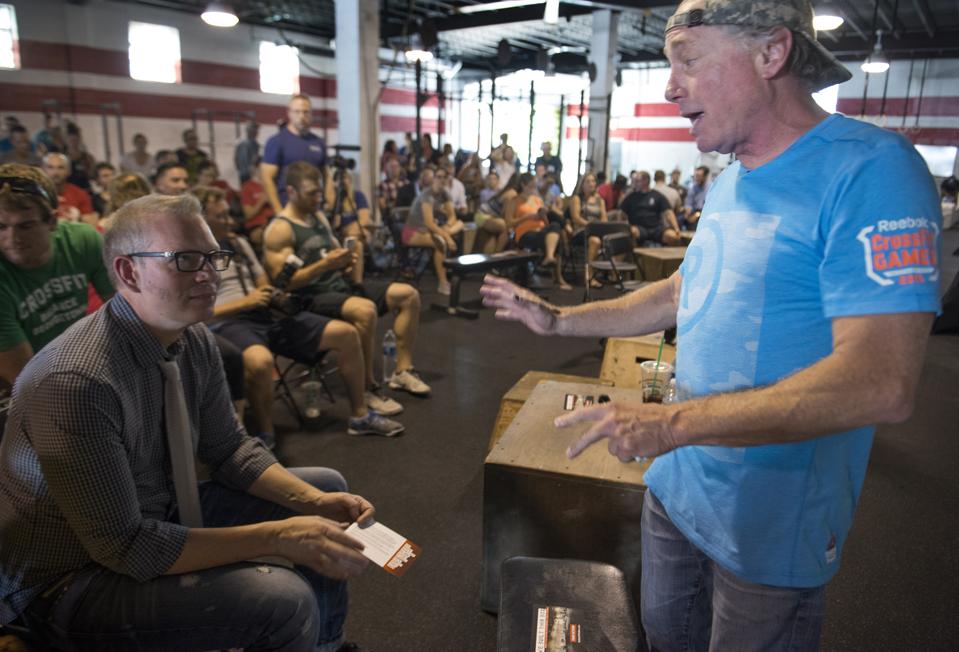 Crossfit Inc. founder and CEO Greg Glassman (R) talks to employees prior to a presentation at the … [+] Half street location in Washington, DC on July 31, 2015.

Photo by Linda Davidson / The Washington Post via Getty Images

According to a recording of the meeting obtained by BuzzFeed News, Glassman said that neither he nor his staff is mourning Floyd and asked: “Can you tell me why I should mourn for him? Other than that it’s the white thing to do — other than that, give me another reason?”

The CEO also repeated an unfounded conspiracy theory that Floyd was murdered to cover up a money laundering scheme involving counterfeit bills, using the fact that the officer involved in his death, Derek Chauvin, worked at the same nightclub as Floyd last year to back his claim.

Glassman acknowledged that Floyd’s death was “wrong,” but repeated a litany of common arguments countering the Black Lives Matter movement: he focused on the burning and looting of buildings, brought up black-on-black crime and said protesters are “blaming the police for all of the problems in blighted communities.”

In addition to his rant about Floyd, Glassman said he believes the conspiracy that COVID-19 originated in a lab inside China and assailed the coronavirus-related shutdowns for costing “way more lives than have been saved.”

Glassman has already been under fire for an insensitive tweet about Floyd, which caused Rebok and several athletes to cut ties with the company.

CrossFit did not immediately respond to a request for comment from Forbes.

Mike Young, a CrossFit gym owner, wrote in a Medium post he is no longer renewing his gym’s affiliate license because of the call.

“This decision will almost certainly come at a cost to my business but I no longer wish to associate with a company and CEO who are tone deaf and insensitive to our current national crises and so willing to inflame racial divisions,” he said.

Glassman sparked outrage on Sunday after referring to the death of unarmed black man George Floyd in police custody Floyd’s death as “It’s FLOYD-19.” His tweet was a direct reply to a post from the Institute for Health Metrics and Evaluation that read: “Racism and discrimination are critical public health issues that demand an urgent response. #BlackLivesMatter.” Glassman later apologized on the CrossFit Twitter page, saying: “It was a mistake, not racist but a mistake.”