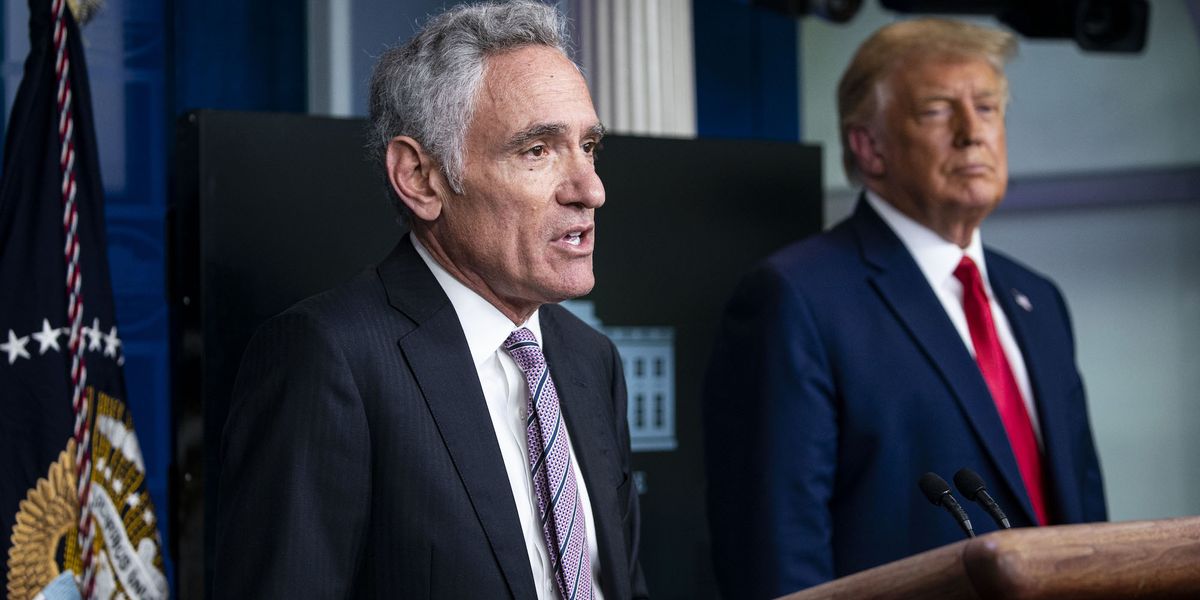 Dr. Scott Atlas resigned as the special adviser to President Donald Trump on the coronavirus pandemic and liberal critics pounced on the news to criticize him and the president.

Atlas was seen as a controversial voice on the pandemic because he went against the grain and questioned the validity of many social distancing guidelines, including face masks, overly restrictive lockdowns, and the closing of schools.

On Monday, Atlas said that he was resigning from his post just ahead of the expiration of his 130-day assignment to the coronavirus task force.

“I worked hard with a singular focus — to save lives and help Americans through this pandemic,” Atlas said.

“I always relied on the latest science and evidence, without any political consideration or influence. As time went on, like all scientists and health policy scholars, I learned new information and synthesized the latest data from around the world, all in an effort to provide you with the best information to serve the greater public good,” he added.

“But, perhaps more than anything,” Atlas continued, “my advice was always focused on minimizing all the harms from both the pandemic and the structural policies themselves, especially to the working class and the poor.”

Liberals and other critics of Atlas mocked him as he resigned and made jokes at his expense, and some blamed him for the coronavirus deaths.

“And with a whimper, after contributing to over 100,000 deaths, Scott Atlas is out! Possibly the most deadly voice in the US response to #COVID19,” Dr. Rob Davidson tweeted.

Others said that Atlas should lose his medical license over his advocacy.

“Scott Atlas should lose his medical license,” one user said.

“Will someone permanently remove him from the medical profession now???” Grant Stern, a progressive editor, tweeted.

Scott Atlas just resigned his position as Trump’s accessory to mass murder by #coronavirus. Will someone permanent… https://t.co/B5uGdo4wUe

“I really hope @Stanford fires him immediately. What university wants a mass murderer on their faculty?” writer Don Winslow tweeted.

Some noted that Atlas appeared to accept the results of the election in his statement, which referenced the “new team” picked by former Vice President Joe Biden.

“I sincerely wish the new team all the best as they guide the nation through these trying, polarized times,” Atlas said in his statement.