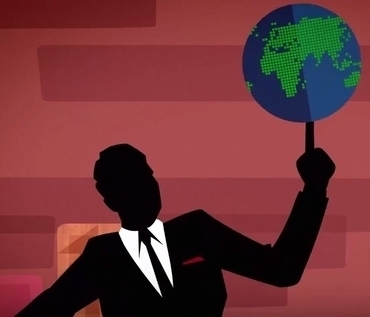 Today, Wednesday, I’ll be conducting another edition of our Clubland Q&A, live around the world at 4pm Eastern in North America – that’s 8pm Greenwich Mean Time. We’ll try to pin down the rest of the time zones below, but do, as they say, check local listings.

On today’s rundown, I’m happy to take follow-up questions on the topics I’ve been chewing over in recent days, including the definitive dispatch of floppo caliph al-Baghdadi, young Americans’ desire for socialism, and latest developments in the “Russia investigation” investigation. If you haven’t yet seen it, for example, here am I on the TV with Buck Sexton talking about the entrapment and ruination of General Michael Flynn:

If you’d like to shoot me a question about that, please do. Likewise with the Enforcement of Wokeness. From The Conservative Woman in the UK:

IF Mark Steyn is to be remembered for one quote, it will be the aphoristic ‘In Britain, everything is policed except crime’. Today’s politically-correct Plod constantly cause Steyn to dust down his dictum, and Mark’s maxim made an early reappearance during the latest video edition of Mark’s Mailbox.

Scolded by Steyn for symbolising the ‘utterly useless British constabulary . . . one of the most contemptible institutions in the Western world’ is Julie Cooke, Deputy Chief Constable of Cheshire and the National Police Chiefs’ Lead for LGBT+. Last week TCW reported how DCC Cooke had used International Pronouns Day – which she emphasised is ‘particularly important to those who are transgender and gender nonconforming’ – to tweet: ‘Being misgendered can have a huge impact on somebody and their personal wellbeing. It can also be used as a form of abuse for somebody and that just isn’t right…’

Noting the ‘implied threat’ in Cooke’s message, Steyn is scathing: ‘I can’t stand the woke constabulary . . . I preferred the old-school bent coppers to the woke coppers. Now they’re bent and woke. There’s something unpleasantly coercive about the entirely useless British constabulary now threatening to add one more useless, fake, invented crime that they pursue far more zealously than anything that matters.’

Britain looks to be going to the polls either on December 12th (Boris’ preferred date) or the 9th (Jezza’s). So I’ll entertain a question or two on UK matters. But, as the hour proceeds, we’ll open it up to other subjects, so feel free to fire away with whatever’s on your mind.

Whether or not you’re a member of The Mark Steyn Club, you can listen to our Clubland Q&A live as it happens wherever you happen to be on this turbulent earth: Club membership is required only to ask a question. We love to hear from brand new members, so if you’ve joined this month or this week do fire off a question on any topic that appeals. Indeed, if you’ve been toying with signing up, either for a full year or a see-how-it-goes experimental quarter, there’s still time to do so and shoot me a head-scratcher for today’s show – and to book your tickets for next month’s special members-only events. But, if you’re not interested in joining, no worries, as they say in Oz: We seek no unwilling members – and as always the show is free, so we hope you’ll want to tune in.

Clubland Q&A and much of our other content is supported by members of The Mark Steyn Club. As I always say, we’re not paywalling off SteynOnline or any of that nonsense – and in fact this site now offers more free content than ever before in our sixteen-year history. But Club membership does confer a few benefits, including not only participation in our Q&As but also access to this week’s spooky Halloween Tale for Our Time, The Wendigo, and next month’s members-only events.

So see you back here live this afternoon at 4pm Eastern Daylight Time. That’s 5pm in the Canadian Maritimes, 5.30pm in Newfoundland – and, beyond the Americas, where certain clocks have already fallen back to winter, 8pm in London and Dublin; 9pm in Paris and Berlin; 10pm in Cairo and Jerusalem; 11pm in Moscow and Istanbul; 11.30pm in Tehran, for all you Newfoundlanders who move to Iran for the half-hour time zone; 1.45am in Kathmandu, for all you Iranians who move to Nepal to check out the quarter-hour time zone; a grisly 4am alarm call in Hong Kong and Perth; a 7am brekkie in Sydney and Melbourne; an even more convivial hour for the kippers and kedgeree in Auckland and beyond; and an eminently civilized gong of 9.45am in the Chatham Islands, my current favorite among those quarter-hour time zones.

Thoughts on the 1776 Commission and Its Report

President Harris and Her Sidekick Joe