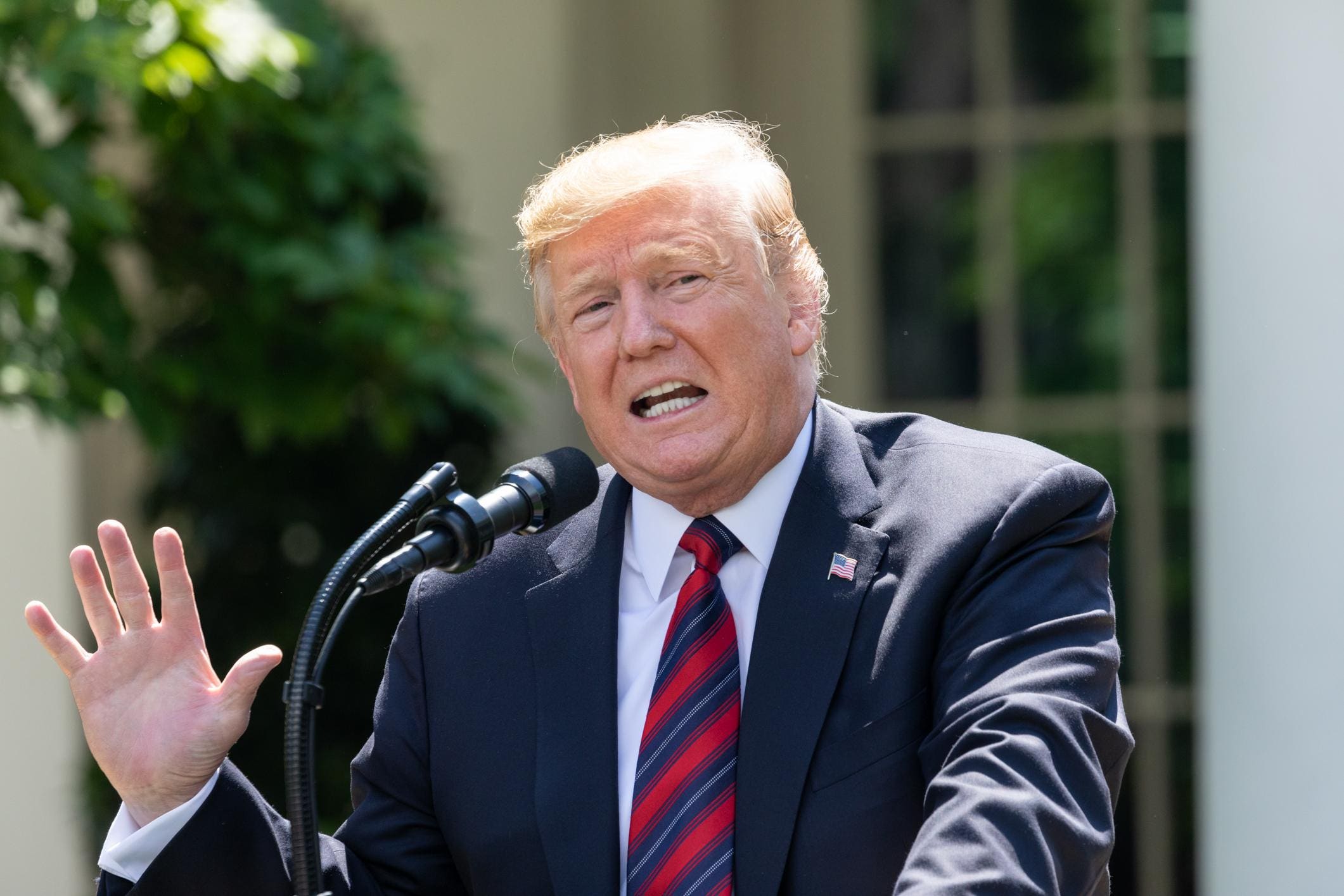 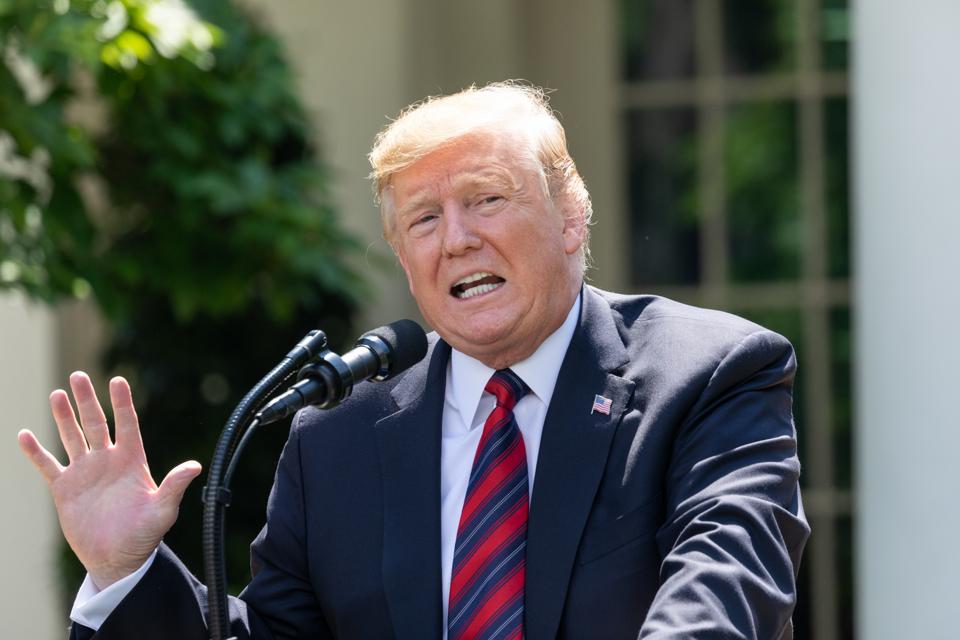 Donald Trump discussing immigration at the White House on May 16, 2019. (Photo by Cheriss … [+] May/NurPhoto via Getty Images)

Trump administration efforts to impose new H-1B visa restrictions face a surprising obstacle – the low unemployment rate among professionals in computer occupations in the United States. Trump officials hoped to use the current economic downturn to impose more immigration restrictions, but new data show the unemployment rate for individuals in computer occupations declined from 3% in January 2020 to 2.8% in April 2020, according to an analysis of the Bureau of Labor Statistics’ Current Population Survey by the National Foundation for American Policy (NFAP).

The new unemployment figures complicate the administration’s efforts to issue more measures aimed against high-skilled foreign nationals in science and engineering. “The data raise questions about the Trump administration’s ability to use the unemployment rate for computer professionals to justify the new restrictions being considered for H-1B visa holders and international students working on Optional Practical Training (OPT),” notes the NFAP analysis.

On April 22, 2020, the Trump administration issued a presidential proclamation that suspended the entry of most new immigrants. The proclamation also ordered a 30-day review to recommend additional actions against temporary visas that are likely to include new restrictions on H-1B visa holders, F-1 students and others.

The proclamation stated the reason for blocking new immigrants is “we must be mindful of the impact of foreign workers on the United States labor market, particularly in an environment of high domestic unemployment and depressed demand for labor.”

However, Trump administration data from the Bureau of Labor Statistics show for people with technology skills there is no “high domestic unemployment and depressed demand for labor.”

Economists note there is no evidence reducing immigration lowers the unemployment rate. A study by economist Giovanni Peri and others looked at the last recession and found denying the entry of H-1B visa holders harmed job growth for U.S.-born professionals.

U.S. professionals in computer occupations (the same occupations as most H-1B visa holders) had a lower unemployment rate in April 2020 than in January 2020 – 2.8% vs. 3% – a decline of approximately 7% or 0.2 percentage points, according to the Bureau of Labor Statistics’ Current Population Survey. Employment numbers can fluctuate from month-to-month, but the big story is that due to continued demand for their skills professionals in computer occupations have fared much better in the U.S. labor market than individuals in other occupations.

In FY 2019, 66% of H-1B beneficiaries were in computer-related occupations, according to U.S. Citizenship and Immigration Services. The National Foundation for American Policy analysis tracked the occupations most common for H-1B visa holders and included computer systems analysts, electrical and electronics engineers, software developers and several others. (See Table 1.)

Why did professionals in computer occupations fare better in April 2020 than other workers? One reason is the skills used by computer professionals generally can be performed remotely, notes labor economist and NFAP Senior Fellow Mark Regets. That is important during the coronavirus pandemic. Regets said in an interview that the skills in computer occupations are in high demand today and likely will be in even higher demand in the future as more work moves online.

Online job postings are another indicator of the continued demand for individuals with computer skills. As of May 13, 2020, there were 625,702 active job vacancy postings advertised online in the previous 30-day period for jobs in the most common computer occupations that generally require a bachelor’s degree or higher, according to Emsi Job Posting Analytics. (Emsi is a company focused on economic and workforce development.) Looking at the occupations that track those eligible for H-1B visas, there were 258,607 active job vacancy postings for software developers (applications), 86,953 for network and computer system administrators, 81,460 for computer systems analysts, 54,570 for information security analysts, 33,507 for electrical engineers and 26,740 for software developers, systems software. “All job posting counts reflect unique postings that were active during the indicated time frame,” which was April 14 to May 13, 2020, according to Emsi.

Much is not well in the job market, even for those in high-tech occupations. Companies with a significant technology component most affected by the economic downturn are those, such as Uber and Airbnb, that offer services tied to travel or hospitality. The active job vacancy postings for “all occupations” declined by 24% from 12 months ago (April 14 to May 13, 2019 vs. April 14 to May 13, 2020), according to Emsi, and also fell in computer occupations, though generally by less. However, if the Trump administration is correct that the U.S. economy will improve in the coming months, then those figures should improve.

The Trump administration is also targeting international students allowed to work in the U.S. in Optional Practical Training, primarily after graduating from American universities. “There is no evidence that foreign students participating in the OPT [Optional Practical Training] program reduce job opportunities for U.S. workers,” according to a study by University of North Florida Economics Professor Madeline Zavodny. “The relative number of foreign students approved for OPT is negatively related to various measures of the unemployment rate among U.S. STEM [science, technology, engineering and math] workers.”

It does not make much sense to establish long-term immigration policy based on short-term employment problems related to a health crisis, the NFAP analysis notes, particularly since the president has said the unemployment picture will improve this year and analysts point out economic research shows foreign-born individuals do not adversely affect U.S. workers. The latest Bureau of Labor Statistics data show the unemployment rate has declined in U.S. occupations common among H-1B visa holders, which makes it even more dubious to cite unemployment in those occupations to justify new restrictions on H-1B visas and international students.