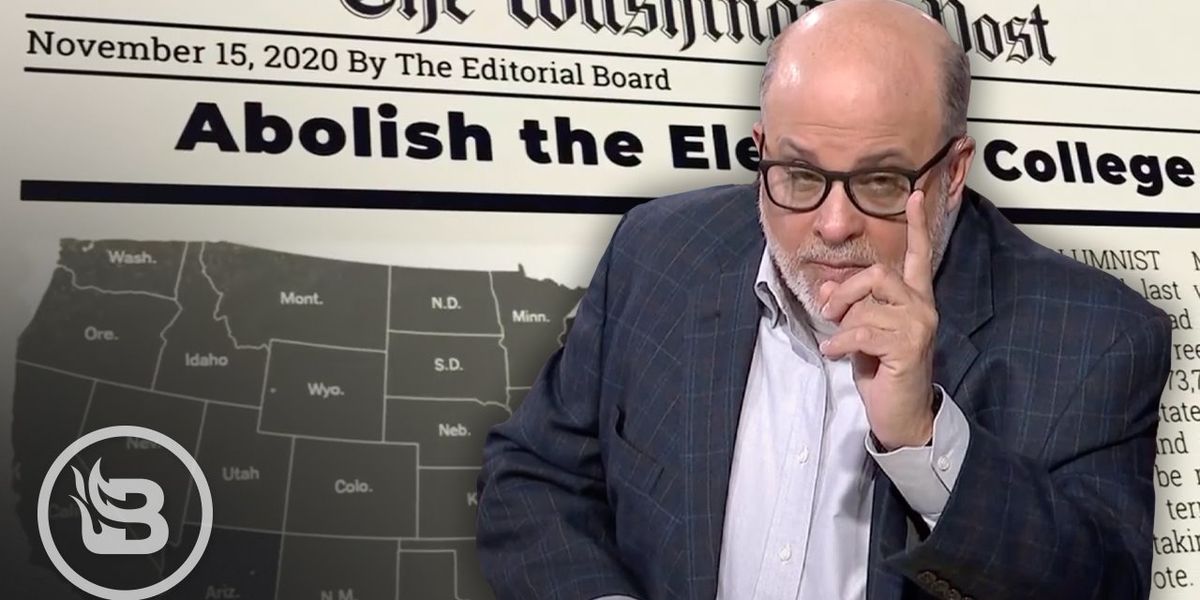 BlazeTV’s Mark Levin warned that abolishing the electoral college would mean that America’s cities would control the government, which in turn means that Democrats would control the country. Alarmingly, this nightmarish scenario is just one Senate seat away from becoming a reality. As Mark explained, if the Democrats win both of the two Senate runoffs in Georgia, the Senate’s 100 seats will be evenly split between Democrats and Republicans with the deciding vote going to the vice president. And if that vice president is Democrat Kamala Harris, the Democrats will almost certainly destroy the electoral college, and with it, our future as a constitutional republic.

“What they [Democrats] are saying is what I’ve been warning you about,” he continued. “They don’t want to represent republicans and they don’t want to represent areas that they do not control … and the fact is, if they destroy the electoral college and do all these other things they want, we won’t live in a republic, certainly not a constitutional republic any more. That’s why Georgia is so crucial. If we lose Georgia, by one vote — because the vice president of the United States is the president of the Senate and breaks all ties — you’ll have a 50/50 Senate. Kamala Harris will sit in that chair, she will rule over the Senate. Biden will rule over the executive branch. Pelosi … will rule over the House. They will pack the Supreme Court. There will be no where to go, and then they’re going to enshrine, as they did in California, their permanency as a party.”

Watch the video below: