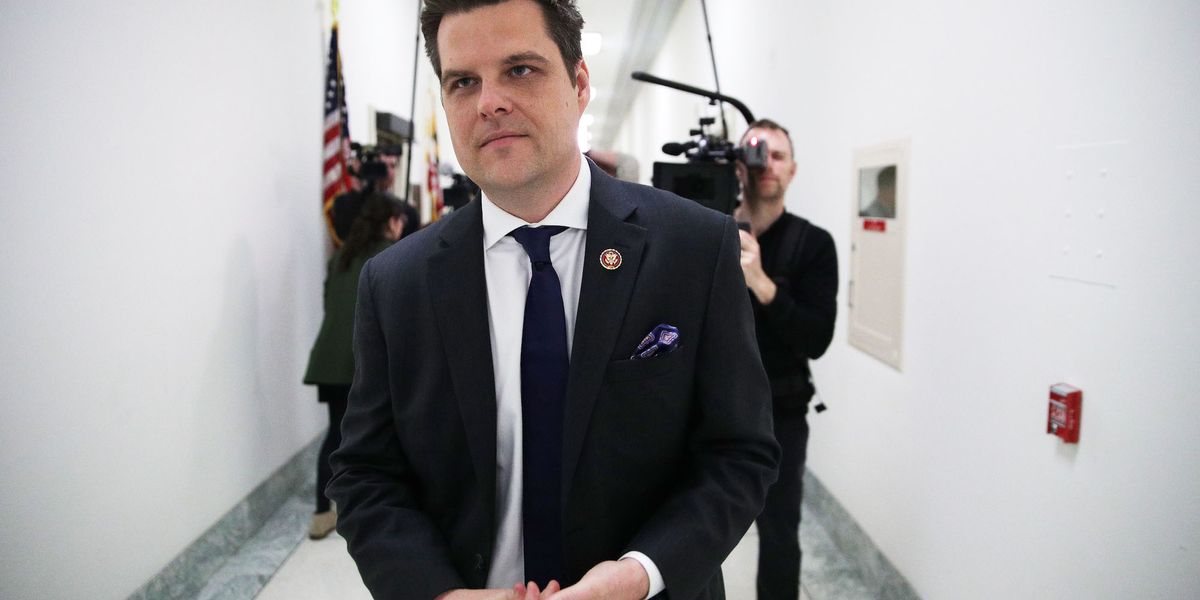 Four Republican members of Congress announced on Monday that they were in self-quarantine after being informed of their contact with a person who was diagnosed with the coronavirus.

One of those, Rep. Matt Gaetz (R-Fla.), got onto Air Force One with President Donald Trump just prior to making his announcement.

The coronavirus has been causing global disruption for weeks, but it has spurred serious alarm after a participant in the Conservative Political Action Conference was diagnosed, possibly exposing political figures to the virus.

On Sunday, Sen. Ted Cruz (R-Texas) announced that he was in self-quarantine because had been in contact with the coronavirus-infected person at CPAC.

In addition to Gaetz, three other members also said they were placing themselves in quarantine: Republican Rep. Paul Gosar of Arizona, Republican Rep. Doug Collins of Georgia, and Democrat Julia Brownley of California.

Gaetz tweeted about his self-quarantine, saying that he had not yet exhibited symptoms.

“While the Congressman is not experiencing symptoms, he received testing today and expects results soon. Under doctor’s usual precautionary recommendations, he’ll remain self-quarantined until the 14-day period expires this week,” the account said in a second tweet.

“He was not hyper cautious about being in the same space that I was in,” said Gaetz to Ben Terris of the Washington Post.

Some critics mocked Gaetz for wearing an oversized gas mask on the floor of Congress the week prior to his announcement. His account claimed that he had done so in order to demonstrate “his concern” for the risk of the virus hitting members of Congress.

Here’s Gaetz talking about his mask: