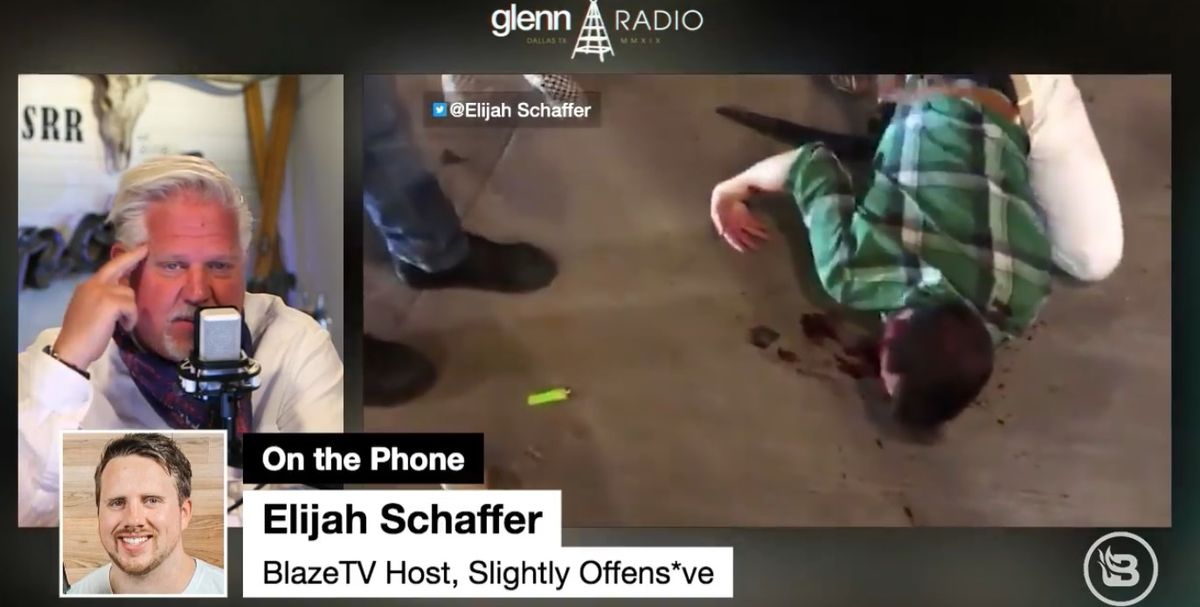 The media has been trying to discredit BlazeTV’s Elijah Schaffer after he recorded a disturbing video of a man being brutally beaten and stoned almost to death by rioters Saturday evening in Dallas.

“The very dishonest far-left media is working tirelessly at the moment to completely, not only discredit myself, but they always say, ‘Elijah Schaffer who works for Glenn Beck’s BlazeTV.’ As if that’s an insult. So I’m going to clear the air right now,” he told Glenn.

Elijah went on to describe the violent scene, detailing the events leading up to the brutal beating of a man who was apparently trying to defend a local bar. Elijah posted a video of the incident on Twitter Saturday night.

“Rioters with rocks and bricks and bats and weapons, 150 or more, were accosting him as he stood in front of the bar,” Elijah said. “Then they started stoning him, Glenn! Medieval! Throwing rocks and bricks…. We’re in America. This is 2020. We do not stone people in the United States of America!”

To enjoy more of Glenn’s masterful storytelling, thought-provoking analysis and uncanny ability to make sense of the chaos, subscribe to BlazeTV — the largest multiplatform network of voices who love America, defend the Constitution and live the American dream.