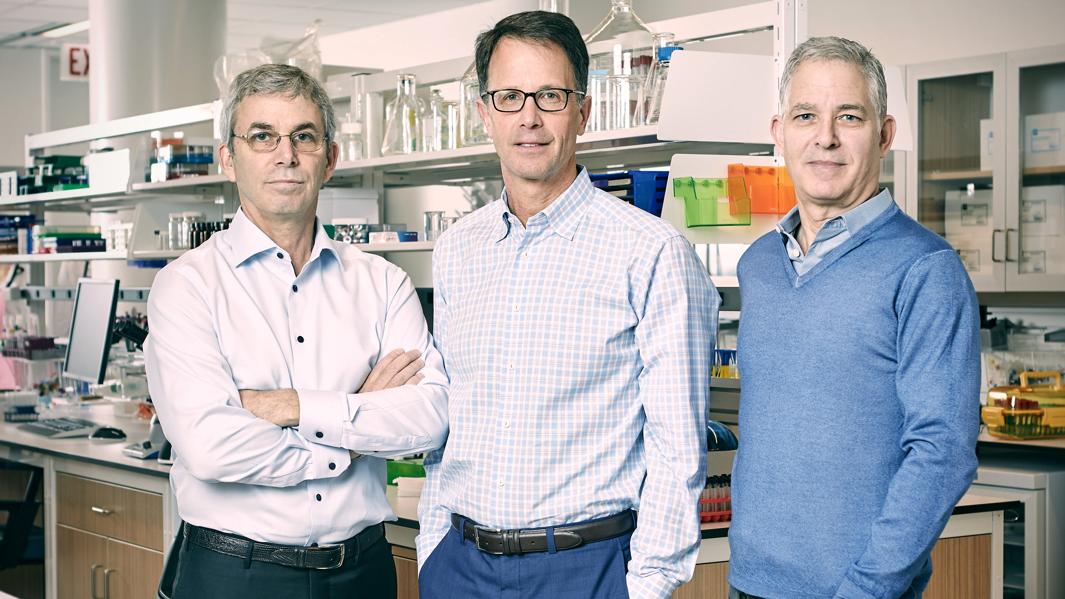 As coronavirus spreads rapidly across the country, one virtually unknown medical supply company is finding itself suddenly responsible for the well-being of millions.

Almost overnight, Medline’s employees began working around the clock. They quickly ramped up production of bleach products, disinfecting wipes and, yes, toilet paper. The company’s billionaire owners – the Mills family – started spending tens of millions of dollars to air freight vital supplies, including face masks and surgical gowns, from factories in China. They moved to reconfigure factories in Wisconsin and Connecticut to make hand sanitizer, with a goal of making 150,000 bottles a week by mid-April.

And all of that was before President Trump announced he is invoking the Defense Production Act to ease medical supply shortages, which will make things even more frantic.

“The volume is off the charts. I get emails and phone calls from acquaintances in the industry, from active customers, non-customers. I literally can’t go an hour without getting some kind of request in my mailbox,” says Medline’s 58-year-old president Andy Mills. “Our executive team…is literally getting thousands of requests a day.”

It’s crazy times for the family-owned firm, which has been quietly making basic medical supplies, from baby blankets to bandages, for over 100 years. Now, the company which has annual sales of $13.9 billion and is 100% owned by the Mills family, finds itself on the front lines of a global pandemic, forced to ramp up production of the medical supplies that only make up a small percentage of their 550,000-product business.

“We are only concerned right now about our employees’ safety and taking care of our customers. We are not worried about sales or profits or anything. We need to get through this and everybody needs to be safe. And if we do that, we will worry about the next 50 years later,” says Mills. 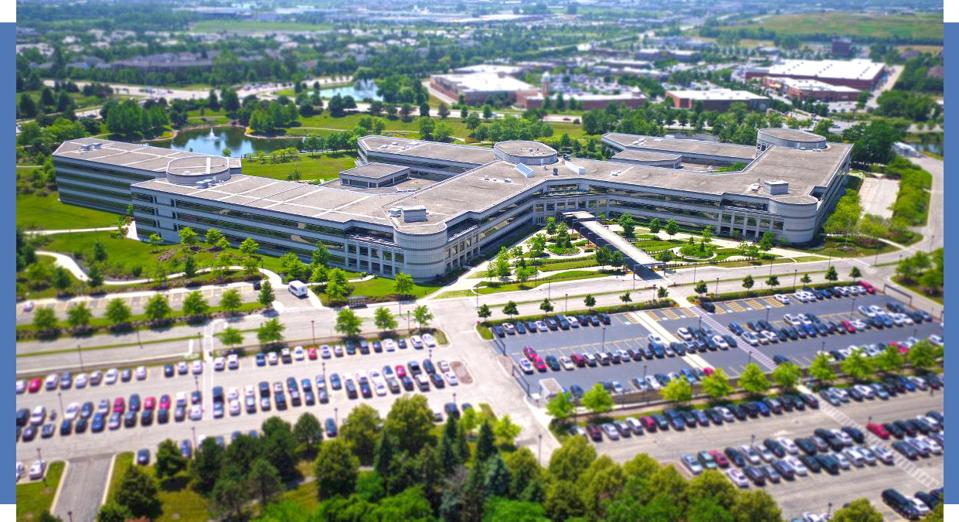 Inside Medline’s headquarters are framed patents for things like flame-retardant medical gowns and a mural made up of 3,000 bandages.

The campus-like headquarters of Medline are in former Kraft Heinz offices, nineteen miles north of Chicago, set back among the strip malls and chain restaurants of Northfield, Illinois. The sprawling campus is nondescript from the outside but inside it is bustling with activity. The largest privately held medical supplies company in the U.S., its customers include hundreds of nursing homes, pharmacies and 45% of the top 150 hospital systems in the U.S.

Starting in early February, Medline employees began receiving desperate calls and emails from all sorts of would-be customers. “We are getting random calls and emails – anyone from a local dentist to people looking to export 20 million masks to China,” says Mills.

It hasn’t been easy. To meet demand, in January the company applied for tariff relief from the U.S. government – a lot of Medline’s products are made in China and had been ensnared in Trump’s trade war. The majority of the requests were denied. (Unsurprisingly, a couple of months and a few thousand global deaths later, those requests have largely been granted).

Expanding production of the face masks is also proving challenging. Medline sources its single-use masks from the Hubei province of China, where the virus originated, and factories are just starting to open back up this week. But due to shortages, reusable masks are now in great demand. There is good news there: Medline manufactures its reusable gowns and masks in Latin America, which so far hasn’t been greatly affected by the pandemic.

Longtime customers such as Mayo Clinic and St. Louis-based Ascension, which operates 150 hospitals and 50 senior living facilities, get first dibs on all supplies, says Medline, which has turned down orders from potential new customers to meet the needs of its existing ones first. For now customers are able to order supplies “on allocation,” meaning they can only order quantities equal to their traditional orders. One exception: Medline-supplied nursing homes who, historically, have never needed to order face masks and isolation gowns will be allowed to order them.

“I feel a great sense of responsibility to serve our industry and help the nation during a true crisis,” says Mills.

Medline makes 550,000 products including hospital baby blankets. Its biggest seller is surgical procedure trays that bundle together such items as gauze, gowns and sponges. Last year, it sold 23 million trays for $1.2 billion.

Medline has been at the front lines of disasters before. When Hurricane Harvey hit Texas in August 2017, the company jumped into action to make sure its customers got the medical supplies they needed. Medline bought high water vehicles and boats to distribute its products to nursing homes around Houston, where elderly patients were unable to be evacuated. Twelve years earlier, when Hurricane Katrina ravaged New Orleans, Medline dropped emergency medical supplies via helicopter on top of the parking garage of a hospital that couldn’t evacuate its ICU patients.

Medline’s roots go back to 1910, the year A.L. Mills moved from a small town in Arkansas to Chicago. He sold handmade butchers’ aprons that he sewed together for workers in the city’s vast meatpacking district. Soon after, a nun who worked as a seamstress at a local hospital asked Mills if he could make and sell them hospital garments.

“At that time, a butcher’s apron and a surgeon’s gown were the same exact material, except one had sleeves and one didn’t,” Andy Mills recounts. “He decided it was a lot nicer to call on nuns and hospitals than guys slaughtering animals in the meatpacking district.” Thus, Mills Hospital Supplies was born in 1912. Twelve years later, his son Irving Mills took over the business.

The family invented the first surgeon’s gown with 360-degree coverage and were among the first to commercialize blue and green fabrics in the operating room that cut down on glare from operating room lights. It also was the first to introduce the now ubiquitous pink and blue striped blankets for newborns.

Inspired by Sears, Irving created a medical supply catalog and expanded the company’s product line from textiles to gloves, medical equipment and surgical instruments. What they didn’t make in-house, they resold.

In 1961, Irving sold the company to Cenco Instruments, a now-defunct laboratory equipment company based in Chicago. His sons Jon and Jim started Medline five years later, with a $500,000 (about $4 million in today’s dollars) investment from Irving. Within the first year, they had 19 employees, many who had worked at Irving’s company, and $1 million in revenue, mostly selling sheets, gowns and towels.

“I wish the additional attention to Medline did not come as the result of a worldwide pandemic.”

The current generation – consisting of Andy, his cousin Charlie, who is CEO and Andy’s brother-in-law and Medline COO Jim Abrams — took over in 1997 when sales were already more than half a billion. The trio took over during a tough time. New software troubles caused the company to have difficulties tracking orders. It was the only year that Medline didn’t see double digit sales growth. Employees were asked to work Saturdays. “I thought that would crush people, but it had the opposite effect. Employees appreciated that we shared what our predicament was,” Andy says.

Nearly a quarter of a century later, the Mills family still owns the entire business, which Forbes estimates is worth at least $3 billion.

Eventually – although no one knows when – the pandemic will end, and Medline is preparing for that future with a raft of new products.

One of the most promising: a hand-held, skin-graft device. Traditionally skin-grafts require painful surgery and take a long-time to heal. Medline’s new device, which was developed by Harvard and MIT scientists, uses 316 microscopic needles to pierce healthy skin and graft it onto burns or wounds. The treatment can be done in 15 minutes in a doctor’s office.

Though it hasn’t yet cleared clinical trials, Andy is hopeful the product will launch later this year or in early 2021. “The market opportunity is hundreds of millions [of dollars] worldwide. It’s giant,” he says. “It’s really the only device like that that’s been created and thoroughly patent protected.”

Despite plenty of innovations like this over the years, there is a reason that the Mills family and the company aren’t better known. “For a long time, I thought it was good that Medline flew under the radar screen. It’s nice being a private company. There’s a level of modesty in the company that we don’t walk around with any swagger,” says COO Abrams.

Adds Mills, “I wish the additional attention to Medline did not come as a result of a worldwide pandemic. I am extremely thankful to our employees for continuing to work tirelessly to deliver product as quickly as possible, and we’re even more grateful for the healthcare workers who are on the front lines fighting COVID-19.”