It was a billion-dollar flop.

Michael R. Bloomberg spent more than $900 million on his failed bid for the White House by the end of February, a spectacular sum and the most ever for a self-funded politician in American history. But it was not enough to help the billionaire candidate win a single state before he dropped out of the 2020 Democratic presidential primary in early March.

Mr. Bloomberg, the former mayor of New York City, poured more than $500 million into television advertising and $100 million on digital ads during the course of his roughly 100-day campaign, according to a new filing made Friday with the Federal Election Commission. He spent tens of millions of dollars more on a raft of media consultants, pollsters and digital strategists, the filing showed.

Mr. Bloomberg had spent heavily since his late and unorthodox entry into the race in November 2019. He set out to skip the first four primary states in February — Iowa, New Hampshire, Nevada and South Carolina — and instead use his personal fortune to compete starting with the Super Tuesday contests on March 3 when more than a dozen states and 1,357 delegates were up for grabs. 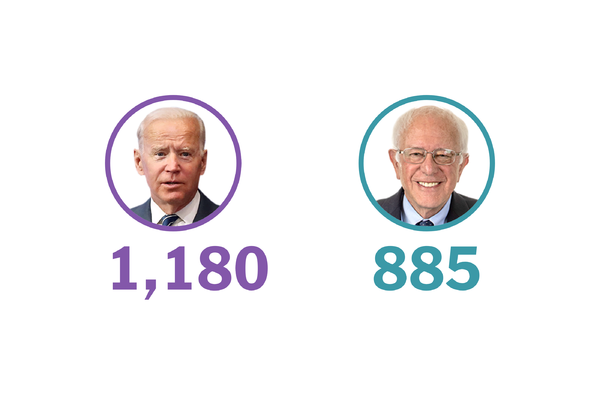 Mr. Bloomberg dramatically increased the pace of his spending in February: He spent $466 million in only 29 days, and accrued $31 million in bills he has yet to pay.

That adds up to approximately $17 million per day — the entire budget of some presidential candidates.

Mr. Bloomberg steadily rose in the polls this winter on the power of a can-do image crafted by his ad-makers. It did not hurt that he was the only candidate able to afford ads across the country, including in costly California and Texas markets.

But his poor first debate performance in Las Vegas, when Senator Elizabeth Warren unsparingly questioned his character and his record, began a swift downfall. Joseph R. Biden Jr. then decisively won in South Carolina and the Democratic establishment quickly consolidated behind the former vice president, as rivals including Pete Buttigieg and Senator Amy Klobuchar dropped out and endorsed Mr. Biden in a frantic 48-hour period.

The developments left Mr. Bloomberg with little support on Super Tuesday. His lone victory was in the faraway territory of American Samoa. He secured only 58 delegates in the latest projections — at a cost of more than $15 million a piece, a price-tag that is sure to rise because the new filing does not cover the first days of March.

The lavish spending came to a crashing halt after Mr. Bloomberg exited the race. Mr. Bloomberg had attracted aides with outsize salaries, perks that included Manhattan apartments for some in his headquarters and the promise of a steady job — whether he won the nomination or not — trying to defeat President Trump through November.

But plans for an independent super PAC have since been scrapped and former Bloomberg campaign officials said Friday they were transferring $18 million in leftover campaign funds to the Democratic National Committee instead. Campaign aides could reapply for jobs — at reduced salaries.