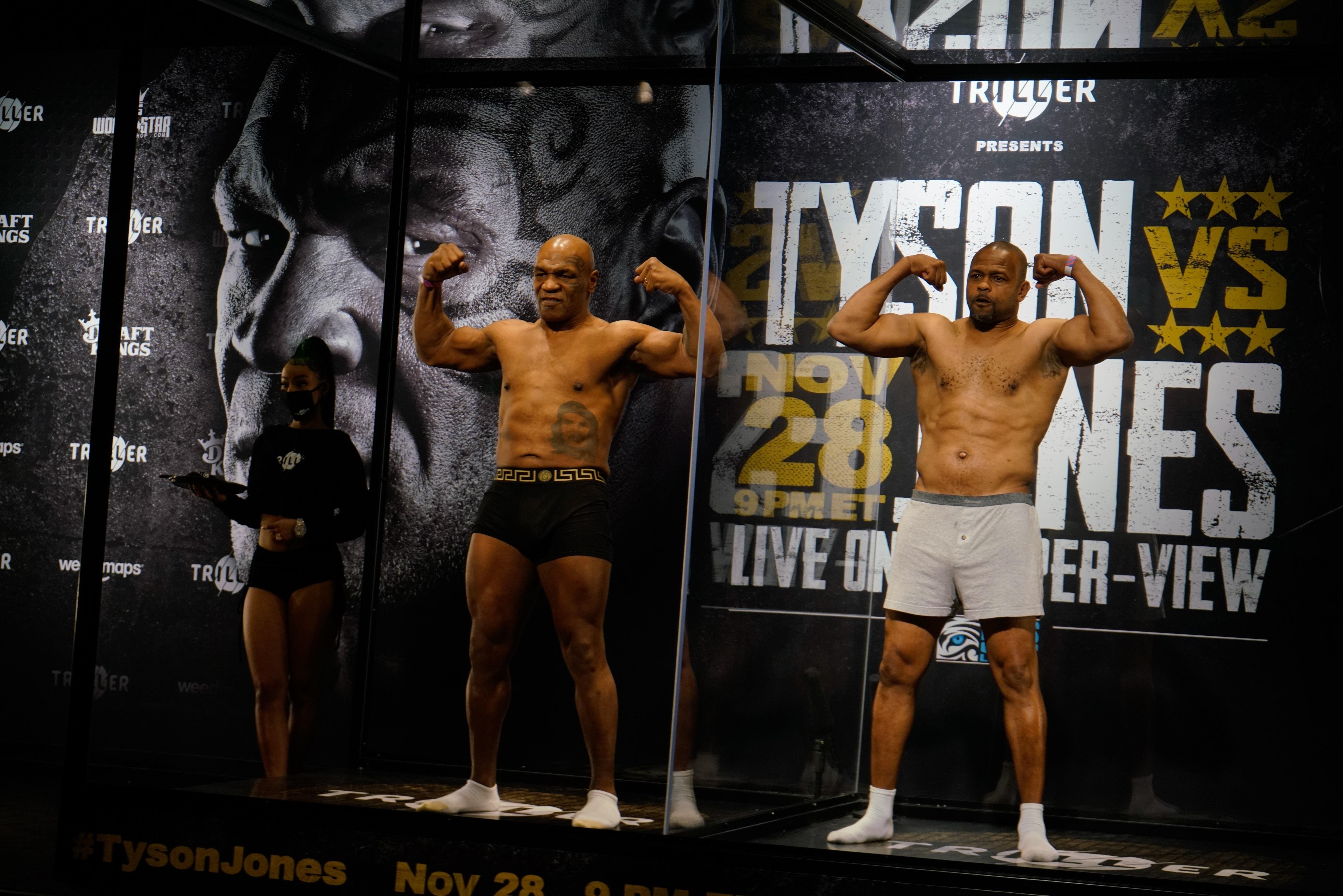 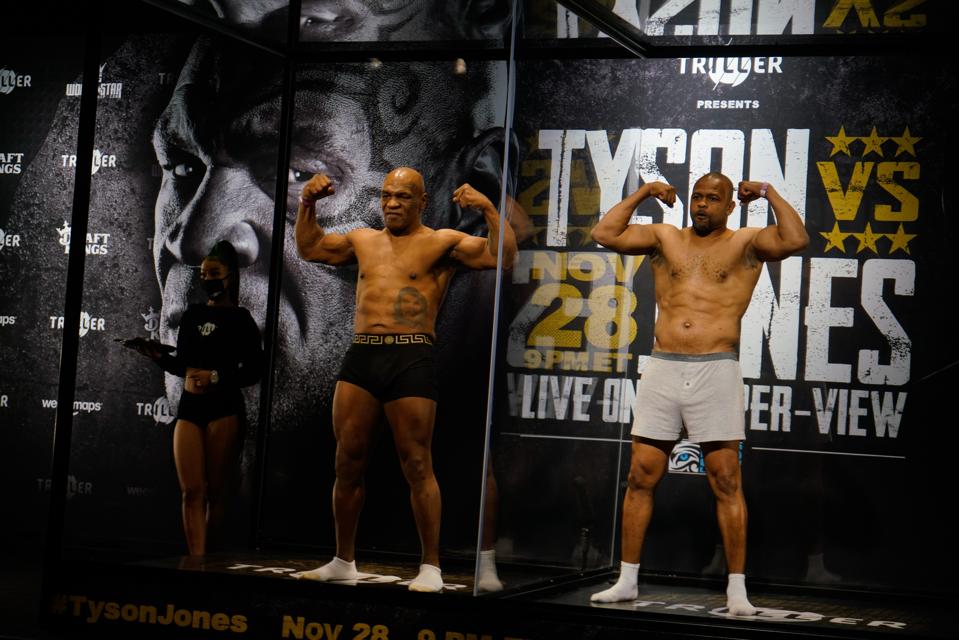 Mike Tyson, left, and Roy Jones Jr. pose down after their offiical weigh-in on Friday

If you’re looking for a legitimate prizefight featuring one of the most towering heavyweights in history vs. one of the greatest boxers of all time, Mike Tyson vs. Roy Jones Jr. only fits half of the equation. Tyson is the most popular and scariest heavyweight of the past 40 years. Jones is an all-time pound-for-pound great. But whether the Tyson vs. Jones results on Saturday night that can be watched on the Triller app or on PPV for about $50 will be legitimate is anybody’s guess.

[If you’re looking for the Jake Paul vs. Nate Robinson live blog, make sure to click here.]

It’s an eight-round exhibition that will feature 2-minute rounds. The California State Athletic Commission explained that the referee will look to step in and break the fighters up if the action gets too heated. The CSAC said there won’t be any knockouts, and it’s intimated that this will basically be a glorified sparring session.

The CSAC also won’t have official judges scoring the fight, but the WBC will have remote judges who will pronounce the winner if the fight goes the distance.

“The Tyson-Jones fight will be unlike any other sporting event in history,” Mike Lu, the Triller CEO, said. We’ll find out soon whether that’s a good thing.

The Tyson vs. Jones PPV begins at 9 p.m. ET, and I’ll be here all night, giving my round-by-round thoughts, explanations and unofficial scoring (and remember, I’ll be individually live blogging the Jake Paul vs. Nate Robinson undercard bout right over here).

You might have a tougher time than usual finding a place to actually bet on this fight since most online sports books have pulled their odds. But Bovada has posted odds, making Tyson the favorite at -225 (bet $225 to win $100) and Jones the underdog at +175 (bet $100 to win $175).

When the fight was first announced, Tyson was seen anywhere from a -300 to -350 favorite with Jones between +200 and +140 (Bovada was actually an anomaly and originally made Jones the -160 favorite and Tyson the +120 underdog).

According to Yahoo Sports’ Kevin Iole, Tyson has been guaranteed a $10 million purse, while Jones will make at least a $3 million payday. Tyson has said that he plans to donate his winnings to charity.

I predict that this whole thing could be a mess. But if you want a true prediction, I think Tyson will start fast and try to knock out Jones in the first two rounds. After that, he’ll get winded and be ripe for Jones’ speed (if he dares to enter the pocket). Even though this fight won’t be officially scored, I’d say Jones emerges victorious in the eyes of the celebrity judges with a unanimous decision win. Somewhere in the 77-75 range.