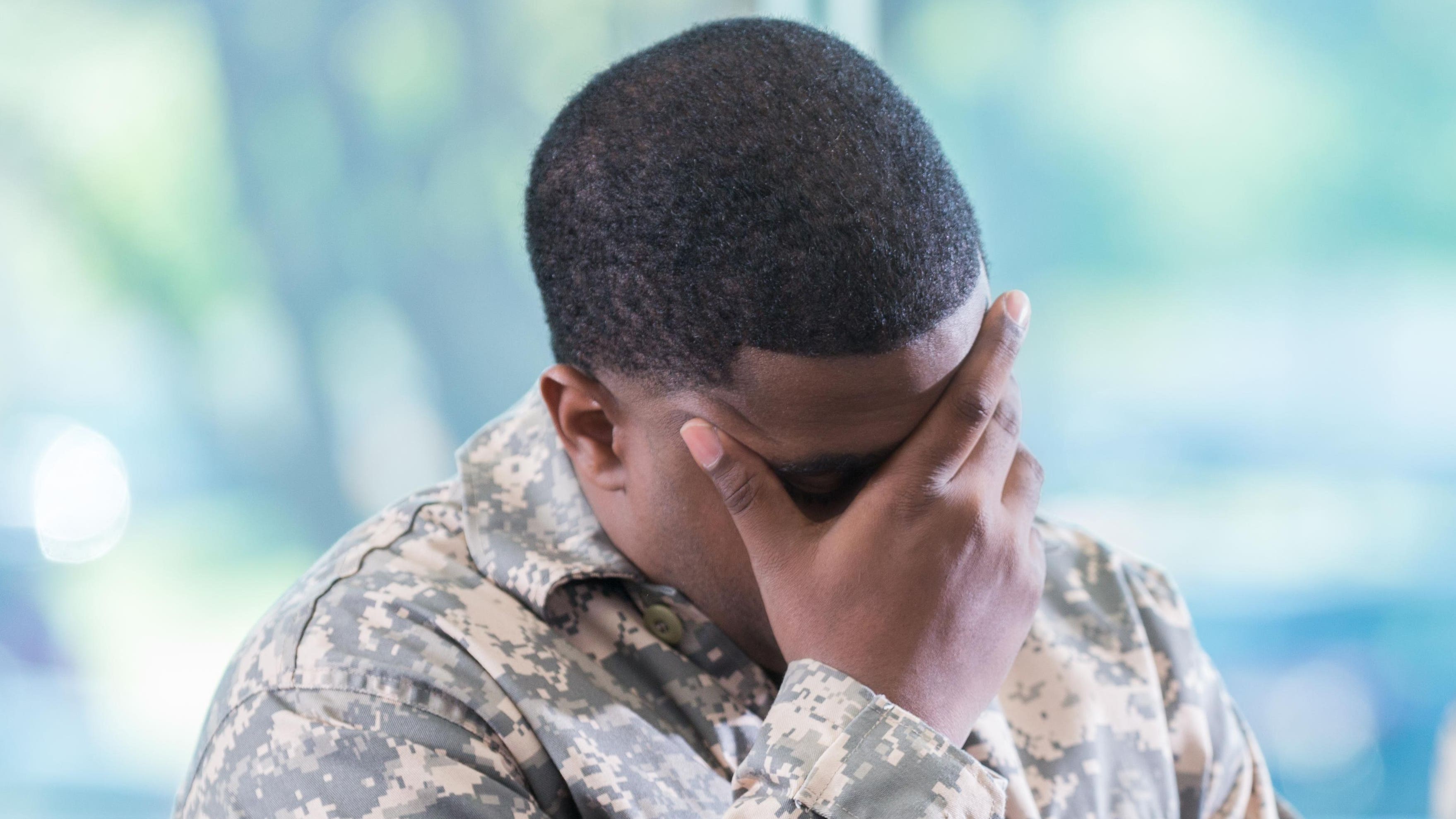 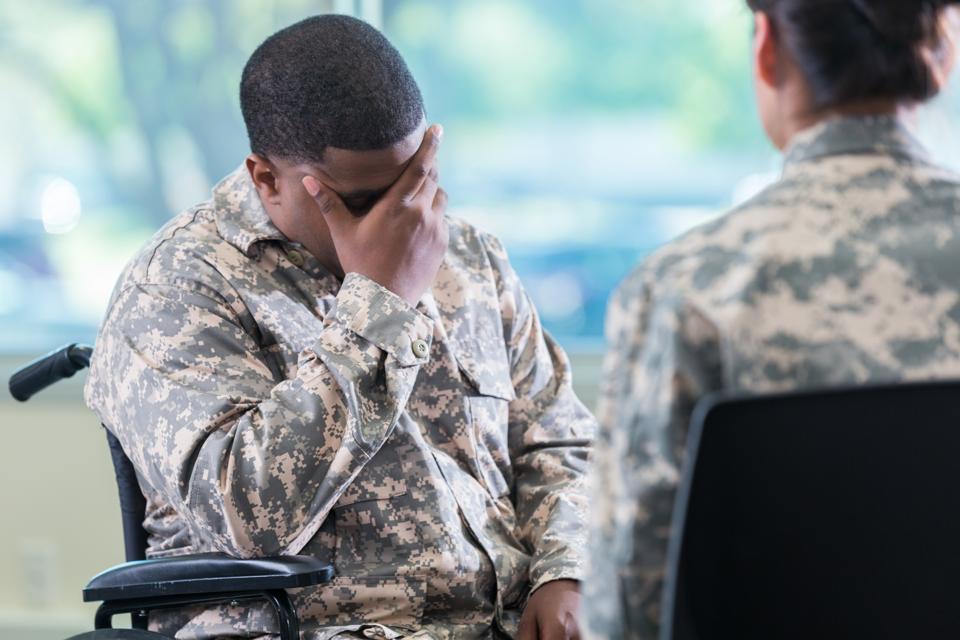 1.3 million active-duty military personnel are being forced to take on additional financial risk … [+] because of Trump’s payroll tax deferment. The payroll tax deferral is mandatory and members cannot opt out.

Members of the military take enough risk in their day-to-day jobs. Now the 1.3 million active-duty personnel, as well as hundreds of thousands of civilian military employees, are being forced to take on additional financial risk and participate in Trump’s questionable payroll tax deferral scheme. “All active-duty military members as well as federal civilian employees will be subject to the president’s upcoming payroll tax deferral”, a White House official told Federal News Network in another Friday evening news dump. More egregiously,” the deferments are “non-negotiable,” meaning that military members have no freedom to choose whether to participate or opt-out.

Trump’s payroll tax deferral initiative took effect September 1, 2020, but has landed with a thud. The optional program for employers allows them to stop withholding the 6.2 percent Social Security tax that employees pay each pay period for the rest of 2020. Few private employers have publicly announced plans to participate. Employers are balking at having to collect the deferred taxes from employees in the first four months of 2021, the burden of implementing a change to their payroll systems mid-year, and the additional risk of being liable for repayment even if they are unable to recoup the money from employees.

Administration Has Leverage Over Federal Employees And Military

While the administration couldn’t force private employers to participate, it has much more leverage over federal employees. It has harnessed that power unapologetically. At first, federal employees were informed that if they earned less than $4,000 per bi-weekly pay period they would be automatically opted-in the payroll tax deferment. “About 60 percent of the 2.1 million executive-branch employees earn less than $100,000 a year, just below the cutoff set by Trump’s order,” according to The Washington Post. The result is that about 1.3 million federal workers are being compelled to defer their payroll taxes until early 2021.

“The Trump administration’s plan to initiate payroll tax deferrals for civil servants treats the federal workforce as a guinea pig for a bad policy that businesses already rejected as ‘unworkable,’” said Representative Don Beyer (D-Virginia), who represents the largest number of federal employees of any U.S. representative. “This payroll tax deferral does not really put money in workers’ pockets, it simply sets up the members of the federal workforce who can least afford it for a big tax bill that many will not expect,” he added.

The Coast Guard was the first to publicly inform its members, according to Federal News Network. It announced “impending modifications to take-home pay for both civilian employees and military members of the Coast Guard,” according to a bulletin sent to its workforce. The Coast Guard was more explicit about tying the hands of all its members. The deferral “is non-negotiable, there is no opting-out of the deferral,” stated the terse message. The result is that the Coast Guard’s 40,992 active duty members, as well as its 8,577 civilian workforce, will be forced to participate.

Coast Guard employees must plan ahead. For example, the message stated that taxes will be collected in early 2021 “unless the employee/member separates prior to full collection, at which time it will be taken out of final pay.” For those who leave in December, they may be hit with a huge, unplanned tax bill.

According to Federal News Network, a senior administration official confirmed that all active-duty military members, not just the Coast Guard and Air Force, would be subject to the payroll tax deferment.

As noted in a previous column the promise of “savings” from the payroll tax deferral is a mirage. Americans aren’t saving anything. They are simply paying less in taxes for four months and then paying an equivalent amount four months later. “For those who fail to plan ahead, the payroll tax deferral could turn into a financial planning nightmare in early 2021 with their paychecks slashed by a total of up to $2,232 between January and April,” noted the previous article. “This is especially true for the more than 50 percent of Americans who live paycheck-to-paycheck who may struggle when their take-home lay is suddenly cut.

MORE FROM FORBESYour Paychecks May Be Slashed By Up To $2,232 In Early 2021By Shahar Ziv

The percent living paycheck-to-paycheck is much higher for military households. A HarrisX survey conducted last year found that 68 percent were living paycheck-to-paycheck at least every other month and more than half every doing so consistently each month. The latest Blue Star Families’ annual military family lifestyle survey found that “service members and their spouses ranked financial stress as their greatest concern, even over deployment.” Finally, a report by the National Foundation for Credit Counseling (NFCC) found that almost 90 percent of active service members have worries about personal finances. “In general, people are struggling to make ends meet, said Rebecca Steele, president and CEO of the NFCC. That’s “amplified in military households.”

While the forced payroll tax deferment may mean slightly higher paychecks for military families for a few months, the statistics above indicate that the initiative could lead to significantly financial risk in early 2021 as the military seeks to recoup the deferred taxes. Guidance issued by the IRS in Notice 2020-65 was vague, but there is no question that without Congressional intervention, every dollar deferred in 2020 will need to be paid back in 2021. “Make sure your Airmen and families are tracking to prevent financial strain in the future,” urged the Air Force’s Bass.

The White House administration has been trying to sell employers on the benefits of a payroll tax holiday, but here are the fundamental questions: If a payroll tax deferral is such a wonderful thing, why do so few want to participate? If Trump is so big on freedom, then why not give federal employees and military members the option to participate or not?

The payroll tax deferral program will only exacerbate financial stress for military members. “Men and women in uniform face many challenges and daily sacrifices while serving our country,” Ms. Steele of the NFCC added. “Financial concerns shouldn’t be one of them.”

Is Trump Using Next Stimulus Package To Undermine Funding Of Social Security And Medicare?

Would A Second Stimulus Check Or Payroll Tax Cut Be More Effective?

News DSMW - July 31, 2021
0
Sen. Ron Johnson (R-Wis.) delivered a scathing castigation on how Americans are losing trust in the U.S. Centers for Disease Control and Prevention and other federal health agencies. The Republican lawmaker also went on the offensive against Dr. Anthony Fauci and school unions during an appearance on Fox News' "The Ingraham Angle.""The American public is losing faith in our federal health agencies — and that's a real shame," Johnson told guest host Brian Kilmeade on Friday...

News DSMW - July 31, 2021
0
Xander Schauffele leads by one stroke heading into the final round of play. He's the strongest chance the U.S. has at medaling in the event.       ...
MORE STORIES