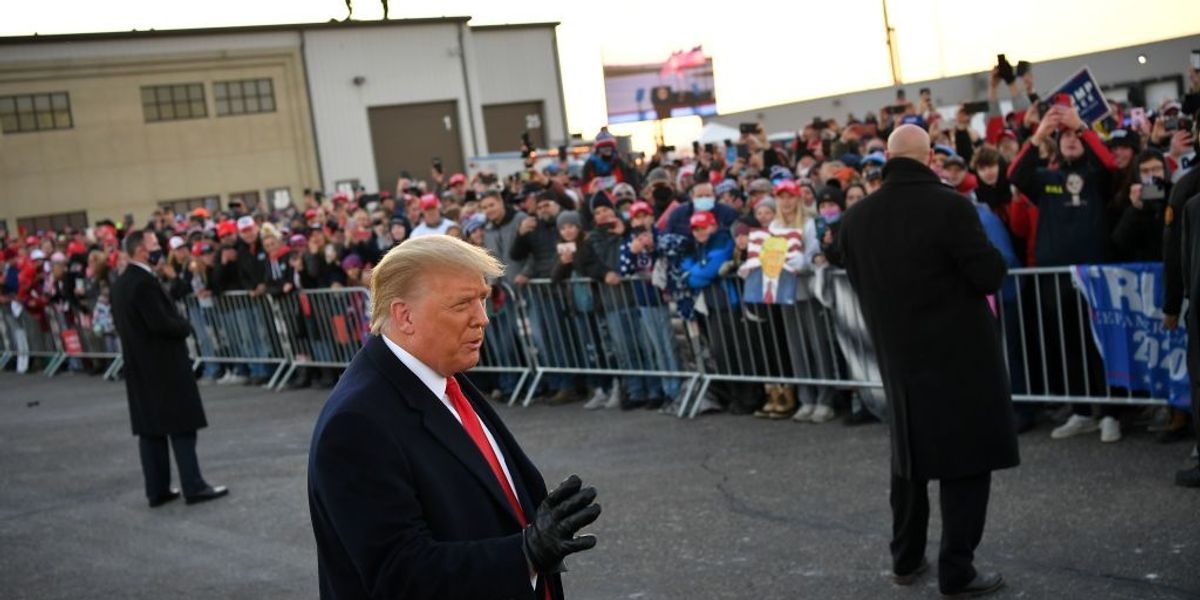 Democratic leaders tried to limit the number of supporters who could attend President Donald Trump’s campaign rally in Minnesota on Friday — but photos show their attempts failed.

Prior to Friday’s rally, Trump claimed that Minnesota’s Democratic Gov. Tim Walz had capped the number of supporters who could attend his Rochester rally at just 250 supporters. Trump said that as many as 25,000 supporters had sought to attend the event.

According to The Hill, Minnesota has limited the number of individuals who can gather indoors or outdoors at just 250 to prevent spreading the coronavirus.

Although only 250 people were allowed into the actual rally area — in which supporters were forced to sit in socially-distanced chairs as mandated by state and local leaders — thousands of Trump supporters gathered outside the official rally barricade, according to photos taken by journalists.

The New York Post reported that, upon arriving to the rally area, Trump “took a motorcade to the overflow crowd rather than the state-sanctioned stage after disembarking Air Force One.”

Glen Stubbe, a photojournalist for the Minneapolis Star-Tribune, captured the throng of supporters who came to the rally despite the crowd limit.

Photo Thread. Even though crowds were limited to 250 at President Trump’s campaign stop in Rochester, Minnesota, hu… https://t.co/kFWPymyVh8

Trump also tweeted a video showing the sea of supporters.

Your far-left Dem Attorney General, and your Dem Governor tried to shut down our rally, silence the people of Minne… https://t.co/RVouhe2S9W

“Your far-left Democrat Attorney General Keith Ellison and your Democrat governor tried to shut down our rally, silence the people of Minnesota and take away your freedom and your rights,” he said, The Hill reported.

“The governor wants to play games. He’s a weak governor. He’s done a terrible job. He doesn’t know what the hell he is doing,” Trump also said. “This should be a lesson.”