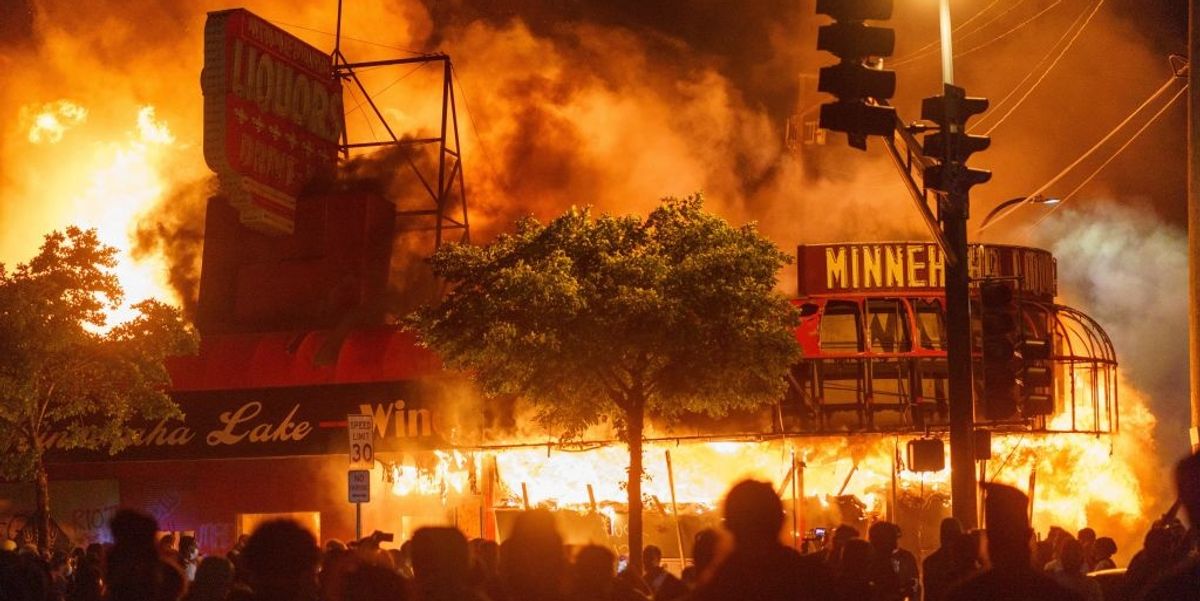 New evidence, however, show their claims are not true.

According to KMSP-TV, the “overwhelming majority” of those arrested in the Minneapolis-St. Paul metropolitan area over the last several days were in-state residents.

The overwhelming majority of people arrested in connection with the Minneapolis unrest have Minnesota addresses, a search of the online Hennepin County Jail log shows.

Of the 45 people arrested for rioting, unlawful assembly, stolen property, burglary or robbery on May 29 and May 30 so far, 38 had Minnesota addresses, according to publicly available jail records reviewed by FOX 9.

In fact, KMSP reported that only six of those arrested have out-of-state addresses.

The revelation forced Carter to retract his previous declaration that “every” protester that had been arrested in his city were not local residents. The Democratic mayor claimed he was given inaccurate information prior to making remarks at a press conference on Saturday.

Leggat, the security consultant, said intelligence reports from his colleagues indicate most of the hard-core protesters in Minneapolis are far-left or anarchists, and that far-right groups have not yet made a significant appearance. He said looting is typically done by locals – usually people with no criminal record who just get caught up in the moment.

But direct conflicts with authorities come from a mix of both locals and outside groups who see these conflicts as a core part of their mission. Many of the anarchists, he said, target banks, chain-type businesses and even luxury cars as symbols of corrupt institutions. He said even a peaceful protest can turn violent if outside agitators decide to participate, hijacking the message.

Indeed, Attorney General William Barr said Saturday that the violence is being carried out by “far-left extremist groups.”

“In many places, it appears the violence is planned, organized, and driven by anarchistic and far-left extremists, using Antifa-like tactics, many of whom travel from out of state to promote the violence,” Barr said.

Barr reiterated those facts in a statement on Sunday, saying that, “violence instigated and carried out by Antifa and other similar groups in connection with the rioting is domestic terrorism and will be treated accordingly.”