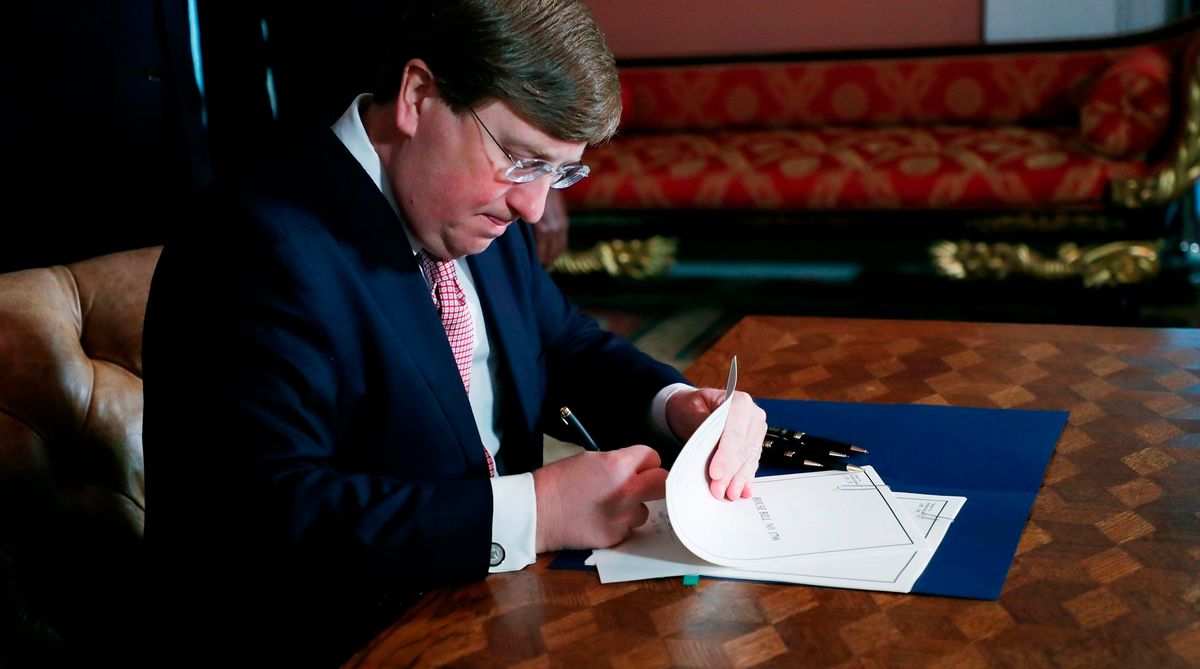 Mississippi Gov. Tate Reeves (R) issued a mandate Tuesday requiring every citizen to wear a mask at public gatherings or while shopping for the next two weeks, arguing that the statewide order is necessary to stop the spread of COVID-19 — and to bring back college football.

Reeves held a televised press conference to announce his executive order regarding masks, where he declared, “I want to see college football. The best way for that to occur is for us all to realize is that wearing a mask — as irritating as that can be and I promise I hate it more than anyone watching today — is critical,” the Mississippi Free Press reported.

Reeves is not the first politician or public figure to cite college football as a reason for wearing a mask. Alabama coach Nick Saban even filmed a public service announcement for the school to promote wearing a mask so that the football season could happen. Saban’s PSA came in May, over two months before Reeves’ declaration.

The Clarion Ledger reported that up until Tuesday, Reeves had used a piecemeal approach to mask mandates, requiring them only in 38 of Mississippi’s 82 counties before making a dictate covering the entire state.

The governor previously resisted issuing the statewide order, arguing that mask mandates are difficult to enforce and telling reporters last month, “I know a lot of you think we can snap our fingers and all of a sudden 100% of the people will comply and everything will be great.”

Reeves also announced Tuesday a delay in school reopening for grades 7-12 in a handful of counties, saying, “We must pump the breaks in the hardest hit areas.” Students and adults alike will be required to wear masks in schools.

But Reeves wants to press forward with keeping most schools open, tweeting Monday, “I’ve said it before and I will say it again: We cannot ignore the severe damage that extended school closures do to kids. I know that these days the public conversation favors noise over nuance — but this is nuanced.”

I’ve said it before and I will say it again: we cannot ignore the severe damage that extended school closures do to… https://t.co/hInjs8azcs

According to the Associated Press, Mississippi’s Health Department reported the state had more than 62,000 reported cases of COVID-19 as of Monday night and 1,753 deaths from the virus. Earlier this week, WTOK-TV reported that “director of the Harvard Global Health Institute Ashish K. Jha predicts that Mississippi will become number one in the nation for COVID-19.”