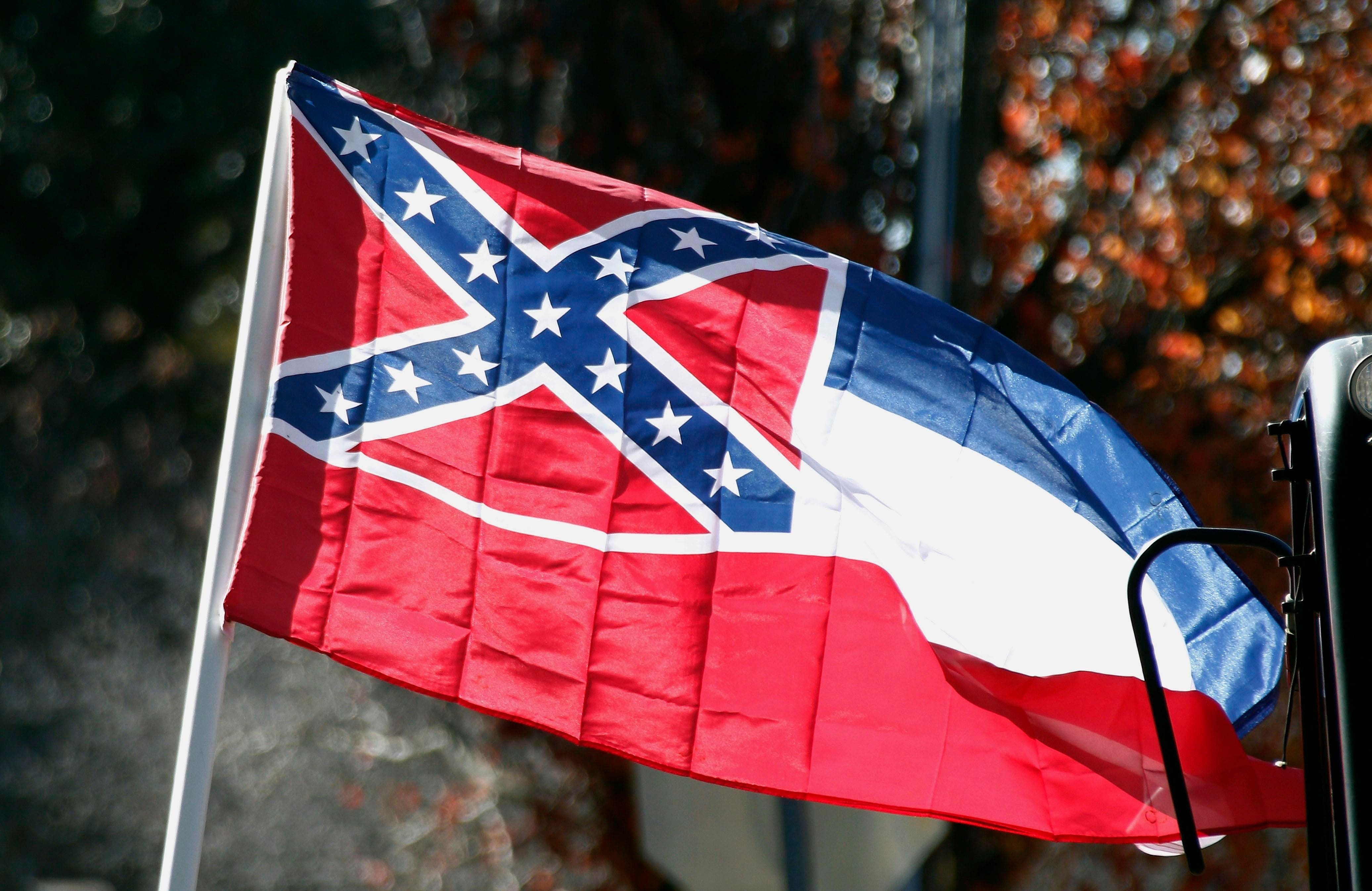 As Confederate statues and other references to America’s slaveholding past are being removed across America, Mississippi is the only state that still incorporates the “stars and bars” of the Confederacy in its state flag.

But the question is: for how much longer?

That question took on even greater urgency on Thursday as Greg Sankey, the commissioner of the Southeastern Conference (SEC), one of the most powerful collegiate athletics conferences in the country, issued a statement calling on Mississippi to change its flag:

“It is past time for change to be made to the flag of the State of Mississippi,” Sankey said in a statement. “Our students deserve an opportunity to learn and compete in environments that are inclusive and welcoming to all.”

“In the event there is no change, there will be consideration of precluding Southeastern Conference championship events from being conducted in the State of Mississippi until the flag is changed,” Sankey added. 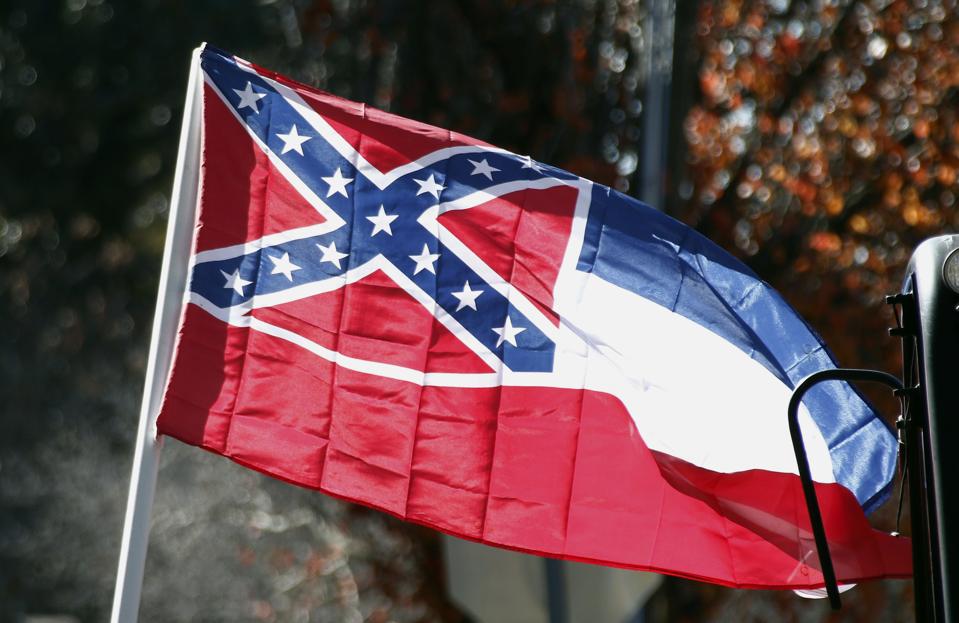 FILE – In this Tuesday, Jan. 19, 2016 file photo, a state flag of Mississippi is unfurled by Sons of … [+] Confederate Veterans and other groups on the grounds of the state Capitol in Jackson, Miss.An effort to erase the Confederate battle emblem from the Mississippi flag is failing because sponsors didn’t gather enough signatures to put an initiative on the 2018 ballot. (AP Photo/Rogelio V. Solis, File)

By injecting the voice of one of college athletics’, and particularly college football’s, most successful conferences into the argument over its state flag, the SEC commissioner raised the stakes in the debate over how Mississippi is wrestling with its Confederate past. The NCAA, the nation’s overall collegiate athletics governing body, already banned predetermined post-season events and championships from taking place in Mississippi because of its flag, but the SEC had not committed to a similar ban for its own championships.

For its own part, the Mississippi legislature is currently debating a change to its flag, but the proposed resolution to begin the process has not yet been sent out of committee, and it does not appear legislators are optimistic that any change will be made this legislative session. Which means a flag that many believe is racist will continue to fly over the state for the foreseeable future.

Mississippi is the only state that was part of the Confederacy and has not chosen to remove the rebel insignia from it’s flag. The last state to make such a change was Georgia, which adopted a new flag in 2003 after coming under increased pressure from business and other organizations threatening to boycott the state. In 2015, South Carolina, which was the first state to secede from the Union, removed the Confederate flag from flying on its capital grounds following the racist mass shooting by Dylann Roof in a historic church in Charleston, South Carolina.

The issue of Mississippi’s state flag also stands in contrast to the national reconsideration of how symbols of the Confederacy are displayed around the country. In the wake of the killing of George Floyd and other unarmed Black individuals over the past several months, and the protests that have followed, many white Americans are coming to terms with the legacy of slavery in American history, as well the continuing repercussions of systemic racism on Black Americans. As a result, the repudiation of Confederate and racially insensitive symbols in public places, as well as across American culture, are being roundly repudiated and changed.

By refusing to change its flag, Mississippi risks not only irresponsibly holding on to a symbol of the past that many of its citizens and Americans find deeply troubling, but also its future ability to create economic opportunity in the state for all of its residents. A greater number of protests and boycotts seem imminent, especially in the current environment in which activism around issues of racial justice are dominating the national conversation.

In bringing the issue of the Mississippi flag to the nation’s attention, the SEC shows it is not playing ball with a state that won’t let go of it’s offensive symbols. If Mississippi doesn’t change course quickly, it might find that not only is losing the chance to host college championships, but it in the game of our nation’s racist past versus our optimistic future, it may also end up being America’s biggest loser.

And that is a game the state shouldn’t want to play.