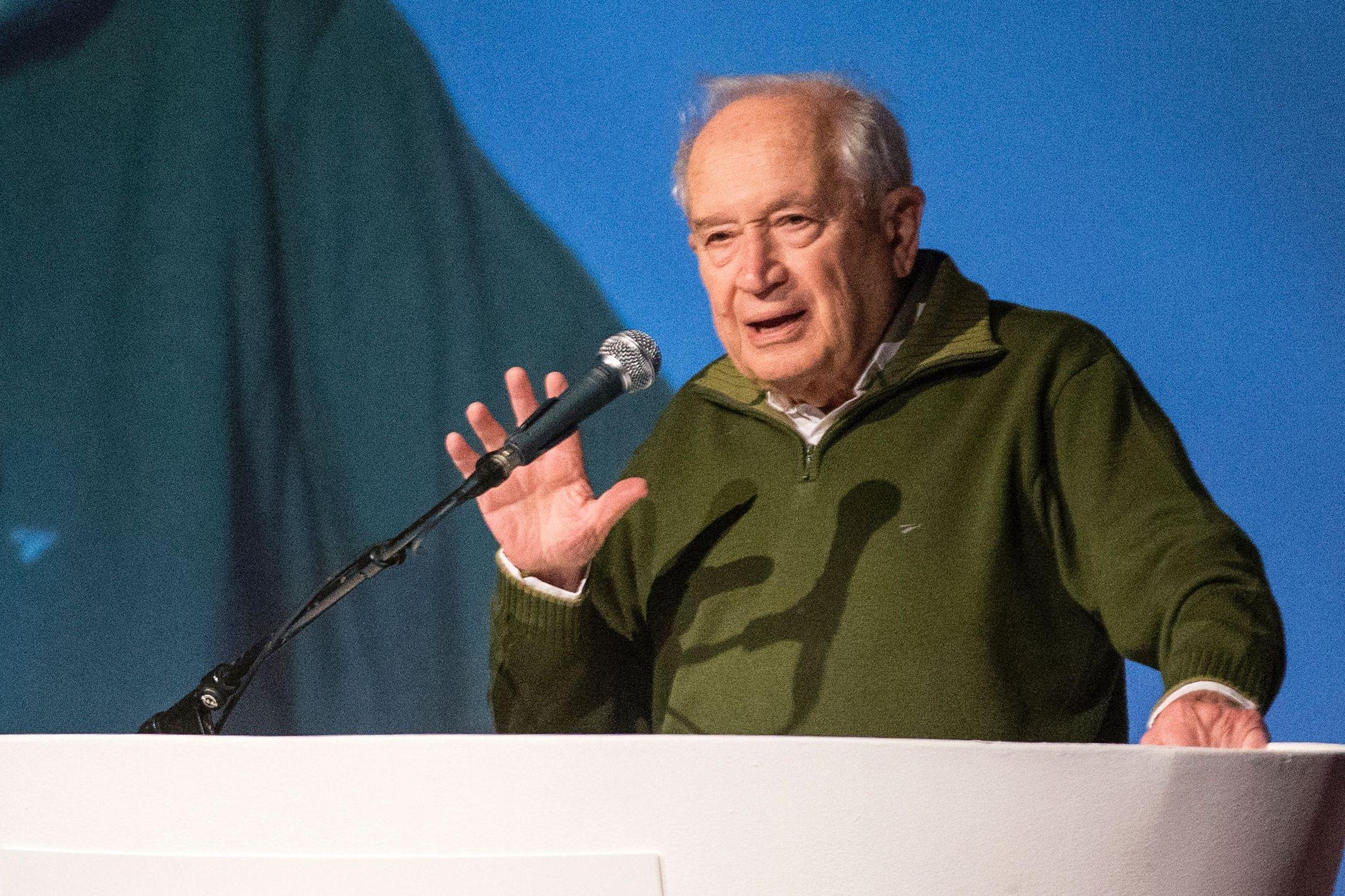 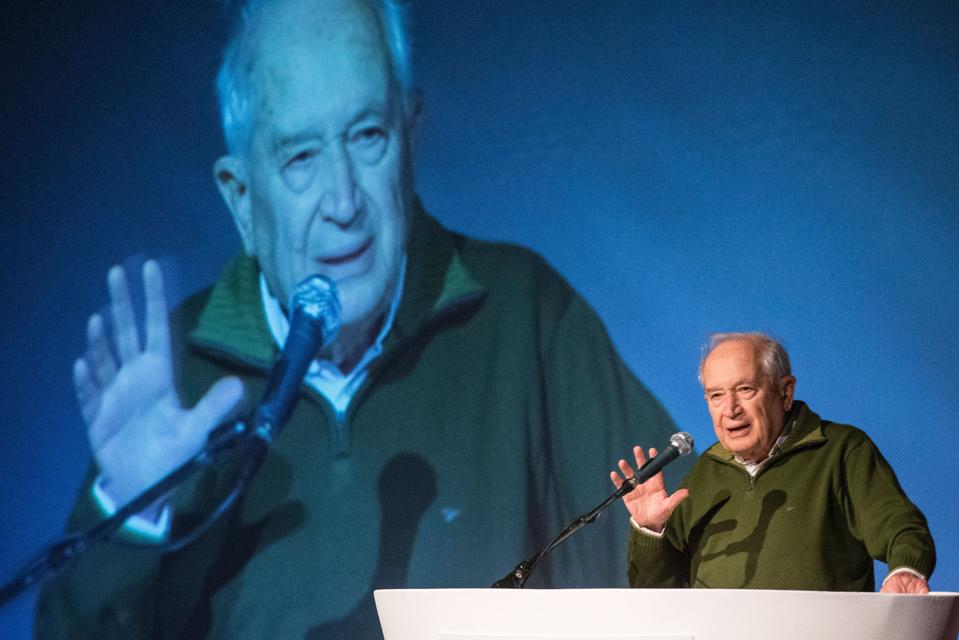 Raphael Mechoulam delivers a speech to participants at the CannaTech conference, an international … [+] summit for accelerating cannabis innovation, in the Israeli city of Tel Aviv on March 7, 2016. Mechoulam is a leading figure in the medical cannabis research and serves today as the chairperson of the CannaTech conference. / AFP / JACK GUEZ (Photo credit should read JACK GUEZ/AFP via Getty Images)

Professor Raphael Mechoulam, also known as the “father of cannabis research,” revealed his latest discovery, cannabidiolic acid methyl ester (EPM301), only a few months ago. The introduction of this new, patented compound (synthetic, fully stable acid-based cannabinoid molecules) caused a wave of excitement around the future of medicinal cannabis.

The compound in question was presented to the world in partnership with EPM, a global biotechnology company based in the U.S. that aims to bridge the gap between the cannabis and pharmaceutical industries.

During a recent, exclusive conversation, CEO Reshef Swisa and Dr. Mechoulam, shared the history of the journey behind this revolutionary process and its significance in evolving the use of CBD as a pharmaceutical drug.

“EPM developed a method to work with the original substances of cannabis,” the Professor explained. “So, while everybody is discussing THC and CBD, these cannabinoids are actually a secondary substance; they only appear later in the plant.

“Originally there is an acid that appears in the plant, and those acids are these mysterious worlds of compounds that are much more potent than cannabinoids,” he added.

However, these cannabidiolic acids were unstable, and therefore useless in pharmaceutical drug development. Until now, that is.

Mechoulam’s recent revelation stems from the development of a method that allows to modify the acids in a way that keeps them stable enough to allow for their larg- scale use. This opens the door for further pharmaceutical experiments, the professor explained.

“We took a cannabidiol acid and we stabilized it by a simple chemical procedure, called esterification; then the compound is stable,” Swisa explained.

The team then “started looking at the activities of this compound…and found that this particular compound causes suppression of anxiety and suppression of nausea,” he continued, adding that this could make a huge difference in cancer patients on chemotherapy, as well as patients with IBD (Inflammatory Bowel Disease) or Psoriasis.

That CBD and THC can help with a long list of conditions from inflammation and anxiety, to depression and nausea, has been known for quite some time now.

In fact, Mechoulam was possibly the most significant academic to shed light on the active principles of the cannabis plant back in the 1960s, when his work at the Weizmann Institute led to the discovery of the human endo-cannabinoid system, crowning him the “father of cannabis research.”

But the 88 year-old researcher’s newest discovery presents cannabidiolic acid as a far more potent compound than CBD or THC — with no known negative side effects.

“We badly need new drugs in several diseases and some of the drugs that are available, may be pretty good but they ultimately cause side effects,” he said, referencing most non-natural phama drugs, wich are semi-synthetic at best.

“We have two groups of compounds today that need to have a replacement: these are steroids and opioids. We believe that cannabis carries the ability to introduce replacements to these families.”

An Alternative To Steroids And Opioids

While CBD has been considered an alternative to addictive prescription drugs for several years now, EPM’s patent on the use of cannabidiolic acid is the first to prove that these drugs can essentially be substituted without major changes in their efficiency.

“We compare our compound not only to cannabinoids, but to the existing drugs that are applied today,” Mechoulam explained. “So, for example, in IBD we compared our compounds to two conventional products: one is the prednisone (the steroids) and one is a biological drug. And in both of them, we managed to prove that the activity of our compound is very similar to the common one.”

The researcher is optimistic when it comes to the future.

“I sincerely hope that one day we will have, within the next few years, a cannabidiolic acid derivative on the market in parallel to CBD itself.”

See also: The Tosh Family: Torn By Injustice, United By Love (And Cannabis)

But he also warned of the importance of classifying and regulating drugs correctly for their medical use, in order to avoid unwanted side effects.

“Companies should be careful when they’re taking compounds and claiming therapeutics. They need to do it in accordance with the regulation in order to create consistency in the language…because people confuse recreational use with the medicinal use and aren’t necessarily looking to a specific indication, with specific dosing,” he ended.