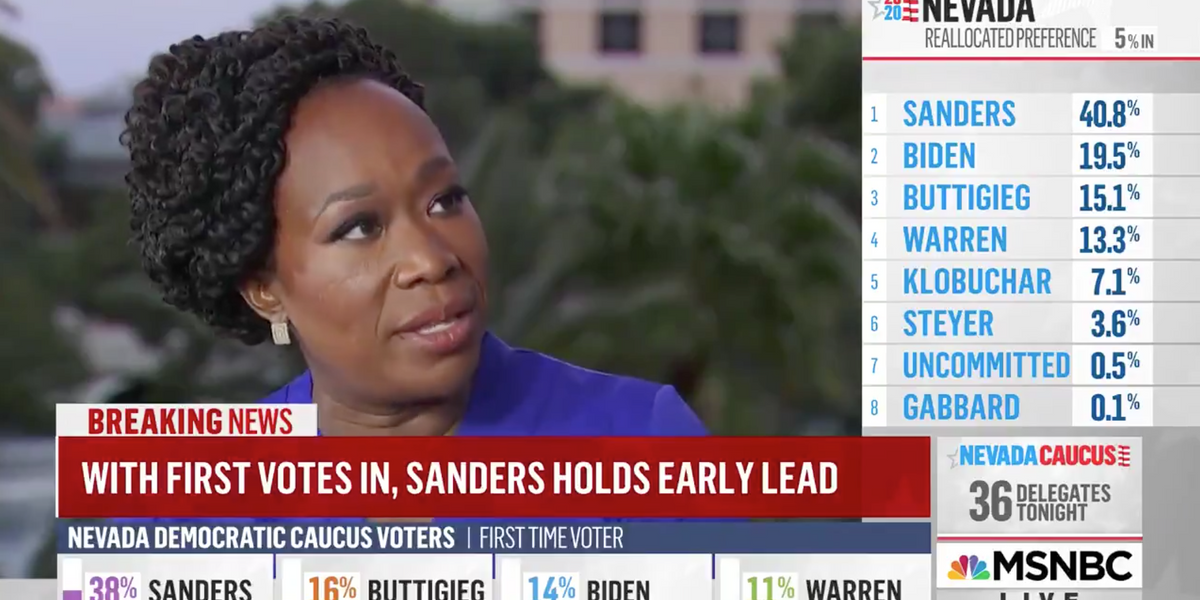 In case there were any doubts as to how limousine liberals feel about people who vote for President Trump, MSNBC’s Joy Reid made it clear yesterday that they look down upon them.

During the network’s live coverage of the Nevada Caucuses, Reid offered an analysis of why she felt Donald Trump won the 2016 election. Unsurprisingly, she said Trump won thanks to racism.

“Even though Donald Trump did not have a majority, the hungry constituency was a lot of white ethnic voters, north and south, who said ‘we’re taking this country back from the brown people, the immigrants. We’re getting rid of unlawful migration,'” Reid said.

Reid also implied that Trump voters were not particularly smart and resent college-educated elites. Paraphrasing what she believes 2016 Republicans were thinking, she said, “‘We don’t care what you say… The smart, the smarty pants, the college educated… forget them. We’re the hungriest.'”

Not the first time she smears conservatives

The MSNBC host has a record of launching unfounded personal attacks at Republicans.

As TheBlaze reported in December 2017, Reid said Trump is the worst version of Americans.

“If you think of the presidency as a national avatar, Obama is who we hope we are, and Donald Trump is who we fear we are,” she siad.

Reid continued to blast “Trumpism” as exuding “something sort of guttural … like playing to all of your base fears of other people — your anger, your rage, your neediness. The core of his need is this black hole inside himself is kind of what America fears — like the crass part of ourselves is becoming.”

In fairness, Reid also accuses fellow Democrats she doesn’t like of being racists.

Earlier this month, as TheBlaze’s Sarah Taylor reported, Reid speculated on her program that former South Bend, Indiana mayor Pete Buttigieg’s use of the word “heartland” in a tweet might be a racist dog whistle.

“So I want to read you a tweet from you,” she said. “‘In the face of unprecedented challenges, we need a president whose vision was shaped by the American Heartland rather than the ineffective Washington politics we’ve come to know and expect.'”

She added, “I got a lot of texts on that tweet. Not positive. From people saying, ‘heartland’—that sounds to a lot of people like a dog whistle to white voters.”