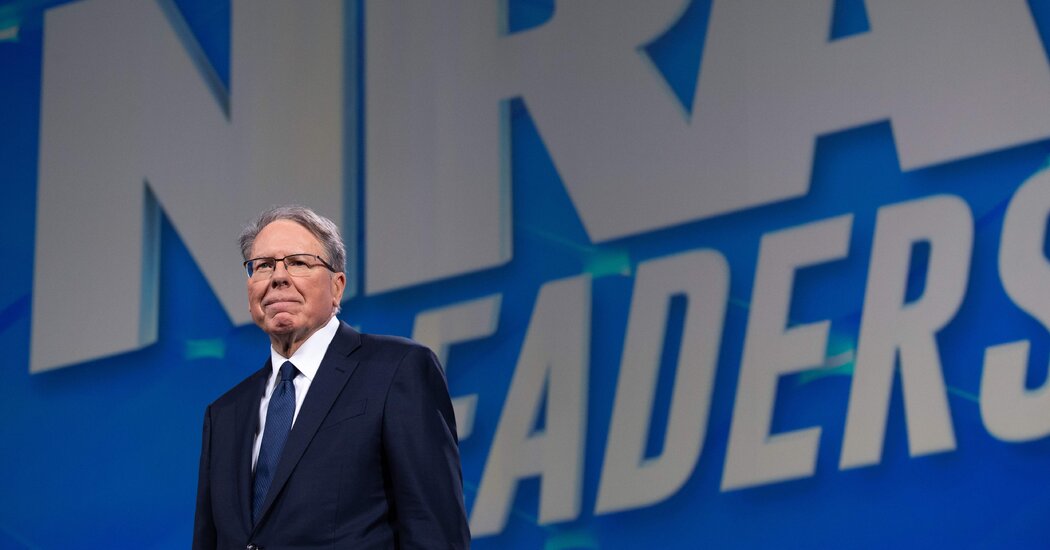 Seeking an end-run around an investigation by the New York attorney general, the National Rifle Association said Friday that it was declaring bankruptcy and would reincorporate in Texas. The gun group was set up in New York after the Civil War.

The plan raised immediate questions from Letitia James, the New York attorney general and a Democrat, who is seeking to use her regulatory authority to dissolve the N.R.A. She has been conducting an investigation into corruption at the gun group since 2019 that has led to infighting and discontent, as well as some departures from the group’s board.

“The N.R.A.’s claimed financial status has finally met its moral status: bankrupt,” Ms. James said in a statement Friday. “While we review this filing, we will not allow the N.R.A. to use this or any other tactic to evade accountability and my office’s oversight.”

Typically, non-profit groups that are chartered in New York and under investigation are prohibited from relocating during an inquiry; in recent years, the attorney general’s office prevented the Trump Foundation from closing before it had reached the conclusion of an investigation into that organization.

The N.R.A. and a subsidiary filed Chapter 11 petitions in the United States Bankruptcy Court in Dallas. The group said Friday that Marschall Smith, a former general counsel for 3M Company, would serve as its chief restructuring officer.

The group said it had also formed a committee to examine moving its headquarters out of Fairfax, Va., and that it would study “opportunities for relocating segments of its business operations to Texas or other states.”

Wayne LaPierre, the longtime chief executive of the N.R.A., said in a statement that “this strategic plan represents a pathway to opportunity, growth and progress.”

“Obviously, an important part of this plan is ‘dumping New York,’” he added. “The N.R.A. is pursuing reincorporating in a state that values the contributions of the N.R.A., celebrates our law-abiding members, and will join us as a partner in upholding constitutional freedom. This is a transformational moment in the history of the N.R.A.”

The N.R.A. has weathered years of revelations about its spending and oversight practices, including hundreds of thousands of dollars spent on Mr. LaPierre’s Zegna suits and far-flung travel to places like the Bahamas, Palm Beach, Reno and Italy’s Lake Como. The group even once explored buying a $6 million mansion in a Dallas-area gated community for his use.

The N.R.A. conceded in recent tax filings that Mr. LaPierre and other executives had received hundreds of thousands of dollars’ worth of improper benefits from the group, which were reimbursed.