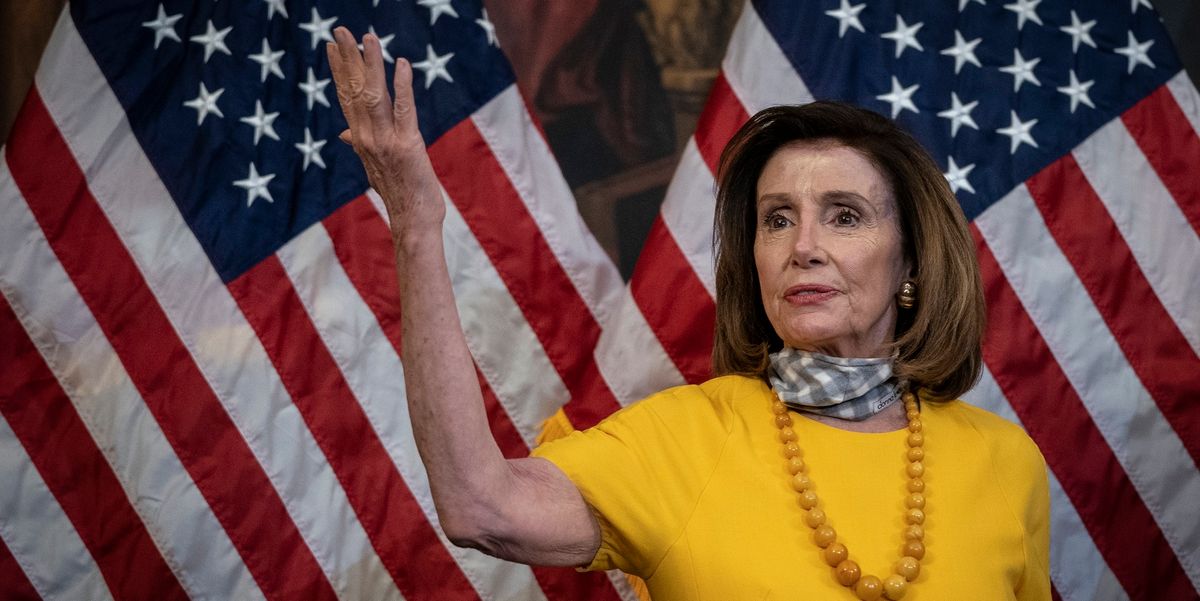 House Speaker Nancy Pelosi (D-Calif.) suggested holding formal discussions over whether statues of Presidents George Washington and Thomas Jefferson should be taken down, saying she is “all for” such a review.

During an interview Thursday with Washington Post Live, host Robert Costa asked Pelosi for her response to activists who believe “there needs to be a reckoning of some sort” for America’s slave-owning Founding Fathers.

Speaker Pelosi said that while she feels any monuments to Confederates should be removed without question—albeit safely—she is also in favor of talks over whether statues depicting the nation’s first and third presidents should also be taken down.

“I’m concerned about slavery in our country. I think it’s a sin,” the Speaker told Costa. “I also am concerned about what happened to Native Americans in our country, so we have a list of grievances that are part of the early years of our country and we do not want that to be continued by glorifying any of the people who perpetrated those injustices.”

Pelosi then suggested, “Rather than tearing down and defacing (monuments), why don’t we just have a review.”

“I’m all for it. Let’s review this,” she reiterated. “Why are we glorifying the sins of the past? That doesn’t mean because Thomas Jefferson or George Washington or others were slaveowners that we should undermine what they did for our country.”

The Democrat said when it comes to Confederates, “that’s a different story,” then added, “But you know what, subject everything to scrutiny and make a decision.”

You can watch the entire interview below. The discussion on monuments honoring the Founding Fathers begins at the 07:00 mark:

The speaker’s comments come as the Trump administration has called up the National Guard to assist in protecting monuments in Washington, D.C., and told U.S. marshals to prepare to defend monuments nationwide from destruction following weeks of riots that have left statues toppled across America.

Confederate tributes were largely the target of activists during the initial weeks of protests, but statues of Founding Fathers, other U.S. presidents, and even abolitionists have been torn down by mobs in recent days.