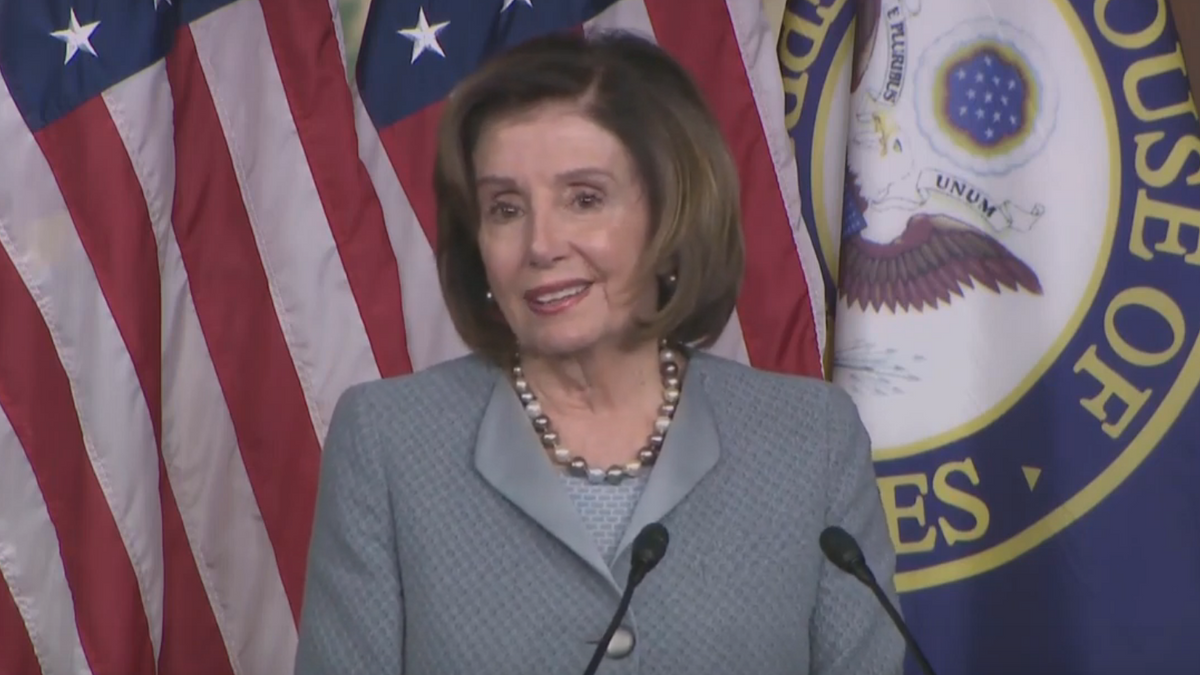 One of the many questions hanging over the current presidential race is how having self-described democratic socialist and Democratic primary frontrunner Sen. Bernie Sanders (I-Vt.) as the party’s nominee might impact Democrats’ efforts to hold on to control of the House of Representatives.

On Thursday, House Speaker Nancy Pelosi (D-Calif.) answered a question to that effect by urging “unity” behind whoever her party’s eventual nominee is — Sanders included — but was also careful to create some distance between the House Democrats’ campaign agenda and the socialist senator’s far-left policy aspirations.

“You just said that it’s your job to put forth an agenda that’s mainstream and I think I heard you say ‘non-menacing,'” one reporter said. “And your agenda, though, differs somewhat from Sen. Sanders’ agenda; you’re not advocating, for instance, ‘Medicare for All.’ So I’m wondering, do you believe Sen. Sanders’ agenda is mainstream?”

“Well, I think that health care is the most important issue in the campaign,” Pelosi began. “There are three issues: Health care, health care, and health care.”

She went on to say that’s why one part of House Democrats’ agenda in the 2018 midterm election was to address health care costs by trying to lower the costs of prescription drugs.

“Now, it’s not unusual for a party platform or the candidates for president to have their own agenda that they would put forth,” Pelosi later explained. “And it’s not unusual for the House of Representatives to have its agenda as well. We have to win in certain particular areas; we’re not about a popular vote in the country or in particular states in terms of the Electoral College. We are district by district, and that’s how we won last time.”

The speaker went on to add, “When we win, we put everything on the table, have a discussion and see where we go from here, but it’s not about causing any division as we go forth. Unity, unity unity. Whoever our nominee is, we will support with respect for his or her positions and hopefully with their respect for our positions as well.”

During a recent interview on CBS’ “60 Minutes,” Sanders was unable to come up with a total cost estimate for his proposals, but simply said, “We have options out there that will pay for it.”

Pelosi’s remarks come against a background of multiple House Democrats voicing concerns about what having Sanders as the nominee would mean for their prospects and control of the House.

Rep. Ami Bera (D-Calif.) also told the Associated Press a couple weeks ago that some Democrats from more moderate congressional districts “might actually have to run away from our nominee to get elected” and also added, “It’s highly unlikely that Bernie Sanders will moderate his views, either.”

When asked on ABC’s “This Week” Sunday whether Sanders’ ideology would put Democrats’ majority in peril, House Majority Whip Jim Clyburn (D-S.C.) said, “I do believe it’ll be an extra burden for us to have to carry.”