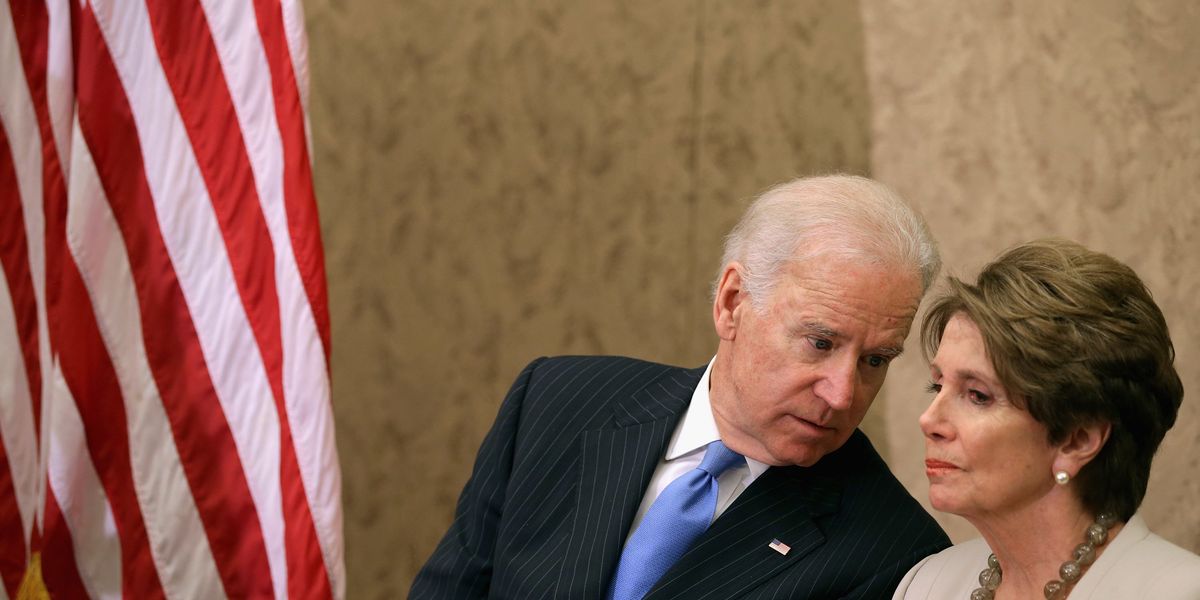 Biden, the presumptive Democratic presidential nominee, stands accused of sexual assault from one of his former staffers in an incident that reportedly took place in 1993. Biden’s campaign has denied the allegations.

In a video shared to her social media channels, Pelosi said, “I’m proud to endorse Joe Biden for president of the United States because he will be an extraordinary president. He knows how to get the job done.”

“Joe Biden brings values and integrity to work every day, because he never forgets his roots,” she said of the Scranton, Pennsylvania, native. “Now more than ever we need a forward-looking, battle-tested leader who will fight for the people.”

She captioned the video on Twitter, which has been viewed at least 202,000 times at the time of this writing, “@JoeBiden has fought for our health care, for our families & for our children’s future. To his work, Joe brings values & integrity. He is a voice of reason & resilience who will fight #ForThePeople. Today, I am proud to endorse him for President of the United States.”

Pelosi made no mention whatsoever about the allegations in her announcement, and previously insisted that she was “satisfied” with the Biden campaign’s denial.

“Yes, I am. I am very much involved in this issue. I always want to give the opportunity that women deserve to be heard. I am satisfied with his answer, yes,” Pelosi said earlier in April.

In March, former Senate staffer Tara Reade accused Biden of sexual assault, noting that the alleged incident took place in 1993. She filed a criminal complaint against Biden earlier in April.

In her complaint, Reade accused Biden of penetrating her without consent during the alleged incident.

The police report did not name Biden, and the Biden campaign vehemently denied all allegations.

Reade alleged that in the 1993 incident, a senior Biden staffer asked her to deliver a gym bag to the then-senator.

“[Biden] greeted me, he remembered my name, and then we were alone,” she said. “It was the strangest thing. There was no, like, exchange really. He just had me up against the wall.”

“His hands were on me and underneath my clothes, and he went down my skirt and then up inside it, and he penetrated me with his fingers and he was kissing me at the same time, and he was saying some things to me,” she added.

When Reade pulled away, she said Biden tried to coax her into reciprocating.

Reade said she refused, but Biden reportedly became irritated and said, “You’re nothing to me.”

In March, Kate Bedingfield — who is Biden’s deputy campaign manager and communications director — said, “Women have a right to tell their story, and reporters have an obligation to rigorously vet those claims. We encourage them to do so, because these accusations are false.”