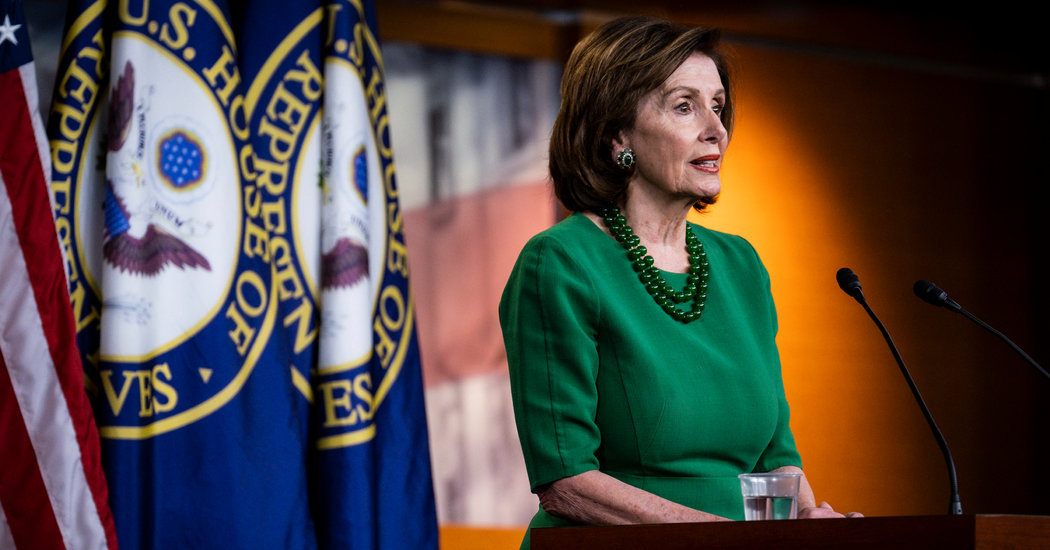 Nancy Pelosi, the speaker of the House, endorsed Joseph R. Biden Jr. on Monday as the Democratic Party continued to coalesce around its presumptive presidential nominee.

Mr. Biden now has the formal support of the party’s last president, Barack Obama; two of its most prominent progressives, Senators Bernie Sanders and Elizabeth Warren; two previous presidential nominees, John Kerry and Al Gore; and its leader in the House, Ms. Pelosi.

In a video released on Monday morning, Ms. Pelosi drew on her years of working with Mr. Biden behind the scenes on legislation when he was Mr. Obama’s vice president, describing Mr. Biden as “a leader with the humility to seek expertise and science, and the confidence to act upon it.”

“When our nation faced the Great Recession, it was Joe Biden who led the implementation — and the accountability — of the Recovery Act, helping create and save millions of jobs. When the Democratic Congress was passing the Affordable Care Act, Joe Biden was a partner for progress in the White House and also championed the cancer moonshot,” she said.

Ms. Pelosi’s chief focus in the 2020 campaign has been on keeping the House in Democratic hands and helping her members, particularly vulnerable freshman, win re-election in November.

While the primary was still competitive, she had remained carefully neutral, preserving her ability to try to distance her caucus from the eventual nominee if she thought it necessary. But she also had words of praise for Mr. Biden, saying “I’m not counting Joe Biden out” after his early losses in Iowa and New Hampshire.

At the same time, she was laying the groundwork to distinguish House Democrats from Mr. Sanders if he won the nomination, unveiling a sweeping alternative to “Medicare for all” and telling reporters, “It is not unusual for a party platform or the candidates for president to have their own agenda that they would put forth, and it’s not unusual for the House of Representatives to have its agenda as well.”

The path to victory for Democrats, she said in February, was with “a message of a bold progressive agenda that is mainstream and non-menacing.”

That is roughly how Mr. Biden has been trying to present his agenda.