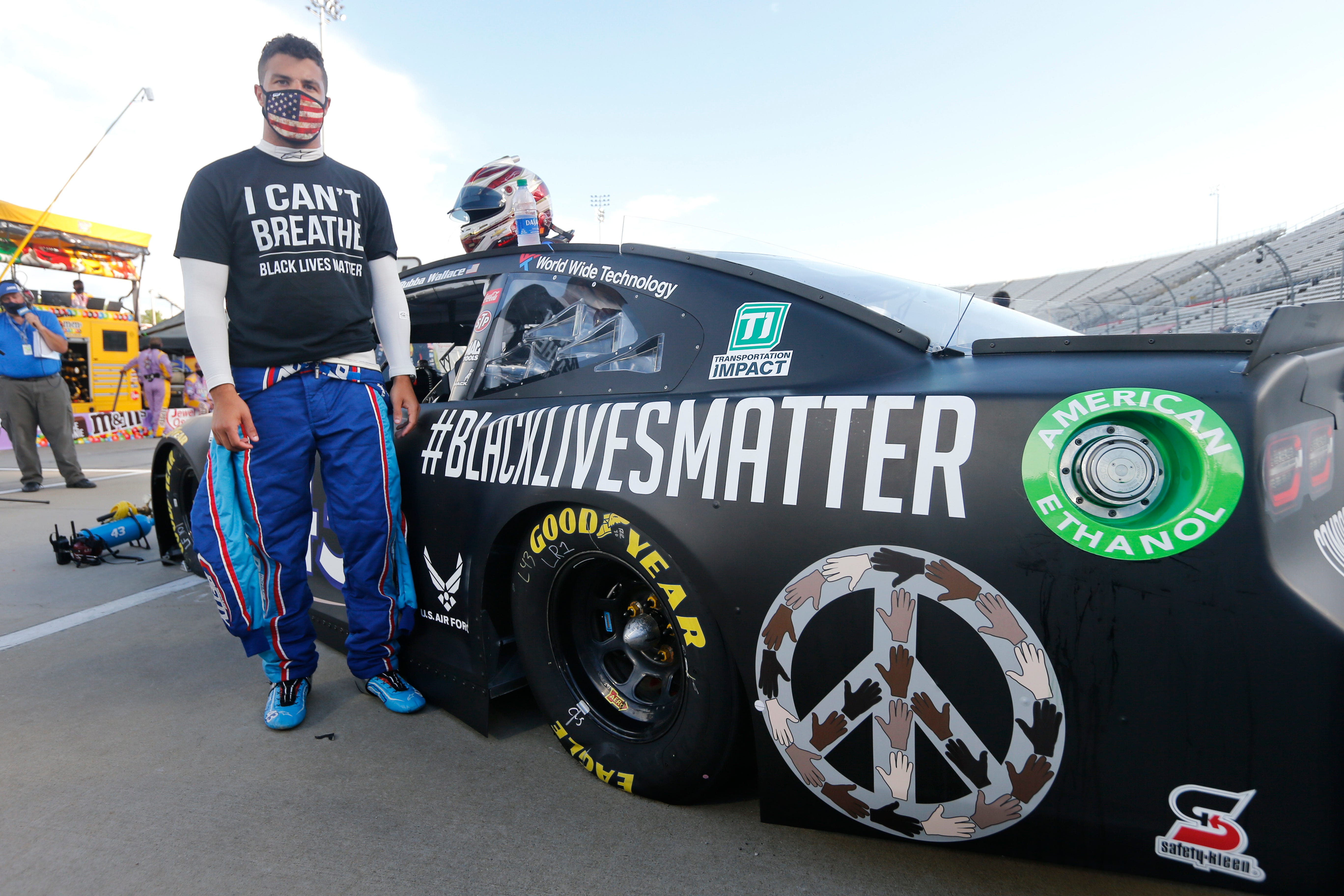 While an FBI investigation concluded on Tuesday that NASCAR driver Bubba Wallace was not the target of a hate crime, it did not dispute that there was a noose in the No. 4 garage at Talladega Superspeedway.

Pictures of the noose, released by NASCAR on Thursday, further confirm that conclusion.

In a conference call with reporters, NASCAR president Steve Phelps said it conducted a thorough sweep of all 1,684 garage stalls at the 29 tracks the league uses.

“They found only 11 total ropes that had a pulldown rope tied in a knot,” he said, “and just one noose: The one in Bubba Wallace’s garage.”

Wallace did not discover the noose himself, nor did he report the discovery of it. Rather, he was informed of its existence by NASCAR, which considered the act a hate crime directed at Wallace. The discovery came just days after the league announced its decision to ban the Confederate flag from all races and events.

After the FBI’s investigation found no crime, Wallace and NASCAR faced some accusations of lying about the incident. Wallace was adamant about the noose’s existence during an interview with CNN on Monday night.

As for the garage pull theory, Wallace was not buying it.

“I’ve never seen a garage pull like that,” he told CNN. “It makes me want to drive over to my mom’s house where we used to race out of our garage and show a garage pull.”