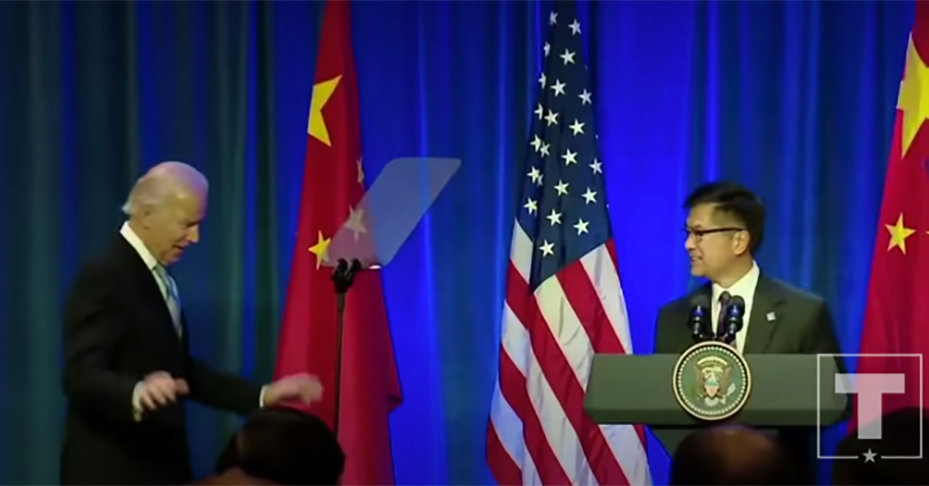 The image, which appears briefly, was pulled from a 2013 event in Beijing, where Mr. Biden, now the presumptive Democratic nominee for president, shared a stage with Gary Locke, the former governor of Washington, who also served as President Barack Obama’s commerce secretary and ambassador to China. Mr. Locke is Chinese-American.

“During America’s crisis, Biden protected China’s feelings,” the online ad says, presenting a montage of clips of Mr. Biden complimenting and praising the Chinese, including the country’s leader, Xi Jinping, and of a news segment accusing Mr. Biden of helping his son Hunter profit off Chinese investments. The picture of Mr. Biden and Mr. Locke is spliced in among the clips.

Mr. Trump’s campaign released the ad on Thursday at a time of rising xenophobia and violence in the United States aimed at Chinese-Americans, as bigots blame them and other Asian-Americans for the outbreak of the coronavirus, which originated in China.

In recent weeks, Asian-Americans have been physically attacked, yelled at and spit upon; organizations have begun to track the incidents, though some have most likely gone unreported.

The Trump campaign defended using an image of an Asian-American to illustrate Mr. Biden’s ties to the Chinese, saying it was selected simply because “that’s the Hunter Biden trip.”

Hunter Biden accompanied his father on the 2013 trip to China. Mr. Trump has repeatedly accused him of using his father’s official visit to further his own business interests, claiming, without evidence, that Hunter Biden walked “out of China with $1.5 billion in a fund.”

“The shot with the flags specifically places Biden in Beijing in 2013,” Tim Murtaugh, a Trump campaign spokesman, wrote on Twitter, referring to the picture with Mr. Locke. “It’s for a reason. That’s the Hunter Biden trip. Memory Lane for ol’ Joe.”

Mr. Murtaugh did not address the fact that Mr. Locke is not Chinese, or that the ad presents the image with no context or explanation.

The campaign’s attack on Mr. Biden for being soft on China also appears at odds with the president’s own positioning toward its leader, Mr. Xi.

Even as Republicans have been seeking to blame China for the spread of the coronavirus — the ad says it has been hoarding masks during what it frames as “America’s crisis” — Mr. Trump has been complimenting Mr. Xi. As recently as last week, the president described the two of them as close allies and good friends.

Mr. Trump and Secretary of State Mike Pompeo have also stopped referring to the coronavirus as the “Chinese virus” or the “Wuhan virus” since his recent phone conversations with Mr. Xi.

A spokesman for the Biden campaign did not immediately respond to a request for comment. But the advertisement drew immediate criticism online.

Andrew Yang, the Taiwanese-American businessman who ran for the Democratic presidential nomination this year, denounced the ad and called out the Trump campaign for including Mr. Locke in it.

“Gary Locke is as America as the day is long,” Mr. Yang wrote on Twitter in response to a tweet by Edward-Isaac Dovere of the The Atlantic highlighting Mr. Locke’s inclusion in the ad. “Trump rewriting history as if he effectively responded to the virus is utter garbage.”