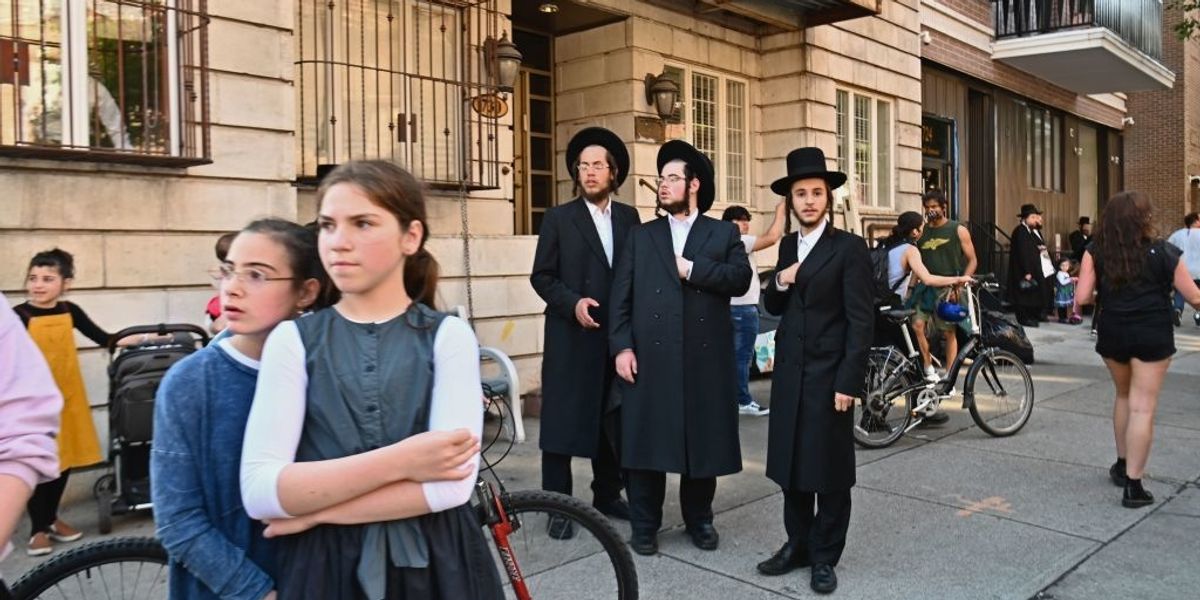 Samantha Liebman and Glenn Schuck, who are both reporters for WINS-AM in New York, are facing harsh blowback online Thursday after attempting to get the United Talmudical Academy in Clinton Hill locked down.

According to WINS’ report, the reporters were tipped off that the school was still allegedly functioning by a neighbor who did not wish to be identified but who we can safely say is probably named Karen. Liebman then tweeted (and Schuck retweeted) their groundbreaking reporting, complete with pictures of the children involved.

Not content with having apparently notified the police of this horror, the intrepid reporters followed up, and learned (according to their report) that the police showed up at the school, but were denied entrance. Being sensible human beings, the police in question then left to go fight real crime. The reporters, however, followed up with City Hall and were told not to worry, the police would return again Wednesday.

Their report went on to note that they called and apparently attempted to knock on the doors of the academy, presumably to harass them further, but got no response.

It almost goes without saying at this point, but Liebman’s coverage of the tens of thousands of protesters who recently violated the same New York social distancing guidelines were not, apparently, a source of great concern for Liebman.

As of the publication of this article, Liebman’s initial tweet has almost 10 times as many replies as likes, and virtually all of the replies are not amused at Liebman’s “reporting.”

Some of the notable responses:

Neither Liebman nor Schuck have yet responded to the torrent of criticism their story has provoked.