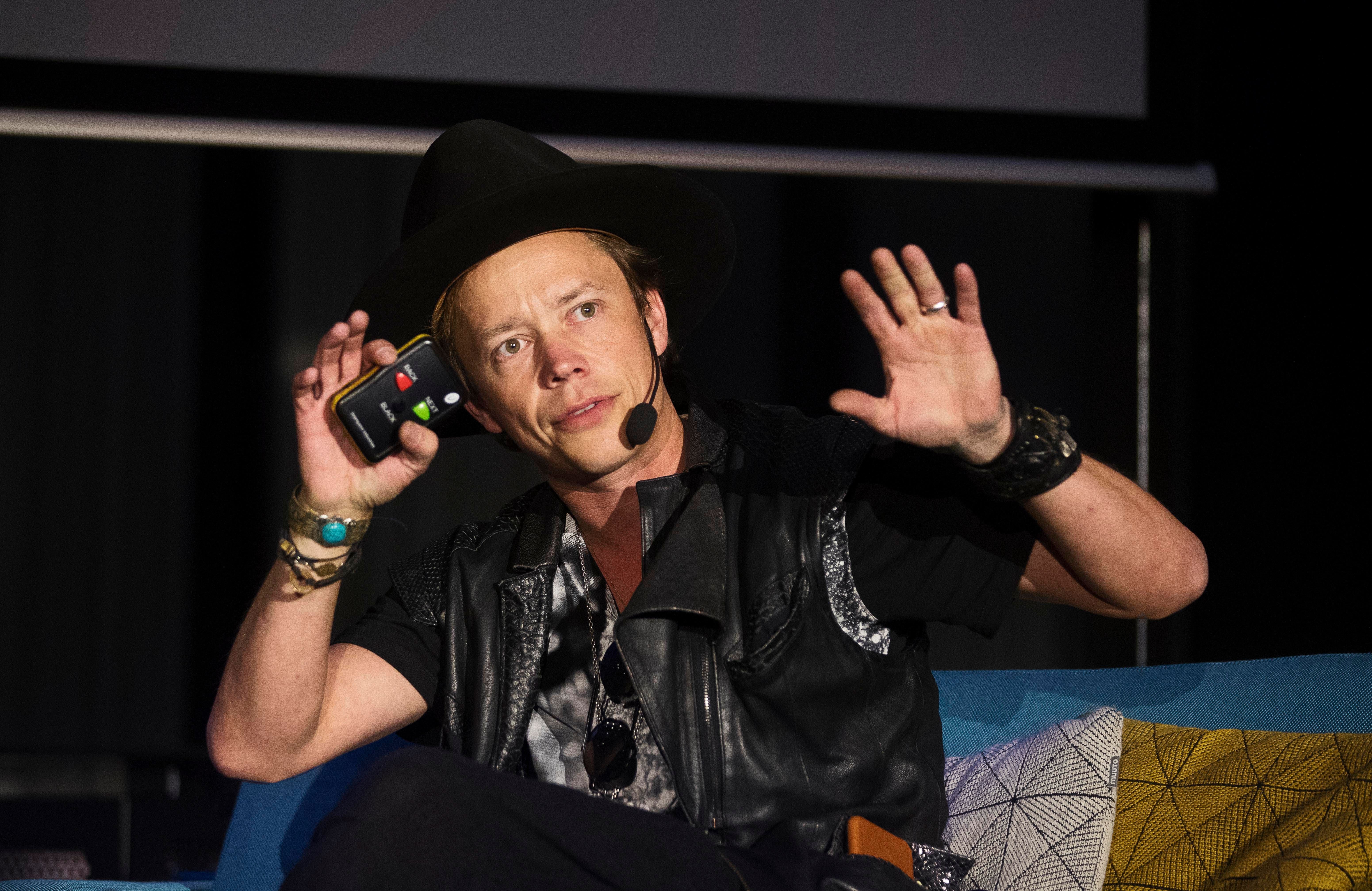 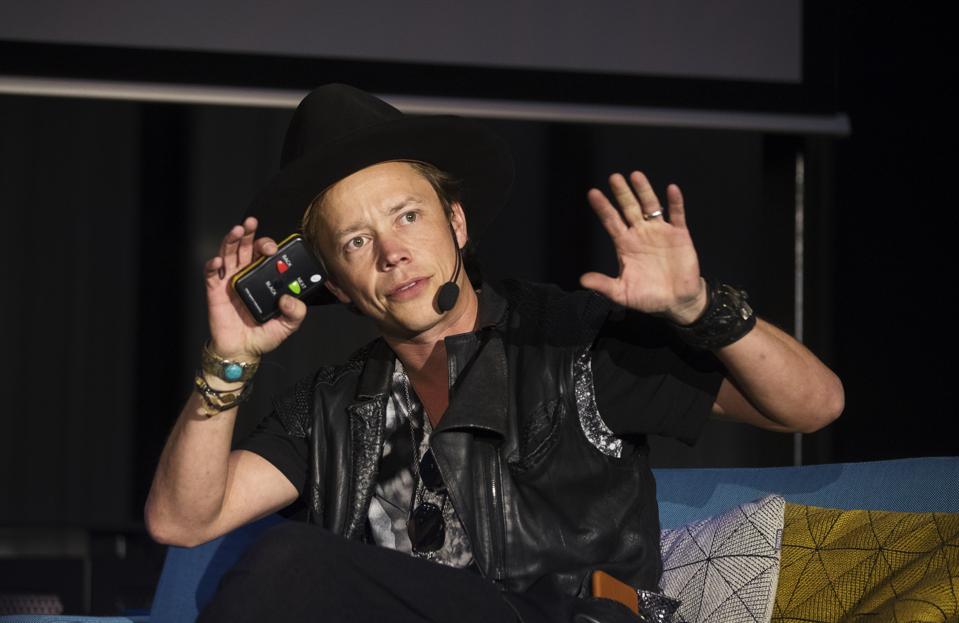 Brock Pierce during the Sime Awards at Epicenter on November 16, 2017 in Stockholm, Sweden. Pierce … [+] is a serial cryptocurrency entrepreneur and recent U.S. Presidential candidate.

Getty Images for The Sime Awards

A New York appeals court today unleashed the state’s attorney general to investigate a number of businesses behind the tether cryptocurrency. While there are no formal accusations of fraud or other wrongdoing, the opinion, from an appellate division of New York’s Supreme Court, gives teeth to subpoenas filed by the attorney general. The respondents, including both Tether Holdings Limited and the Bitfinex cryptocurrency exchange, had unsuccessfully fought the subpoenas at the trial level, before appealing.

The news comes at an awkward time for Brock Pierce, 39, the creator of the cryptocurrency, who this week announced he was running for President of the United States. A representative of the New York State Attorney General says he “cannot confirm or deny that the investigation” includes Pierce.

In 2014, Pierce, who is running as an independent on a pro-technology platform, created the tether currency as a way for cryptocurrency investors to quickly enter and exit a position. Unlike bitcoin and other cryptocurrencies, tether was meant to have a stable price, backed one-to-one by real U.S. dollars. But unlike traditional dollars, it can be moved instantly, while actually cashing out a crypto-asset using banks can take days, and many banks won’t support the service at all.

By November 2018 questions about whether or not the cryptocurrency was actually backed dollar-for-dollar started to circulate and a predecessor of the state attorney general of New York, Letitia James, officially began the investigation. After turning up some promising leads however, Tether and Bitfinex filed an appeal resulting in a temporary halt of the investigation.

With the opinion order dated today, that investigation can resume. The result of what state attorney general James uncovers could impact any of countless owners of the tether cryptocurrency, with a total market value of $10 billion, and depending on whether or not what is found is good or bad for tether, pave the way for a flock of new, regulated, competitors.

“Today’s decision validates our office’s ability to use its broad and comprehensive investigative powers to protect New Yorkers,” said James in a statement provided to Forbes. “Not even virtual currencies are above the law. We are pleased with the court’s decision, and will continue to protect the interests of investors in the marketplace.”

Officially, the case involves, BFXNA Inc. and BFXWW Inc., wholly-owned subsidiaries of iFinex, which operates the Bitfinex cryptocurrency exchange, and Tether Holdings Limited the holding company for Tether Limited, Tether Operations Limited, and Tether International Limited. Though Pierce is not mentioned in the opinion, he not only founded Tether in 2014, but is the co-founder of Block.One, behind the 11th largest cryptocurrency, EOS, valued at $900 million, and Blockchain Capital, one of the most influential venture capital firms in crypto.

Shortly after James started her investigation into the now-Presidential candidate’s business she issued three subpoenas for information going back to 2015, according to the opinion. During the investigation her team turned up information (not disclosed in the subpoena), that unable to get banking support, the respondents were forced to use a “foreign entity to process customer deposits and withdrawals,” according to the opinion.

Specifically, the attorney general previously alleged that Bitfinex had handed over $850 million to third-party payments processor Crypto Capital Corp., based in Panama, to handle customers-withdrawal requests. When the company failed to hold up its end of the bargain the respondents allegedly hid the losses through unspecified machinations, leading some to wonder if they’d simply started printing new tether cryptocurrency without any backing.

At around this time, Tether changed the wording on its site to show that instead of every tether being backed by a U.S. dollar, they were “backed by Tether Holding’s “reserves,” which include unspecified currency, “cash equivalents,” and “other assets and receivables from loans made by Tether [Holdings] to third parties,” according to the opinion. In turn, the respondents also successfully managed to get the investigation halted, temporarily though it may have been.

Grounds for the stay were rooted in questions surrounding an old New York law called the Martin Act that gives the state unusually broad investigatory powers even if malicious intent isn’t proved and no one was actually injured. In certain cases, the act could give the attorney general the power to investigate as a way to avoid harm.

From the Supreme Court’s opinion, authored by associate justice Ellen Gesmer and concurred by three other justices:

“Respondents argue that tether does not qualify as a security or commodity as those terms are defined in the Martin Act, and that the motion court thus lacked subject matter jurisdiction over them. I disagree.”

A statement from Tether is expected to be published on its site before the end of day.

Perhaps counter-intuitively, since the stay was issued in September 2019, tether’s market cap exploded from $4.1 billion to $10 billion today, in spite of the doubts about whether the currency was actually backed by dollars, perhaps giving credibility to Tether’s value proposition. Also over that time though, a newer stablecoin, USDC, co-created by cryptocurrency exchange Coinbase and crypto tech firm Circle, has risen to a market cap of $1 billion today and an even newer competitor, DAI, backed by a wide range of collateral has risen to $190 million. A loss to Tether would almost certainly be a win for the competition, and vice-versa.

Of particular interest to Pierce however is another trend that relates directly to his candidacy. Since Covid-19 a number of Congressional bills have called for the creation of a “digital dollar” similar to tether but sanctioned by the Federal Reserve. As James’ investigation into Brock’s creation picks up steam, questions about whether or not that’s a conflict of interest will certainly have to be answered.

Editor’s note: This story has been updated to show that the investigation started prior to Letitia James assuming the attorney general position.