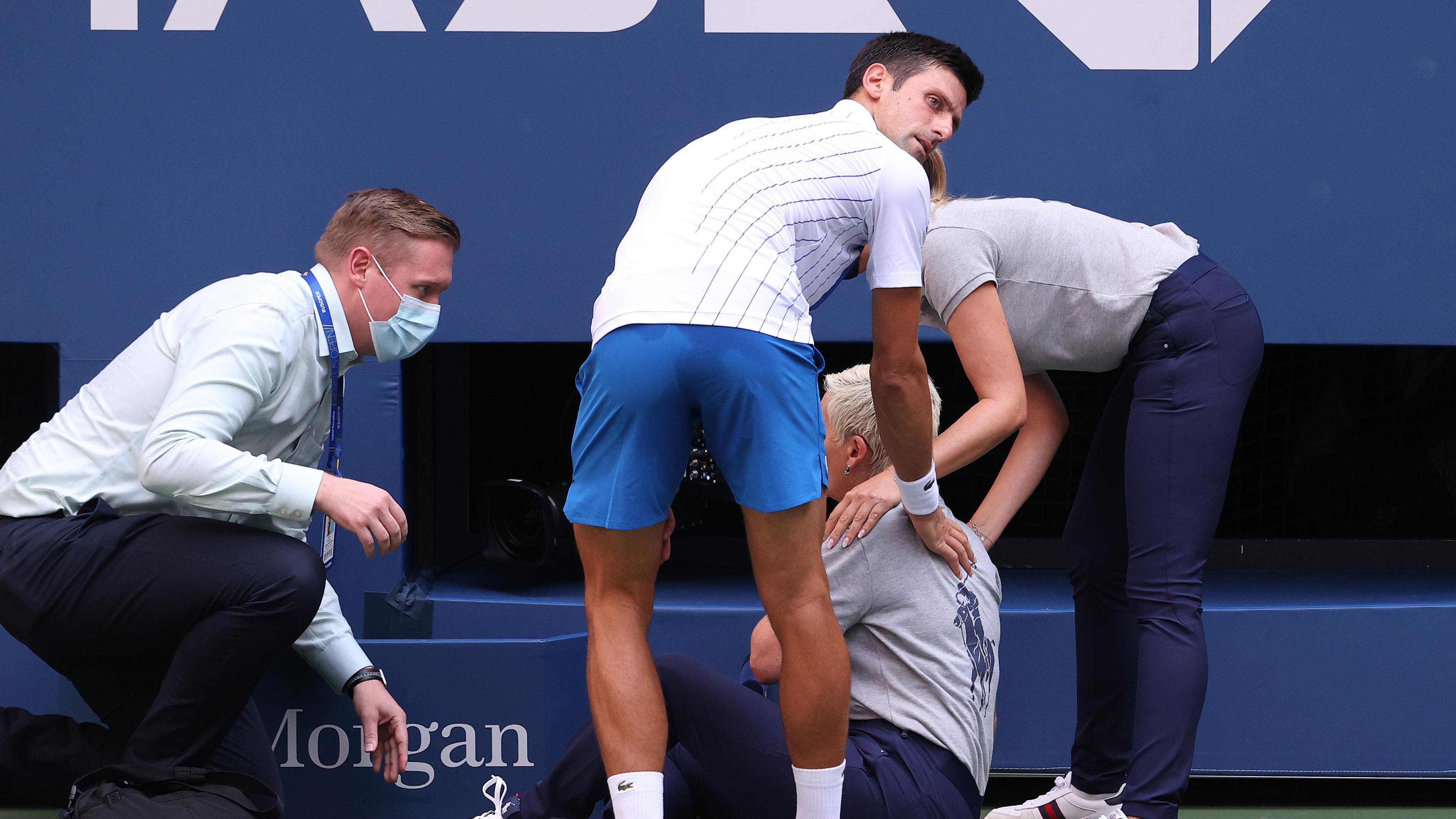 Serbian tennis star Novak Djokovic, the No. 1 men’s player, defaulted from the U.S. Open on Sunday after striking a ball in frustration and accidentally hitting a lineswoman in the throat. 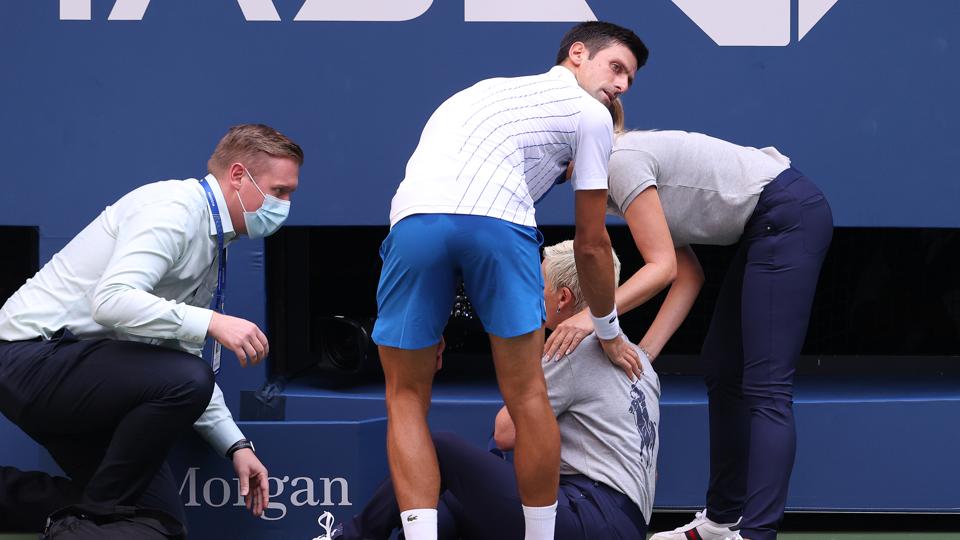 NEW YORK, NEW YORK – SEPTEMBER 06: Novak Djokovic of Serbia tends to a line judge who was hit with … [+] the ball during his Men’s Singles fourth round match against Pablo Carreno Busta of Spain on Day Seven of the 2020 US Open at the USTA Billie Jean King National Tennis Center on September 6, 2020 in the Queens borough of New York City. (Photo by Al Bello/Getty Images)

Trailing the first set of his fourth round match against Spain’s Pablo Carreño Busta, the top-seeded Djokovic hit a ball toward the back of the court which struck the lineswoman in the neck, causing her to drop to the ground.

After discussions with tournament referee Soeren Friemel, Djokovic was defaulted, ending his chance of going for an 18th Grand Slam in a tournament without Rafael Nadal and Roger Federer.

Held behind closed doors, the U.S. Open is the second Grand Slam of 2020 and the first during the global Covid-19 pandemic, with Djokovic winning a singles title at the 2020 Australian Open in February.

Djokovic chose not to address the media following the incident, with former tennis star Tim Henman commenting, “Unfortunately he’s compounding the error. . . .By, in essence, running away, it’s going to go on longer.”

Djokovic entered the tournament amid scrutiny over actions and statements made during the pandemic, including his opposition to vaccines, saying in April, “I am opposed to vaccination, and I wouldn’t want to be forced by someone to take a vaccine in order to be able to travel.”

He was further mired in controversy in June after organizing an exhibition tournament without social distancing protocols and soon after testing positive for Covid-19, along with several others that took part in the event.

Djokovic will lose all ranking points earned at the U.S. Open and will be fined the prize money won at the tournament, along with any other fines from the incident, according to a statement from the U.S. Tennis Association. This will be the first Grand Slam since 2004 to not feature Federer, Nadal or Djokovic in the semifinals.