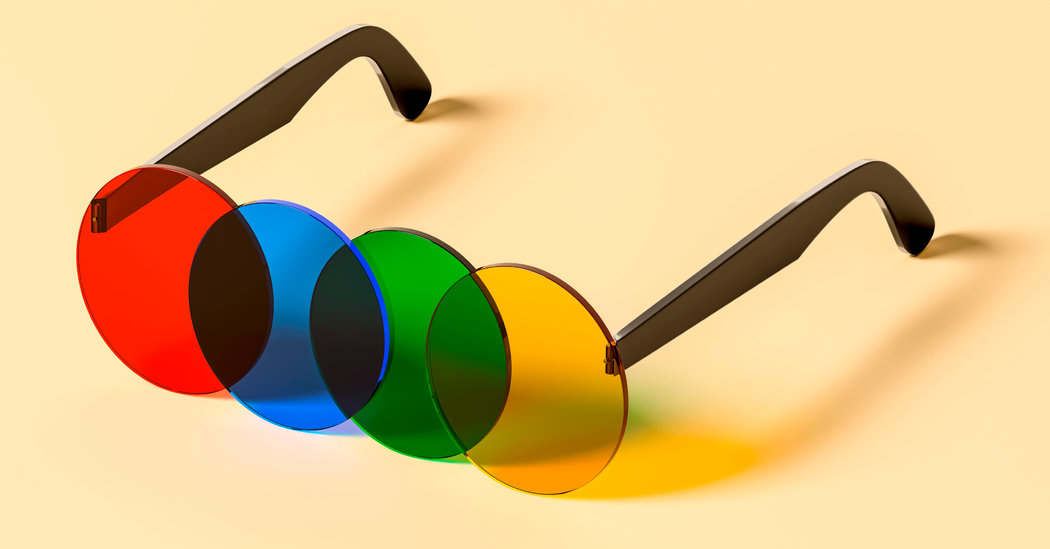 In an effort to shed more light on how we work, The Times is running a series of short posts explaining some of our journalistic practices. Read more of this series here.

Ever since a young publisher named Adolph S. Ochs bought The New York Times in 1896, its mission has been “to give the news impartially, without fear or favor, regardless of party, sect, or interests involved.”

Independence remains the bedrock of our journalism. But what does it mean in practice?

As journalists, we work hard to set aside our personal views and approach every assignment with an open mind.

Bill Keller, a former executive editor of The Times, used to say that one of the most important things for reporters to do is to report against their own preconceptions, to actively seek out perspectives that might be contrary to their own.

Maggie Astor, a politics reporter, puts it like this: “I don’t think it’s possible to live in the world — much less be immersed in politics day in and day out — and not have opinions. But part of my job, when I’m reporting and writing, is to ask myself, ‘Would I pose this question this way, or would I write this article this way, if my own opinions were different?’ And if the answer is no, I stop and recalibrate.”

As New York Times employees, we are required to extend this self-scrutiny beyond our work, to the places where our personal and public lives intersect. Newsroom staff members may not participate in political advocacy, like volunteering for candidates’ campaigns or making contributions.

“And, by extension, we ask them to be very careful and mindful about other contributions and donations they make and volunteer work they do,” Philip B. Corbett, The Times’s standards editor, explains.

We should not wear campaign buttons or display any other insignia of partisan politics, such as bumper stickers or lawn signs. Nor may we serve on government boards or run for public office.

This goes for reporters, editors, photographers, artists, designers, researchers and other staff members in every news department of The Times, not just for those who cover politics.

We asked several colleagues how they think about political impartiality.

Kim Severson, a national food correspondent, considers the importance of applying the same rules to everyone in the newsroom:

You might think it doesn’t matter if a reporter profiling a chef or testing a new recipe campaigns for a school board candidate or goes to a rally, but it does. Every Times journalist, no matter how unrelated to politics our beats may seem, has to uphold the same standards of impartiality when it comes to politics. Anything that puts a dent in that standard hurts the paper and makes it harder for the reporters who work on the front lines of political coverage.

Elizabeth Dias, a national correspondent covering faith and politics out of the Washington bureau, puts readers ahead of what she does in her free time:

I don’t go to marches, though that’s the hobby du jour in Washington right now. When my friends point out that Americans have the right to free assembly, I agree. I just also think of another First Amendment right, freedom of the press, and that is my focus. Impartiality, for me, is not about hiding something I really think, or trying to keep my real views from being exposed. It is about trust. I think about my readers a lot. I want them to trust me.

Not attending a rally or a march is one thing, but what about voting — wouldn’t a neutral journalist decline to choose a candidate in order not to take sides? Mr. Corbett draws the line:

I think voting is a baseline action as a citizen. I wouldn’t feel comfortable suggesting that our journalists shouldn’t vote. But we don’t need them to go any further than that.

Some of our journalists, including our chief White House correspondent, Peter Baker, do go further, though:

I try hard not to take strong positions on public issues even in private, much to the frustration of friends and family. For me, it’s easier to stay out of the fray if I never make up my mind, even in the privacy of the kitchen or the voting booth, that one candidate is better than another, that one side is right and the other wrong.

Stephanie Saul, a politics reporter, votes but has opted out of one part of the process:

For more than 25 years, my New York voter registration has been “no party.” It places me in the category of a swing voter, so I get lots of door-knockers trying to sway my vote.

There are many ways that journalists work to steer clear of politics in their personal lives, but doing so isn’t always easy or straightforward. Social situations can be particularly challenging. Hanna Ingber, a newsletter editor and the former editorial director of the newsroom’s Reader Center, grapples with how to approach the subject on dates:

These days, it can feel like politics is everywhere and everything is politically charged. Even dating apps ask for your political affiliation. It’s easy not to fill out that question, but what happens when a match asks about your views or which candidate you support? As a journalist, I struggle with how much to say — and prefer interrogating my dates on their opinions. Perhaps we need a policy on this: On Date 7 you are allowed to express your political perspectives.

What if we’re talking about issues instead of candidates — issues that may often be associated with the left or the right but that also transcend politics? Ms. Astor strives to keep everything in perspective:

I think it’s crucial to remember that the goal is fairness and truthfulness. My opinions on, say, economic policy should not influence my reporting in any way. But while “climate change is real” is technically a “side,” it’s also the truth. “Racism and misogyny are wrong” is a “side,” but also a basic element of human decency. So it’s important to me to remember the difference.

Perhaps the biggest challenge, says Michael Slackman, our International editor, is being aware of implicit bias, our unconscious attitudes and beliefs. To look beyond the prism of their own life experiences, his foreign correspondents have to know what they don’t know and immerse themselves in the countries they cover. Through in-depth, on-the-ground reporting, they take nothing at face value. And they are relentless at questioning and pushing back against those in charge — an instinct, Mr. Slackman notes, that frequently extends off the job.

I’m genetically distrustful of authority. It’s about fairness and justice, not specific causes. The powerful need to be held accountable. The voiceless need to be given a voice. That’s in all corners of my life.

A note to readers who are not subscribers: This article from the Reader Center does not count toward your monthly free article limit.

Follow the @ReaderCenter on Twitter for more coverage highlighting your perspectives and experiences and for insight into how we work.