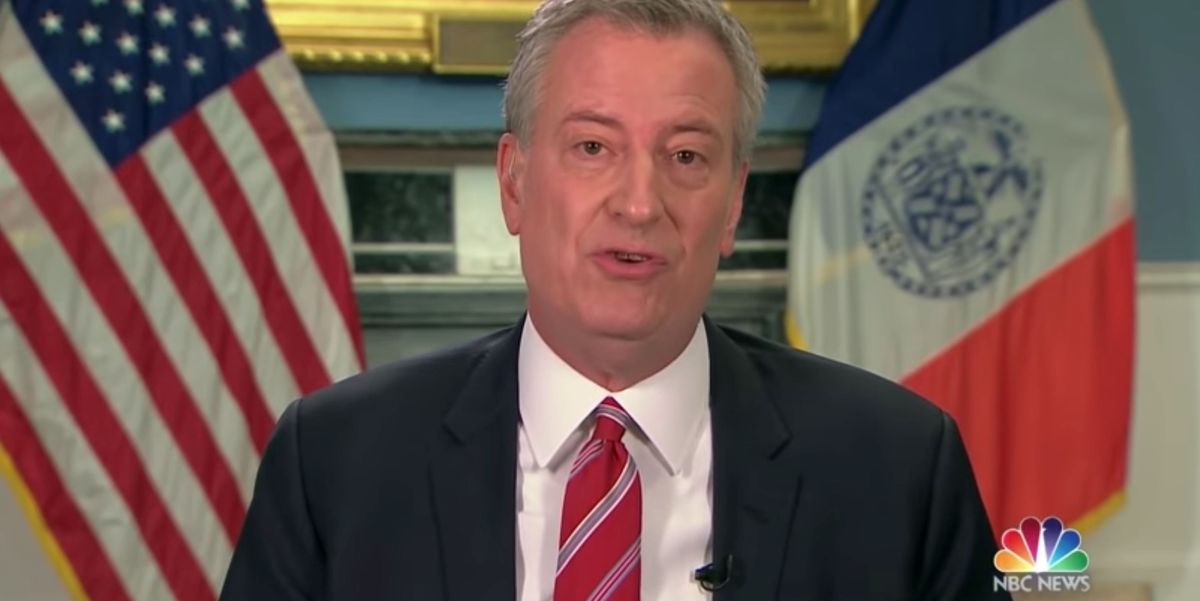 Unfortunately, New York currently accounts for nearly half of all known coronavirus cases in the United States — more than 15,000 active, confirmed cases as of Sunday afternoon — and the situation there is only getting worse.

Speaking on NBC’s “Meet the Press,” de Blasio claimed the president is dragging his feet and refusing to help out his home state.

“The truth is — and New Yorkers and all Americans deserve the blunt truth — it’s only getting worse. And in fact, April and May are going to be a lot worse,” de Blasio said. “The president of the United States is from New York City and he will not lift a finger to help his hometown.”

“I can’t be blunt enough. If the president doesn’t act, people will die who could have lived otherwise,” de Blasio said.

The New York City mayor revealed that he has repeatedly asked for the military to be mobilized and for “the Defense Production Act to be used to its fullest to get us things like ventilators so people can live who would die otherwise.”

“The military is the best logistical organization in the nation. If there are ventilators being produced anywhere in the country, we need to get them to New York. Not weeks from now or months from now, in the next 10 days,” de Blasio said. “Why are they at their bases? Why are they not being allowed to serve? I guarantee you they’re ready to serve. But the president has to give the order.”

News DSMW - June 21, 2021
0
The father of Pharrell Williams’ late cousin filed a $50 million wrongful death lawsuit Monday after his son was fatally shot by police in Virginia. Wayne Lynch claimed his 25-year-old son, Donovan, was a “young, innocent, black man” who was shot “unlawfully and without warning” in March by a cop responding...
MORE STORIES