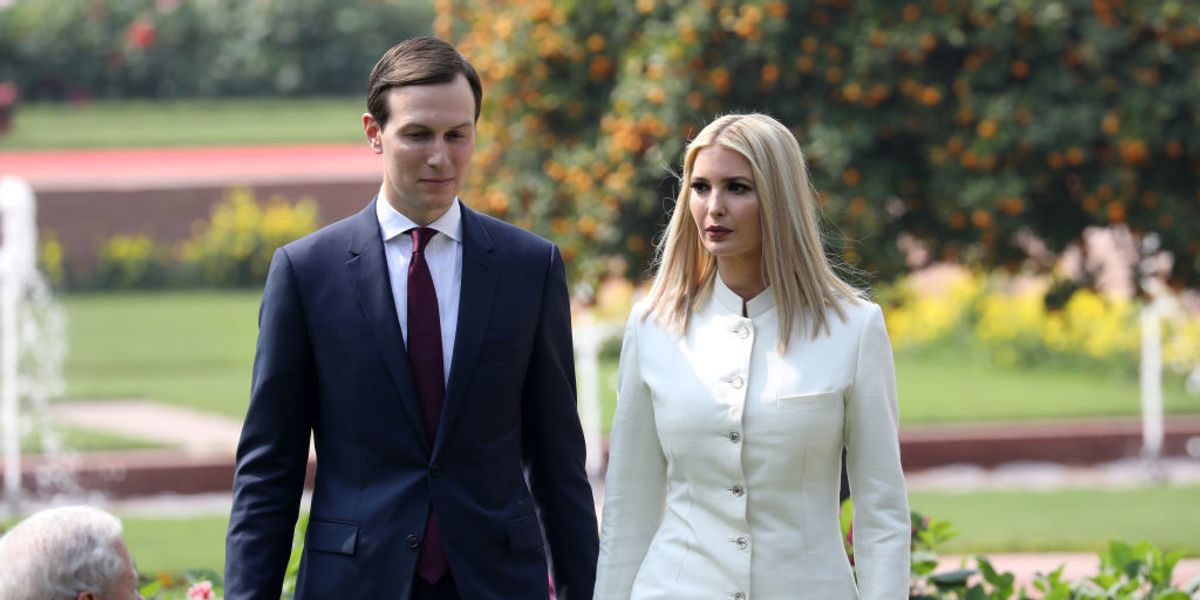 The New York Times updated the sub-headline of an article about President Trump’s daughter Ivanka Trump and son-in-law Jared Kushner on Tuesday after liberals complained on Twitter.

The article, titled, “As Their D.C. Days Dwindle, Ivanka and Jared Look for a New Beginning,” originally featured a sub-headline, stating, “The end of President Trump’s time in office leaves his daughter Ivanka Trump and his son-in-law, Jared Kushner, as well-to-do refugees — but they appear to have plans in New Jersey,” Fox News reported.

Not long after the article was published, however, liberals on Twitter blasted the newspaper for its use of the phrase “well-to-do refugees” to describe the couple, arguing the term is offensive because of the Trump administration’s policies regarding refugees.

Former NYT writer Kendra Pierre-Louis wrote, “I have a lots of thoughts about this story but using the word ‘refugee’ in the dek when they were part of an administration that all but criminalized being a refugee … is a choice.”

I have a lots of thoughts about this story but using the word “refugee” in the dek when they were part of an admini… https://t.co/VX3oOSgiYI

This subhed refers to Mr Kushner & Ms Trump as “well-to-do refugees.” That is obscene; and absurdly callous with 10… https://t.co/I7UiKxo1ke

Others on the platform soon followed in condemning the Times, many slamming the Trump administration’s immigration policy in the process.

“This entire article is a white-washing of Kushner/Ivanka’s culpability in this administration — already seeing their images ‘softened,'” one user wrote.

Another added: “Sanitizing monsters is not an honorable profession.”

What does it say now?

The Times appeared to take the hint Tuesday, updating the subhead by removing the phrase in question and replacing it with “looking for a new home.”

The full subhead now reads: “The end of President Trump’s time in office leaves his daughter Ivanka Trump and his son-in-law, Jared Kushner, looking for a new home — but they appear to have plans in New Jersey.”

There is no editor’s note on the article documenting and explaining the change, as is standard journalistic practice.

The Times bowing to woke mob pressure is nothing new. In March, the newspaper changed a headline three times in order to shield Democrats from blame after they blocked passage of a coronavirus relief bill. The headline evolved from “Democrats Block Action on $1.8 Trillion Stimulus” to “Partisan Divide Threatens Deal on Rescue Bill.”

Then in September, the newspaper stealth-edited a highly criticized claim about America’s founding made in its controversial “1619 Project.” More examples of similar behavior can be seen here and here.

Fox News, in its coverage of this latest headline alteration, noted that former New York Times opinion editor Bari Weiss suggested that Twitter had become the “ultimate editor” of the paper in her scathing resignation letter in July.

The Times did not immediately return a request for comment to Fox News.