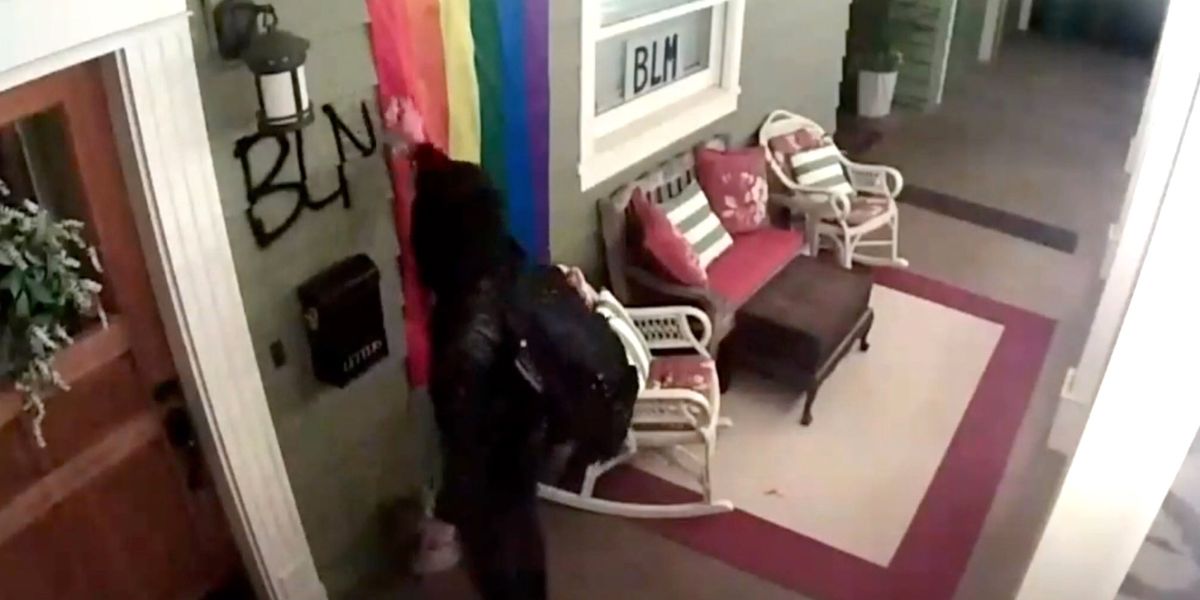 The mayor of Olympia, Washington, expressed support for the Black Lives Matter cause, but when her own home was vandalized she called it similar to “domestic terrorism.”

Mayor Cheryl Selby made the comments after her home was vandalized on Friday with Black Lives Matter graffiti despite her already displaying support for the movement.

“I’m really trying to process this,” the mayor said Saturday to The Olympian. “It’s like domestic terrorism. It’s unfair.”

The vandalism was a part of a protest that turned to rioting in downtown Olympia. Businesses were vandalized with spray paint, flags were burned and windows were smashed. Then they marched into Selby’s neighborhood.

Surveillance video shows one black-clad rioter, who appears to be white, spray painting “BLM,” “racist,” and “abolish” on her home.

“It hurts when you’re giving so much to your community,” she said.

Selby and her family were not home, but her neighbors began texting her when the protesters arrived at her house.

Selby, who is white, had previously issued a statement in support of peaceful protests that criticized police for the May 25 death of George Floyd in Minneapolis.

“Every day since his murder, our country has shaken. Convulsing between fear, rage, and nausea. We should feel sick. Those of us who hold the most microphones in our communities should feel nauseous,” she said.

“Let me be clear,” she concluded, “the city of Olympia supports the peaceful protests that highlight the racial injustices black people continue to endure at the hands of police in the United States.”

Here’s a local news report about the vandalism: