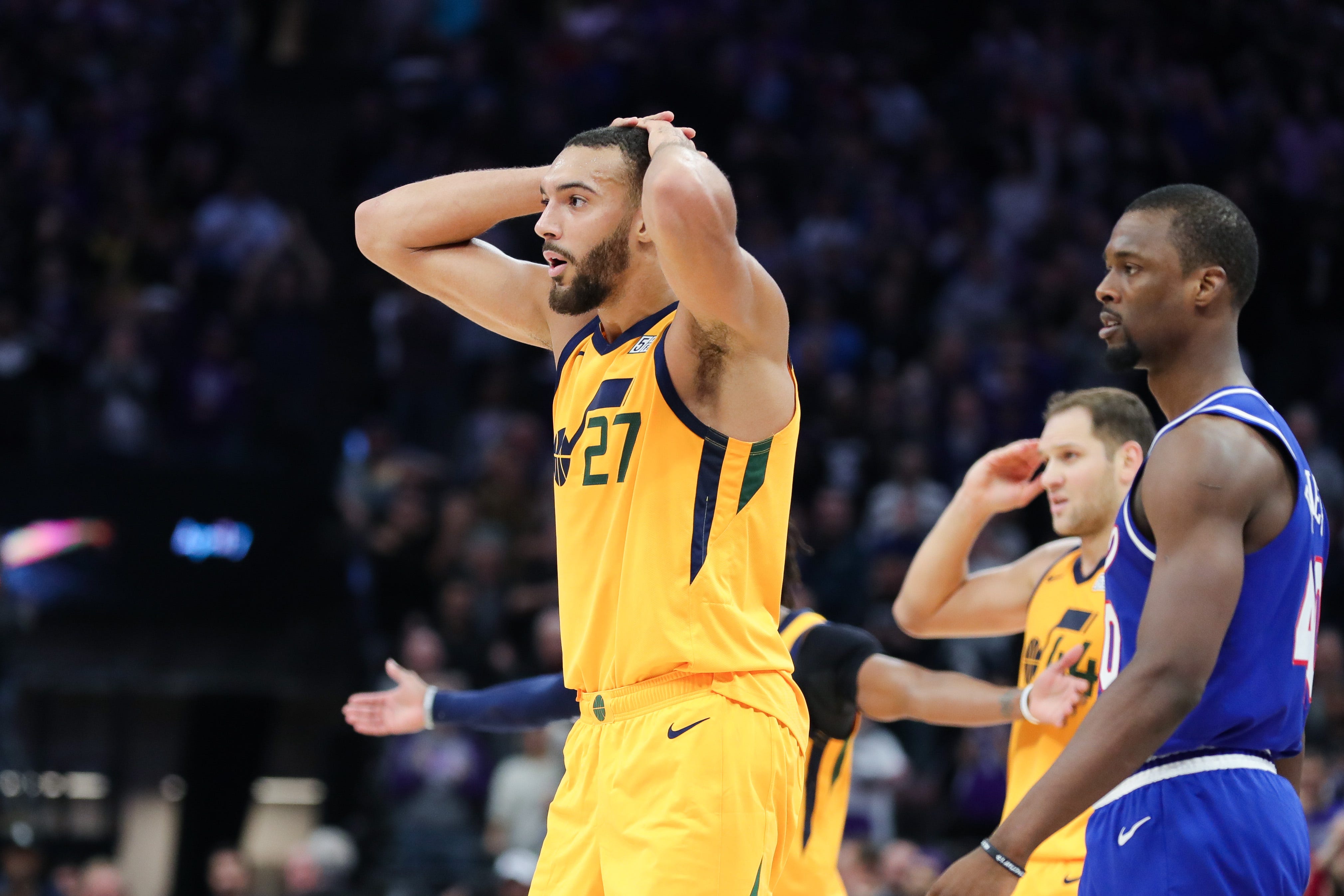 Before Utah Jazz center Rudy Gobert was diagnosed, forcing the game with Oklahoma City to be postponed, the league on Wednesday contemplated continuing the season by playing games with essential personnel and no fans or suspending play.

Initially, the NBA postponed a decision until Thursday, while the NCAA announced it would hold the men’s and women’s basketball tournaments without fans and several other events were postponed or canceled hours after the World Health Organization said COVID-19 was a pandemic.

Then, Gobert was diagnosed.

That forced the NBA’s hand, and it suspended the season. It was the only decision the league could make, and it’s one the league should’ve made earlier Wednesday before Gobert’s positive test.

NOT A GOOD LOOK:Gobert jokingly touched reporters’ recorders days ago

ARMOUR:Common sense prevails in NBA, NCAA — but not for right reasons

This ought to be a lesson to other leagues and conferences. Don’t waste time. Make firm and difficult decisions at the expense of entertainment and lost revenue.

Gobert played four games in the past week, against the New York Knicks, Boston Celtics, Detroit Pistons and Toronto Raptors and his teammates were on the court with the Oklahoma City Thunder on Wednesday.

And, for some immature reason, Gobert touched microphones and reporters’ recorders during a news conference Monday — after the NBA had sent memos informing players of the serious and growing health issue.

So, the NBA suspended “games until further notice. The NBA will use this hiatus to determine next steps for moving forward in regard to the coronavirus pandemic,” the league said in a statement.

The games, the wins, the losses, the awards, the revenue — they’re not that important. Not in the face of a pandemic that has alarmed health experts. The sooner this is under control, the sooner we can get back to our entertainment.

It seemed absurd to consider some of these scenarios weeks ago, but as the disease spread, the unfamiliar became reality.

Think about this: Gobert and the Jazz just played against four teams with four sets of three-person referee crews in addition to team personnel, reporters and anyone else Gobert encountered. At the very least, players and personnel on those teams will need to watch for symptoms, be in quarantine for 14 days and possibly get tested.

According to the Centers for Disease Control and Prevention, COVID-19 “seems to be spreading easily and sustainably in the community (‘community spread’) in some affected geographic areas.”

In working through options, the league wanted to protect the health of players. It wanted to minimize risk – while still keeping open the idea of playing games, and the last thing it wanted was a player contracting the virus.

Now, the NBA will decide what’s next after making sure its players get the medical attention they need. It will have options.

It could try to squeeze in an 82-game season (there are more than 260 remaining)and just move back the start of the playoffs, including the Finals, the draft, free agency and the Las Vegas Summer League — while considering the Tokyo Olympics, if that event is held.

Or the league could decide to play the remaining games scheduled when play resumes even if it means less than an 82-game season. The league has done that before in lockout seasons — 66 games in 2010-11 and 50 games in 1998-99.

These are extraordinary circumstances.

And there’s another scenario. If the outbreak doesn’t slow by a certain time, say it’s still a serious problem in May, it isn’t that unfathomable to envision the league canceling the season and going without a champion.

No one wants that. But it’s what the NBA, its players, staff and partners may have to confront.