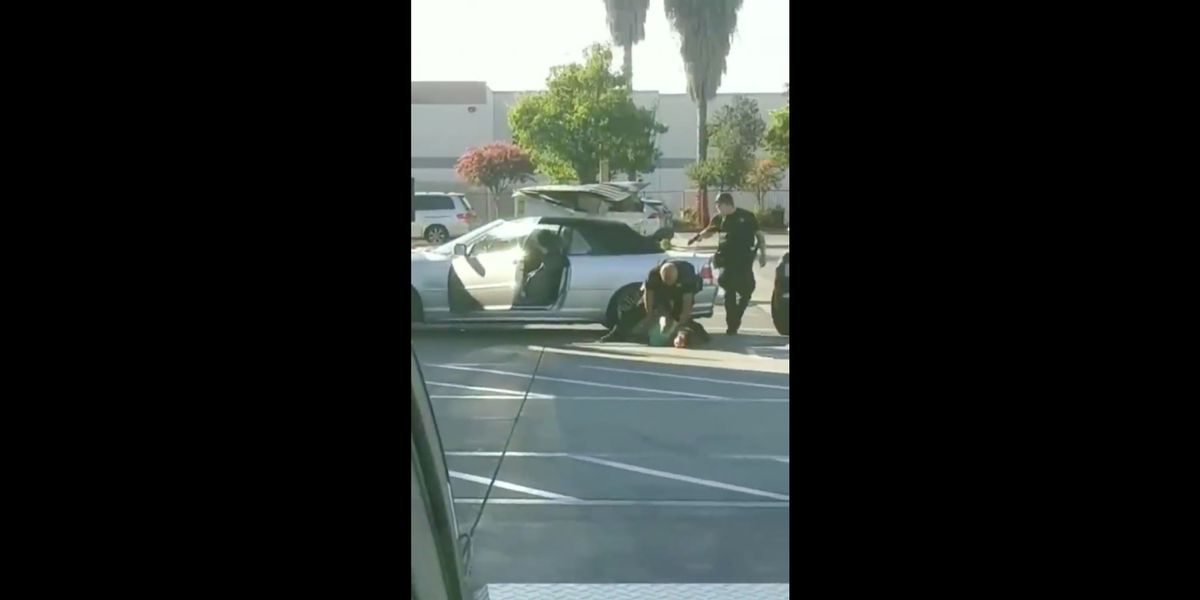 A San Jose, California, police officer is on desk duty after a viral video showed him charging a woman, kicking her, and dragging her across hot pavement during a recent traffic stop.

The incident took place on Wednesday in a McDonald’s parking lot.

A bystander captured footage of the incident, which showed an unidentified police officer accosting a woman later identified to be 39-year-old Guadalupe Esperanza Marin.

During the exchange, the officer can be seen running toward Marin and kicking her in the side. Marin falls over, lands facedown on the pavement, where the officer handcuffs her and drags her to a waiting unmarked police car.

The video ends with the woman leaning up against the vehicle with her hands cuffed behind her back.

Mercury News reports that the dramatic arrest took place in front of two children and another woman.

San Jose Police Chief Eddie Garcia addressed the incident in press remarks, saying, “I understand the scrutiny we are going to receive when these type of videos go viral. We’re not going to run away from it. But what you’re seeing in a small clip of a larger situation.”

Authorities arrested Marin on charges of driving on a suspended license, possession of paraphernalia, and resisting arrest.

It wasn’t the first time officers attempted to take Marin into custody.

Marin reportedly eluded officers twice in nearly as many weeks.

The first attempted stop was reportedly for an expired registration.

Garcia said, “A vehicle takes off from police twice, there are people in the car, and the officers don’t know what’s going on. People don’t flee from police for no reason.”

“That said,” he added, “I totally understand the sensitivity, and the scrutiny here. We’re looking at the force that was used and analyzing it.”

A spokesperson for the DA’s office says it is “carefully reviewing the incident” involving Marin and the San Jose police officer.